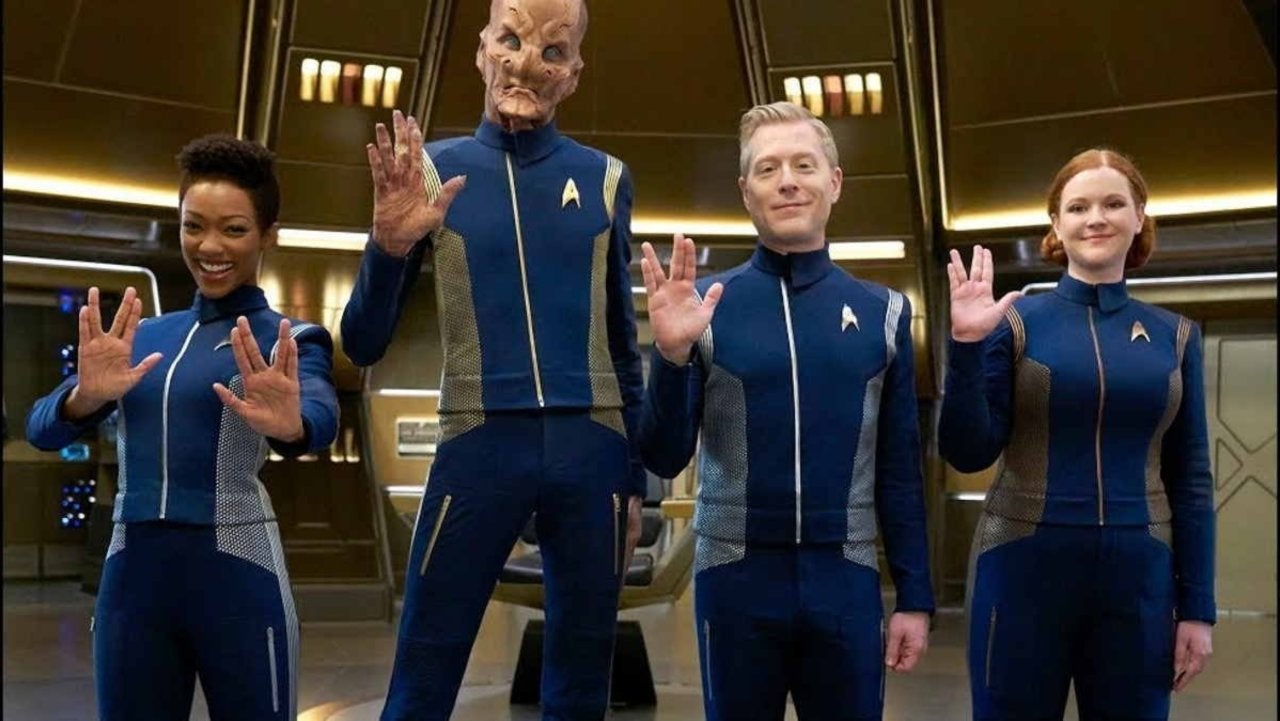 “Nothing would make me happier,” Kurtzman says. “I’ve thought about this, and if we ever did a Short Trek, that would be the perfect format for it. The thing is, if you’re going to do a musical, it would have to be as brilliant as ‘Once More, With Feeling’ from Buffy the Vampire Slayer… It has to have a concept that makes a musical necessary, or you have to come up with a really, really good reason for people to start breaking out into song, and we have yet to really explore that. But nothing would make me happier. I would die to see that.”

As mentioned on the podcast, Kurtzman does keep casting actors with musical talent in Star Trek, as if he’s preparing for the eventual musical. Star Trek: Discovery‘s Anthony Rapp was part of the original broadway cast of Rent. Star Trek: Picard’s Isa Briones has also released recorded music and performed the “Blue Skies” rendition used in Picard‘s first season finale.

The last time Kurtzman brought up the idea of a Star Trek musical was during a wide-ranging interview in 2020. At the time, he was discussing the potential wide-ranging variety of episodes they could produce via Star Trek: Short Treks.

“As a writer and as a storyteller, it’s a real challenge to figure out how to have a beginning, a middle, and an end in a much more compressed period of time and there’s so many different forms that these could take,” Kurtzman told Gold Derby. “I’d love to do a musical, for example. I’d love to do one in black and white, figure out what that means. I can probably think of 50 different ways that we can tell stories and 50 different crevices of the Star Trek universe to explore. That may not be the right kinds of crevices for the larger shows, but I think we always think of the Short Treks as, these are the scenes that are just as important as what’s going on in the main shows but that you wouldn’t actually have time for. These are the moments that you can drill down on. So I’d love to. I’d love nothing more.”

Would you like to see a Star Trek musical? Let us know in the comments. Star Trek: Discovery, Star Trek: Picard, and Star Trek: Short Treks are streaming now on Paramount+.