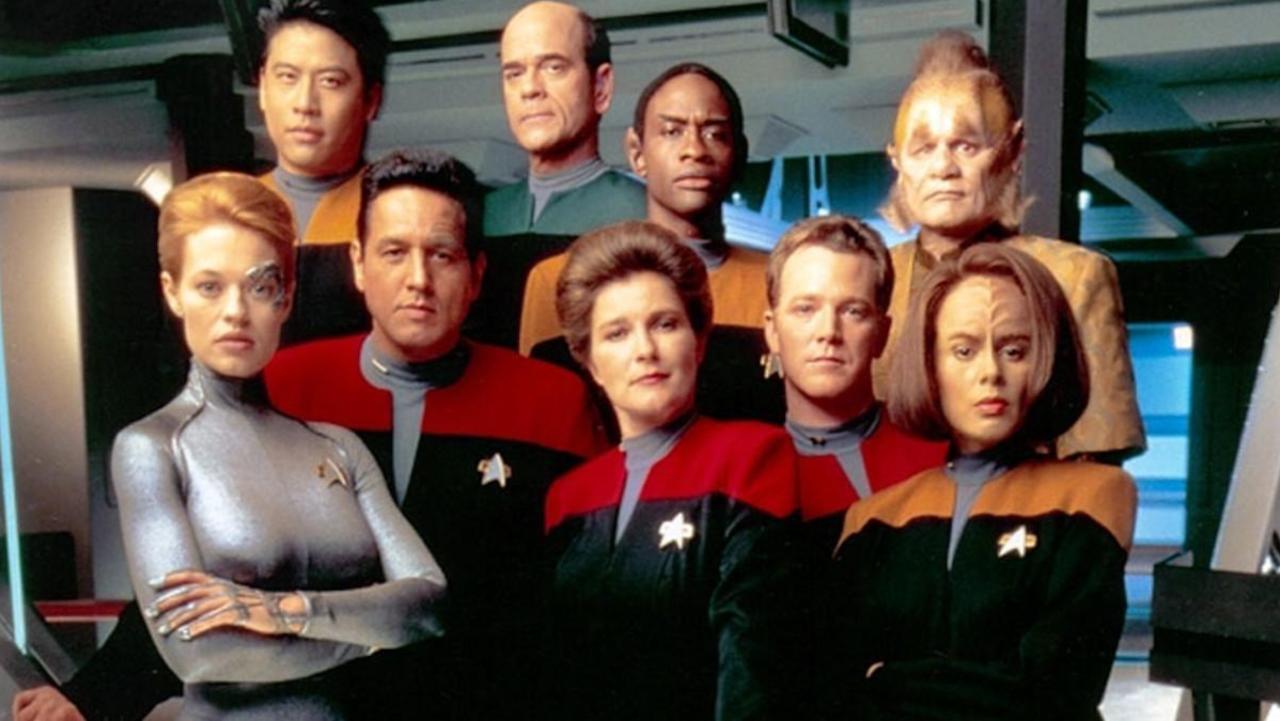 Kate Mulgrew won’t be the only Star Trek: Voyager star rejoining the Star Trek universe in Star Trek: Prodigy. Prodigy‘s producers previously announced Mulgrew’s return as Capt. Kathryn Janeway in Prodigy. During Sunday’s Star Trek: Voyager panel at The 55-Year Mission convention, one of her co-stars announced they’d be along for the ride. As reported by TrekCore and TrekMovie, Robert Beltran, who played Maquis infiltrator turned Janeway’s first officer Chakotay in Voyager, will be back in Prodigy. “I don’t know if I’m supposed to say this or not yet,” Beltran said. “I’m working on this voiceover/animation thing that Kate [Mulgrew] is doing, Star Trek: Prodigy.”

It’s unclear how Beltran will return. Mulgrew’s Janeway in Prodigy is a hologram programmed into the show’s ship, the USS Protostar, somewhere in the Delta Quadrant. That means Chakotay is likely lightyears away. It could be that Beltran is playing a new character. Otherwise, could it be possible that the Janeway hologram isn’t the only hologram programmed into the Protostar? Or that it’s able to render holograms of other Voyager crew members from Mulgrew’s memories?

Speaking of Star Trek: Prodigy, during a podcast interview with Dennis Miller, Mulgrew said, “Five kids are incarcerated on an obscure planet in an uncharted part of the galaxy,” Mulgrew says. “They escape from their imprisonment and race across the planet to find a defunct starship buried in the sand of the planet’s surface. They go in, and of course, the prison guards are coming after them, and they can’t get it up, and the shields won’t run — and suddenly, somebody hits a button, and [hologram turns on noises]: ‘Hello kids, I see you’re a little bit stuck here. Can I help you out?’ It’s Captain Janeway, in a holographic form.

“It’s really, I think, going to capture the imagination of little kids. And if they can sit with their mothers, who watched me in live-action, and their fathers who loved the other guys, we’ve got a family affair and that will bring it full circle.”

Dan and Kevin Hageman (Trollhunters and Ninjago) created Star Trek: Prodigy, the first Star Trek series for young viewers. The show follows “a motley crew of young aliens who must figure out how to work together while navigating a greater galaxy, in search for a better future. These six young outcasts know nothing about the ship they have commandeered — a first in the history of the Star Trek franchise — but over the course of their adventures together, they will each be introduced to Starfleet and the ideals it represents.”

What do you think? Let us know in the comments.