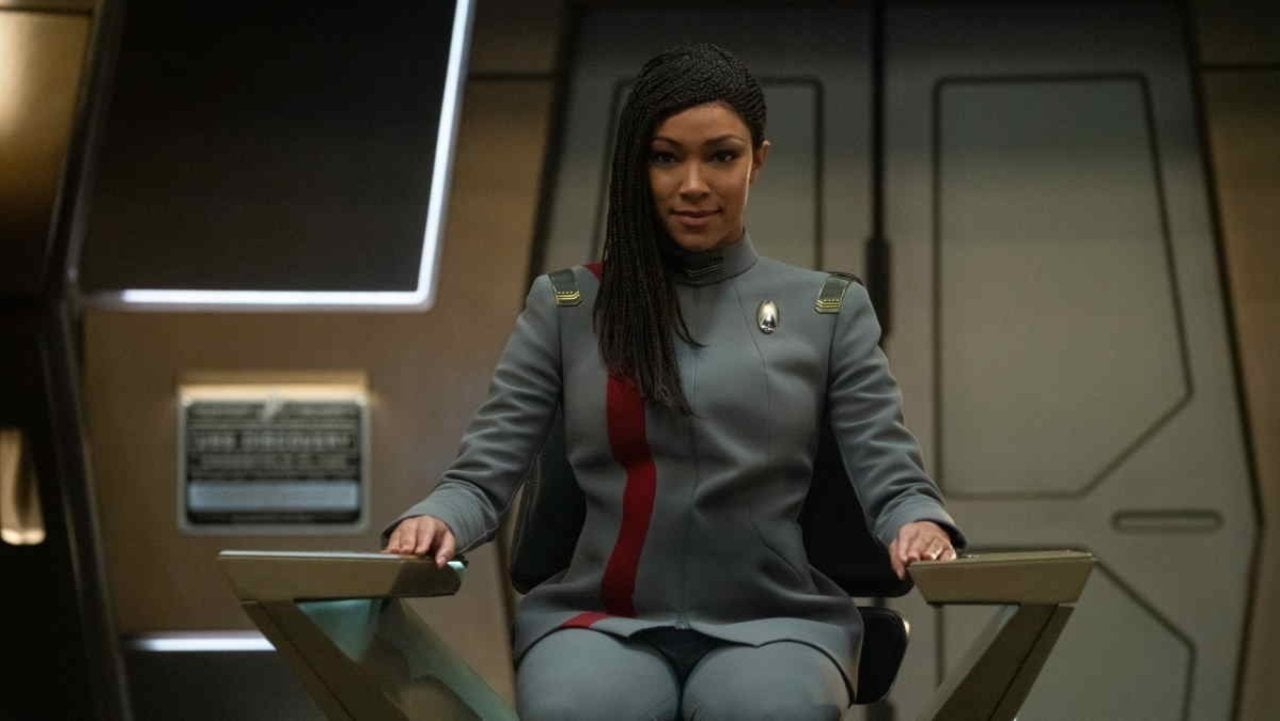 Sonequa Martin-Green is ready for command of the USS Discovery in Star Trek: Discovery‘s fourth season. Martin-Green is currently promoting Space Jam: A New Legacy, in which she plays LeBron James’ wife. She’s been spending most of the rest of her time inhabiting the role of Michael Burnham. Once Starfleet’s first mutineer, Burnham finally achieved her goal of becoming a Starfleet captain when she took over Discovery in the Star Trek: Discovery‘s third season finale. Speaking to ComicBook.com‘s sister site PopCutlure.com, Martin-Green discussed what’s happening with filming the show’s fourth season and what it means for Burnham to be sitting in the captain’s chair.

“We finally made it there. It was always a journey to the chair, but of course, I couldn’t say when exactly it was gonna happen, so I’m really, really grateful that here I am,” Martin-Green said. “I’ve been solidified in the franchise in this way, Black woman, really big deal, right? So it’s just going to be about what we have to deal with next and me getting acclimated as Michael Burnham as the captain of the starship and all the things I’ll have to learn along the way.”

Star Trek: Discovery was unique among all Star Trek series for casting a ship’s first officer as its lead rather than a commanding officer. In January, following the finale’s debut, ComicBook.com spoke to Star Trek: Discovery co-showrunner Michelle Paradise about moving Burnham into that command position and how that changes the show.

“It feels like when you cast someone like Sonequa in the Number One role, you’re just waiting for the day when she’s going to take the captain seat,” Paradise said. “And we knew going into season three that that’s where we wanted to take her at the very end of the season. But I think being captain, in some ways, you don’t answer to people in the same way, but in some ways, you still have to answer to people. And so I think what’s exciting for the Burnham character is that season three takes her on this journey from essentially rejecting the chair in episode three when she and Saru are having that conversation to taking it at the end of 13.

“And then the question of, ‘Now, what?’ She’s grown in many ways over the course of these three seasons and in new ways over the course of season three and what does that mean for her now? And how can she continue to grow moving forward, even as she’s a captain? Those are the things that we get to explore now moving forward that I’m super excited about.”

What do you think? Let us know in the comments. Star Trek: Discovery is streaming now on Paramount+.