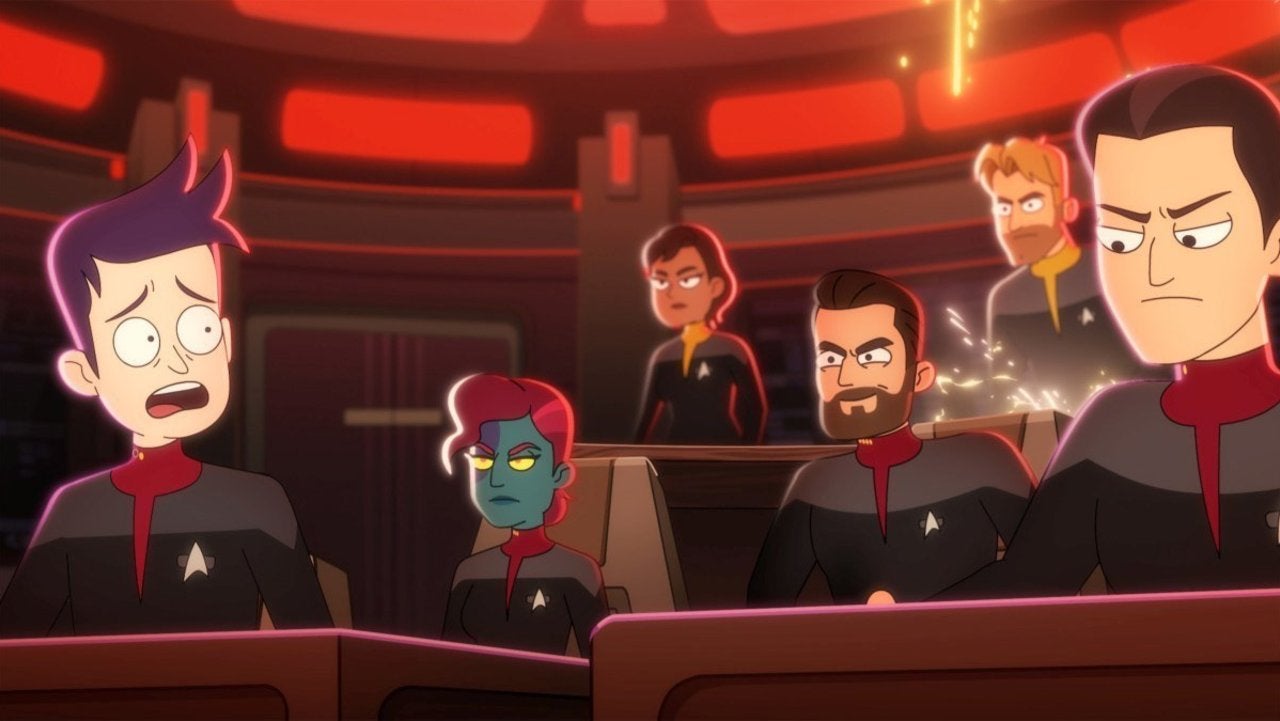 Star Trek: Lower Decks is back for its second season on Paramount+. One of the reasons Star Trek fans enjoy the series is how it references many past Star Trek stories in Easter eggs. That will continue into the second season, but there are some pieces of Star Trek canon that the show won’t touch. In a recent interview with IGN, Mike McMahan explained that certain Star Trek stories create such continuity quagmires that it’s mostly not worth it to try to dig into them. But more than anything, every Star Trek series wants to create an identity that isn’t merely more of what came before.

“I think every Trek show is wanting to avoid walking down the same path as the Trek shows before them,” McMahan says. “Like TNG didn’t want to do the same stories as TOS. And Voyager, I don’t understand how they wrote that show because it was like, all right, don’t write any stories that feel like TOS, TNG, or Deep Space Nine. And they have to be fresh and new! Because then at least Enterprise jumped back in time [and] that gives them a little bit of a new era to play with.”

But as much as Star Trek: Lower Decks revels in Star Trek history, there are some plot points McMahan is happy to avoid. Mostly they’re stories that other Star Trek series have avoided talking about since their introduction into the canon.

“For me, I think that the things I mostly avoid are stuff like, if you go at warp too much, you start to destroy the fabric of space,” continues McMahan. “There’s some TNG episodes that I feel like create such a big canon thing that I kind of dodge around it. There was an episode or maybe two about the species that populated the galaxy, and that’s why everybody looks like humanoids with weird wrinkly noses. I’m like, yeah, that’s fine. Let’s just maybe not pay too much attention to that. Temporal Cold War stuff is tough too because [with] time travel … you have to be really careful to not paint yourself into a corner. But other than that, our audience loves everything about Star Trek that you or I might love. So it’s pretty much how does our show tell our show’s version of those kinds of stories?”

What do you think? Let us know in the comments. Star Trek: Lower Decks debuts new episode Thursdays on Paramount+