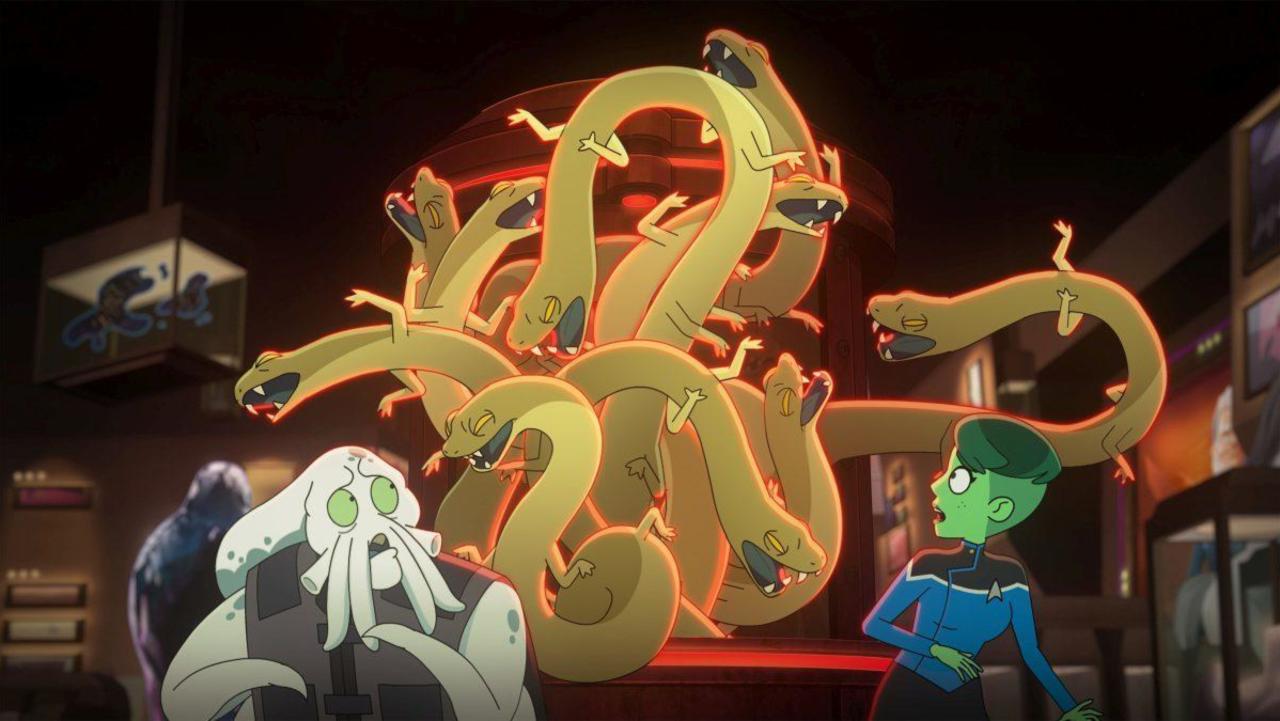 Following the debut of the official Star Trek: Lower Decks Season Two trailer during [email protected]’s Star Trek Universe panel, Paramount+ has released 10 new preview images from the first episodes of the new season, “Strange Energies” and “Kayshon, His Eyes Opens.” The first episode sees Brad Boimler still serving under Capt. William Riker aboard the U.S.S. Titan. As the name hints at, the second sees a Tamarian — one of the alien species that speak only in metaphor, introduced in the classic Star Trek: The Next Generation episode “Darmok — joining the U.S.S. Cerritos‘ crew. You can see all of these photos below.

ComicBook.com spoke to Jack Quaid, who voices Brad Boimler, returning to the character for the second season in May. “It was amazing,” Quaid said. “It was incredible. I just love this show so much, and I think that we ended season one on such a great cliffhanger, obviously, now Boimler is on the Titan, and that was such a fun thing to record. The only downside of it being recorded during the pandemic is that in season one, I was able to actually record in the booth live with Tawny Newsome, which we didn’t get to do. I mean, she’s really busy as well right now. So we weren’t really able to join together, but it’s just been really, really fun. And even if it’s over Zoom, working with Mike McMahan, and Brad Winters, and the rest of the crew, it’s just always a joy. And I love playing Boimler. He’s just such a little goofball, and I love him so much. So it was a joy. It was awesome.”

What do you think? Let us know how you feel about it in the comments. Star Trek: Lower Decks Season Two premieres on Paramount+ on August 12th.

“Kayshon, His Eyes Open” –Carl Tart as Lieutenant Kayshon and Noël Wells as D’Vana Tendi of the U.S.S Cerritos

Noël Wells as D’Vana Tendi of the U.S.S Cerritos of the Paramount+