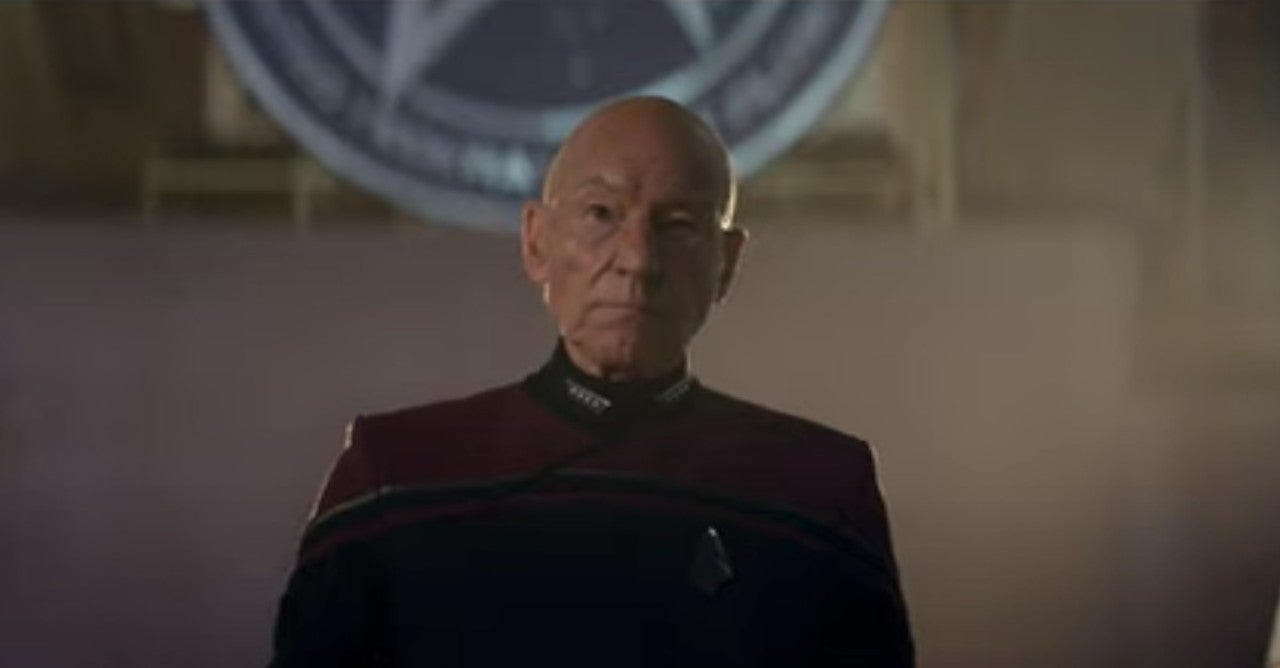 Paramount+ is celebrating Captain Picard Day by releasing a new trailer for Star Trek: Picard Season Two. Having teased Q’s return with the teaser released on First Contact Day, the new Star Trek: Picard trailer offers fans their first look at John de Lancie back as Q. He appears opposite Patrick Stewart as Jean-Luc Picard, with whom he loves to meddle. The trailer also confirmed what was hinted at in that First Contact Day teaser, that Star Trek: Picard‘s second season will deal with time travel and alternate timelines. The trailer offers glimpses of Picard back in a Starfleet uniform (or perhaps it’s a moment from his past?) and Seven of Nine (Jeri Ryan) without her Borg implants.

Paramount+ also released a new teaser poster for the season. You can find both included below.

June 16th is when Star Trek fans celebrate Captain Picard Day, inspired by the holiday celebrated by the children aboard the USS Enterprise-D in Star Trek: The Next Generation. The event cast Captain Picard in the uncomfortable position of being a role model.

Star Trek: Picard sees Patrick Stewart reprising that iconic role, which he inhabited for seven seasons of Star Trek: The Next Generation and four feature films. The streaming series chronicles the next chapter of Picard’s life.

What do you think of the new Star Trek: Picard trailer? Are you excited to see what Q has in store for Jean-Luc Picard this time? Let us know in the comments section.