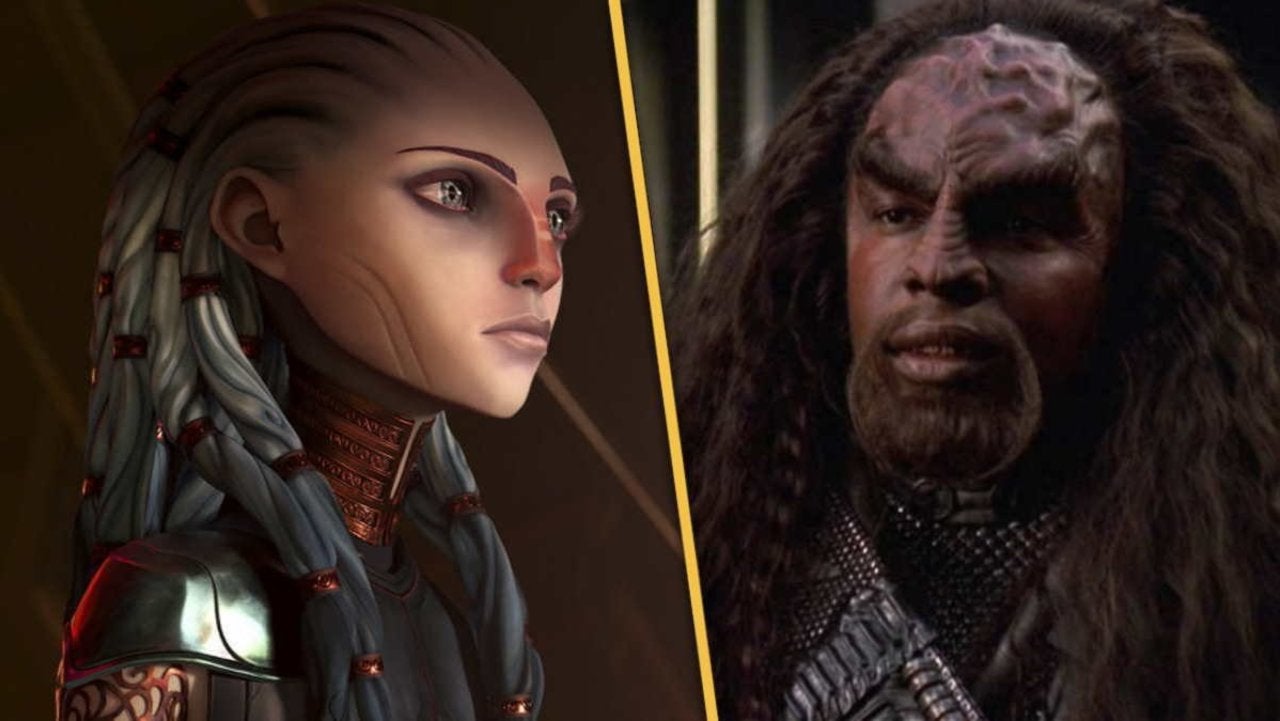 It sounds like Klingons may be making an appearance in the upcoming Star Trek: Prodigy animated series. The show held its first Comic-Con panel during this year’s [email protected], where the cast and creators unveiled the first teaser trailer for the kids’ series. During the panel conversation, the group dropped some hints that Klingons will appear on the series. This all stems from the character Gwyn, voiced by Ella Purnell. Gwyn is a talented translator and Purnell and creators Kevin and Dan Hageman specifically mentioned that they had to seek out an expert on the Klingon language to consult on the series.

The reason this is unusual is that Star Trek: Prodigy is set in the Delta Quadrant, the same region of the galaxy that the U.S.S. Voyager became stranded in Star Trek: Voyager. It’s decades away from the Alpha and Beta Quadrants that humans and Klingons call home, which is why the show’s entire cast of characters are aliens.

There are a few possibilities here. Star Trek: Prodigy takes place a few years after Voyager‘s return from the Delta Quadrant. It is possible that technology has advanced, or that the Klingons have discovered some other way to journey to the Delta Quadrant with relative ease. It could even be that they’re running the mining planet that the kids escape when they discover the abandoned Starfleet vessel, the U.S.S. Protostar.

That ship may be another clue. Its NX registry number suggests it’s of experimental design. Maybe the reason it crashed in the Delta Quadrant is that the Klingons caught wind of its existence. Then again, the Klingons and the Federation were allies at last check. Maybe they were assisting or somehow otherwise involved in its construction.

However, Klingons aren’t entirely unheard of in the Delta Quadrant. In the Star Trek: Voyager episode “Prophecy,” the Voyager crew encountered the descendants of Klingon religious pilgrims who traveled to the Delta Quadrant. Those Klingons finally settled on a planet in the region. Is it possible that the Protostar‘s new crew could encounter those same Klingons?

Fans don’t have too much longer to wait to find out. The Star Trek: Prodigy panel confirmed that the series will debut on Paramount+ this fall.

What do you think? Will Klingons appear in Star Trek: Prodigy? How and in what role? Let us know what you think about it in the comments section.