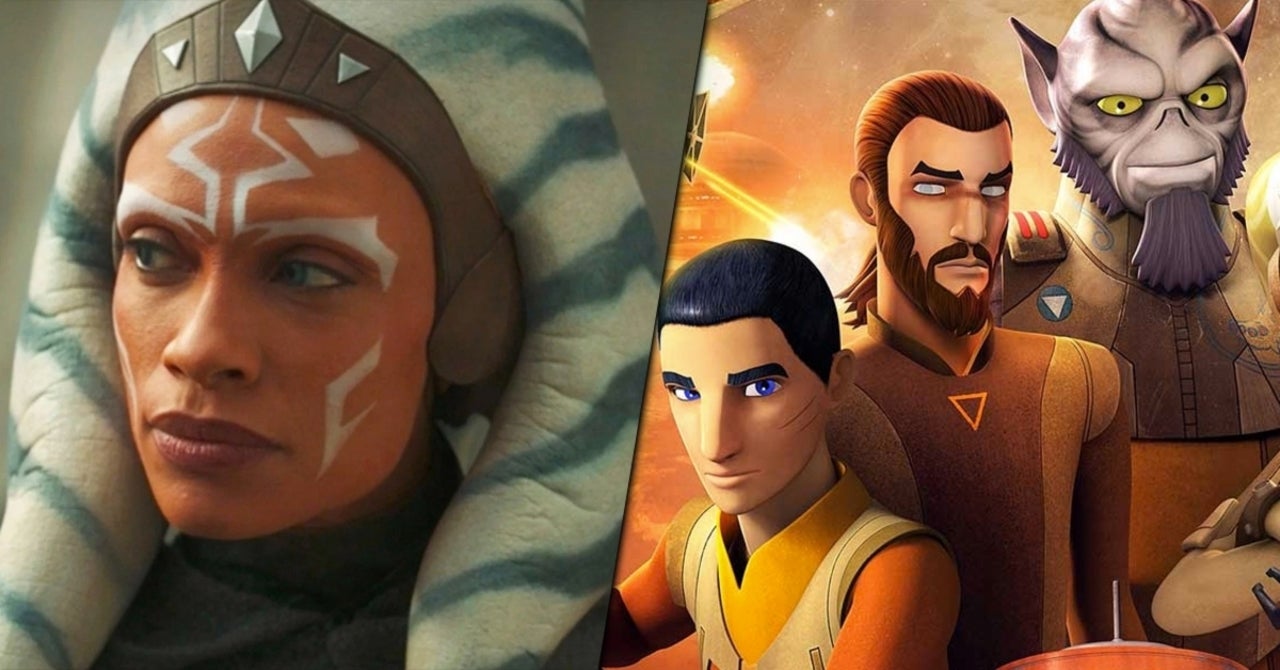 Star Wars fans have been hoping to see Ezra Bridger and Grand Admiral Thrawn be brought into live-action ever since witnessing their exploits in Star Wars Rebels, with the possibility of the characters having been cast seeming greater than ever, due to Star Wars: Ahsoka actor Rosario Dawson sharing casting news on her Instagram. Dawson shared a screenshot of a story about Mena Massoud and Lars Mikkelsen playing Ezra and Thrawn, respectively, to her Instagram story, understandably leading many to assume this was further evidence that such casting has already occurred. However, no official outlets or trades have announced such casting decisions, with it being possible that she merely came across the news and took it as fact instead of speculation.

As seen in the below screenshot, Dawson shared a report about the casting, while adding, “Yassss the best news ever! I need my BIPOC representation in [Star Wars]. Can’t wait to see my BBs thrive in Ahsoka as my fav characters in the universe!”

Thrawn’s adventures in the galaxy far, far away go back to the ’90s, but when Disney purchased Lucasfilm, those narratives were relegated to the “Legends” corner of the franchise, making them no longer canonical. Luckily, Rebels revived the character to serve as the foil to Ezra and the rest of the Ghost‘s crew, with the Rebels series finale ending on a cliffhanger that somewhat left the fate of the duo unresolved.

When audiences saw Dawson debut as Ahsoka in Season 2 of The Mandalorian, speculation began about when other characters from animation could be heading to live-action, with the announcement of Star Wars: Ahsoka leading many to assume that series could see the search for Ezra and Thrawn, as teased both in Mandalorian and the Rebels finale. Mikkelsen’s casting would make him yet another actor who voiced a character and then played them in live-action, with Massoud himself adding speculation to the Ezra casting earlier this year when he shared a photo of himself with the caption, “Hey, just so you know, when I escape I won’t hurt any of you,” which Rebels fans recognized as a line Ezra said in the series.

Are you hoping this confirms the casting decisions? Let us know in the comments below or contact Patrick Cavanaugh directly on Twitter to talk all things Star Wars and horror!