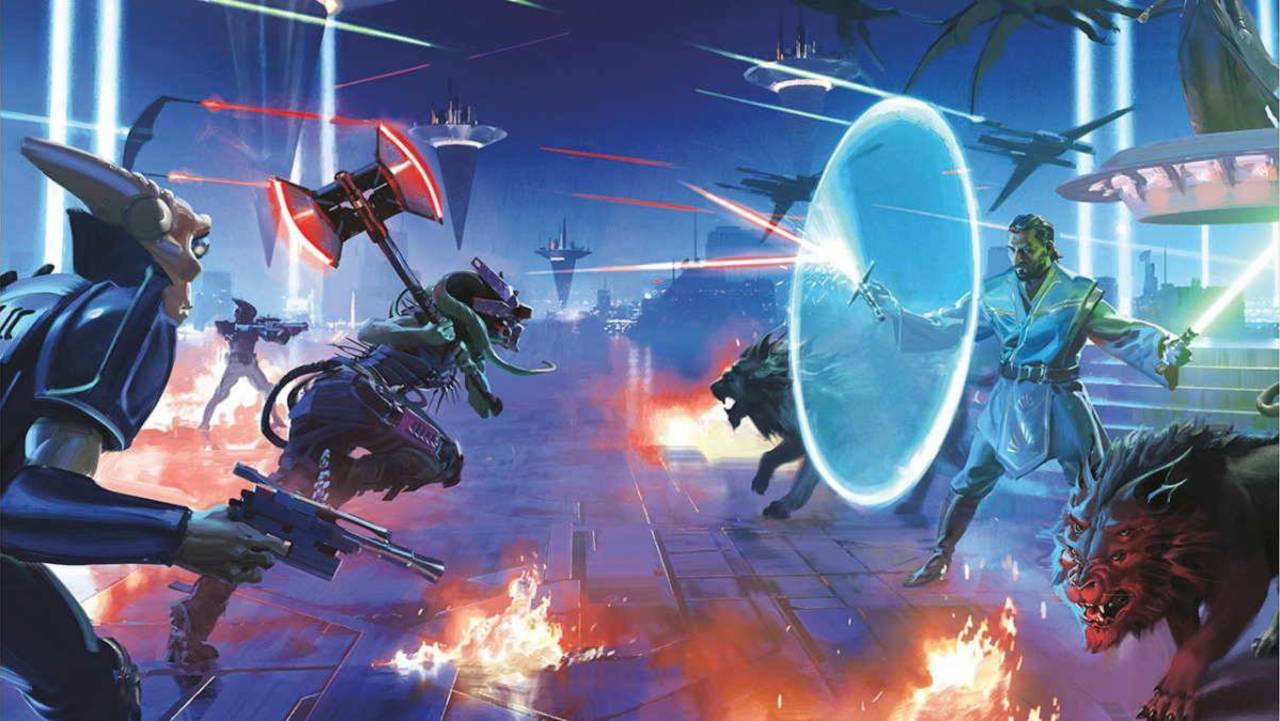 At [email protected] 2021, the Star Wars publishing team announced the next phase of Star Wars: The High Republic, and it looks like things are about to get dark. The Comic-Con panel revealed the next wave of The High Republic releases, coming in January 2022. The list bore a header that reads, “The Light fo the Jedi goes dark….” The tagline seems to be a direct callback to the adult novel that launched The High Republic, Charles Soule’s Light of the Jedi. That novel saw the Jedi at the height of their power and effectiveness in responding to a galactic crisis. The second wave of The High Republic releases introduced some terrifying new threats for the Jedi to face. The tagline for the January 2022 releases suggests they’re not handling these threats well.

The third adult The High Republic novel from Del Rey is titled The Fallen Star, written by Claudia Gray. Gray wrote the young adult novel Into the Dark for The High Republic, which has emerged as a favorite with fans.

Soule is returning to The High Republic with the new Marvel Comics release Eye of the Storm. The story, comprised of two 30-pages issues, will finally shed light on the mysterious High Republic villain Marchion Ro‘s “very complicated backstory,” according to Soule.

“He’s absolutely terrifying,” Soule teased. “He’s charming in a way… you’ll meet him and he’ll talk to you and you’ll have a good time. Maybe he’ll buy you a beer. A space beer, I guess. But then, you know, the minute you leave the room, his face goes blank. It’s all just a mask.”

Are you excited about the future of Star Wars: The High Republic? Let us know in the comments.