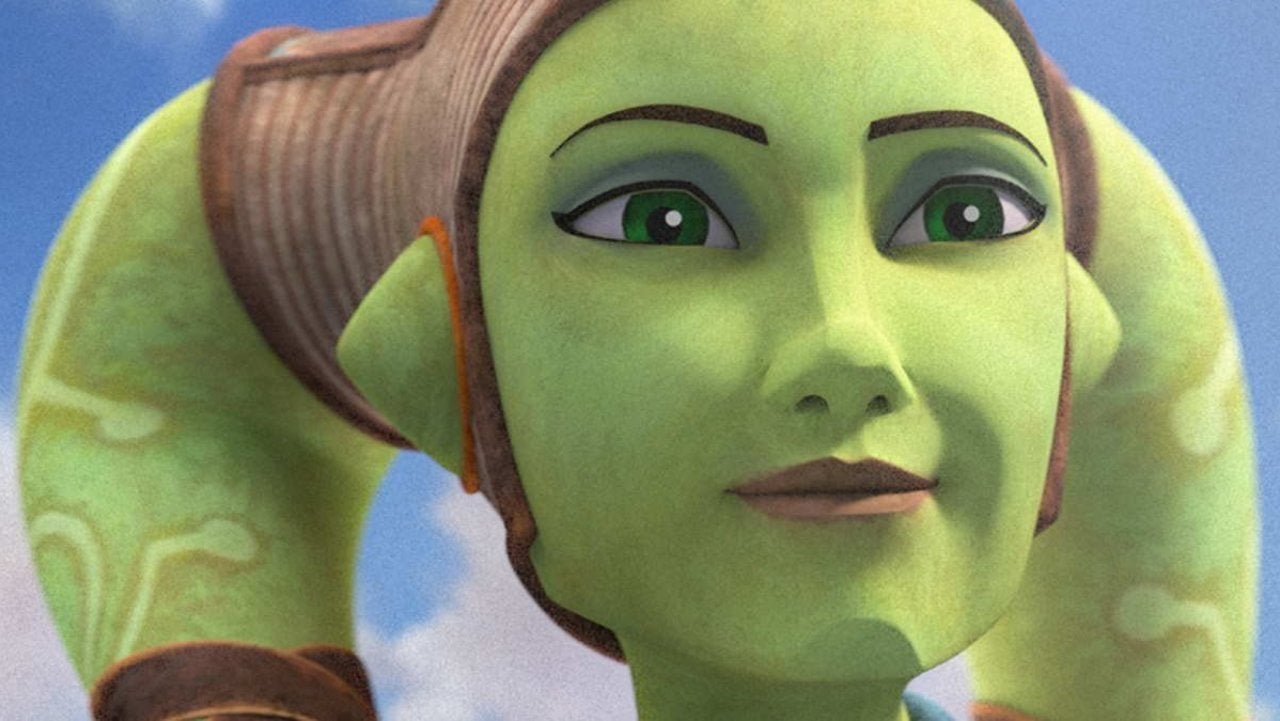 The latest episode of Star Wars: The Bad Batch gave Star Wars fans the origin story of one of the lead characters from Star Wars Rebels. Hera Syndulla piloted the Ghost and became a vital leader in the Rebellion against the Empire. The Star Wars: The Bad Batch episode “Devil’s Deal” revealed her earliest experiences with the Empire as the new regime took firmer control over the Twi’lek homeworld Ryloth after the end of the Clone Wars. To celebrate her Star Wars: The Bad Batch debut, Disney has released a new poster featuring young Hera as she appears in the Disney+ series. You can take a look at that poster below.

Star Wars: The Bad Batch has provided several episodes linking Star Wars: The Clone Wars to Star Wars Rebels. The show’s stellar debut episode retold how Caleb Dume escaped Order 66 to become Kanan Jarrus later. A later episode brought back Rex during the time between his escape from the Empire and his reemergence in Star Wars Rebels.

In a previous interview, Star Wars: The Bad Batch producer Jennifer Corbett discusses the immense potential in a series set between Star Wars: The Clone Wars and Star Wars Rebels. “First, because we really haven’t seen it on screen,” she said, explaining why that era was chosen for the series. “I know that there’s been other works, but I love the freedom and the uncertainty that is in this time period. As a history buff, I love exploring how one government falls and another regime rises and the issues that follow. Seeing that through the eyes of the Bad Batch seems really compelling … being Republic Clone Troopers, and then how they adapt, and how they interact with the Empire and their problems with that. And then how they’re going to make a change.”

Producer Brad Rau said, “[The Bad Batch] were initially conceived way back with Dave Filoni and George Lucas before the Clone Wars wrapped up the first time around. So it’s always been in the DNA of The Clone Wars and famously, there were some story reels shown to fans at Celebration a few years back, and they were received really, really well. So it became a natural thing to put them in that final season of Clone Wars, which is really fun, really fun just to watch that. I think of those characters as new characters, but fans were familiar with them, and that we could really dig into and learn more about on this show, was a natural fit.”

What do you think? Let us know in the comments. Star Wars: The Bad Batch debuts news episodes on Fridays on Disney+.