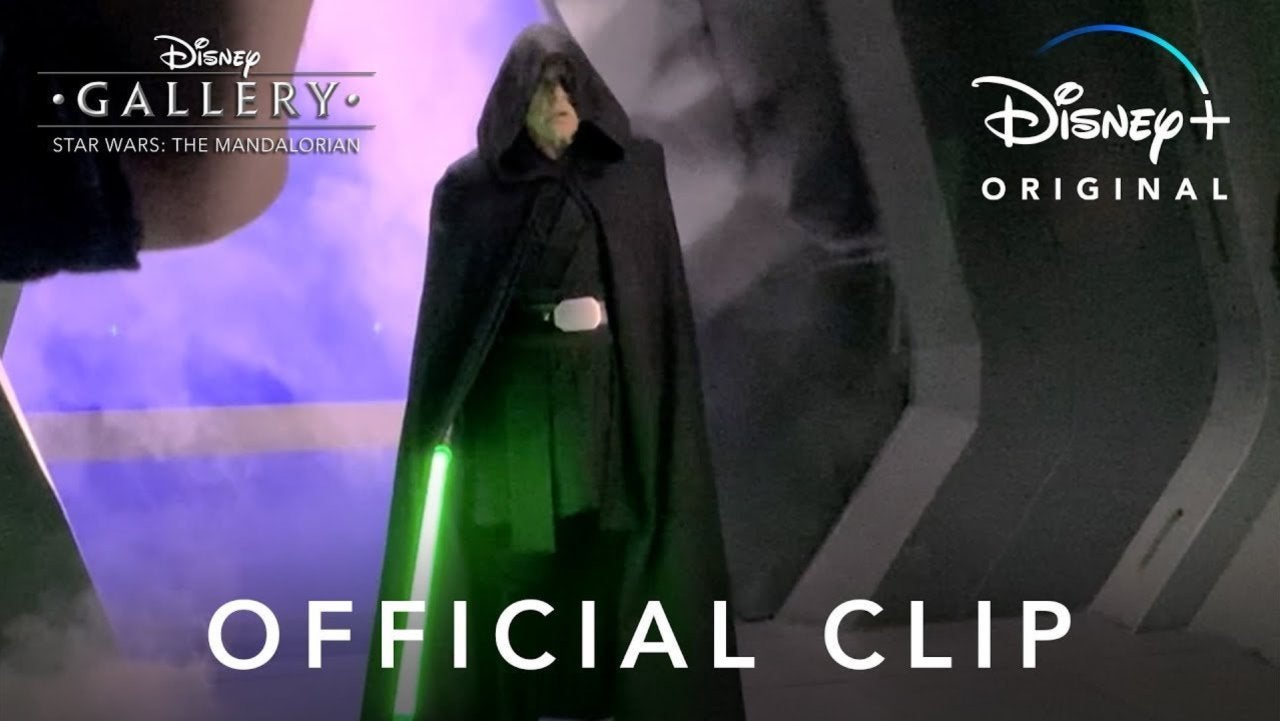 Lucasfilm and Disney often attempt to keep all corners of the Star Wars galaxy a secret from fans as to not spoil any major reveals for them ahead of time, with the Season 2 finale of The Mandalorian bringing one of the biggest surprises in all of pop culture last year when Mark Hamill reprised his role of Luke Skywalker for the TV series. Even in the wake of the appearance, Lucasfilm, the cast, and crew of The Mandalorian kept coy about how such a scene was pulled off, but now that we’re eight months out from the appearance, fans are getting an inside look at how the episode came to life, with Disney releasing the above clip from a special episode of Disney Gallery: Star Wars: The Mandalorian, which breaks down how the return came together. Check out the clip above and watch the special when it debuts on Disney+ on August 25th.

The Season 2 finale included the credit of Max Lloyd Jones as the “Double for Jedi,” which inspired even more theories about how that sequence had been pulled off. Even one of the VFX supervisors for the series, Hal Hickel, admitted earlier this year that it was a sequence he wasn’t allowed to talk about publicly.

“That particular aspect of the effects of Season 2 is probably the thing I can talk about the least,” Hickel shared with The Resistance Broadcast. “But I will say this. One, it was always important for everyone involved to have Mark involved. So it’s not just like, ‘Well, we are recasting and we’ll deep-fake over him.’ Mark had to be involved with crafting the performance and he was. He was there on set when the scene was shot… he was totally involved all the way through.”

He continued, “Also, Peyton Reed, who directed the episode, he’d done some previous de-aging work with Michael Douglas in Ant-Man, so he had worked with some folks in the process and everything for that, so that played a part into what we were doing and how we did that work. And it was part of the decision-making progress. Richard Bluff, who is the overall visual effects supervisor on The Mandalorian and myself, we were both very much involved in giving feedback on the work and presenting it to Jon [Favreau], and Peyton, and Dave [Filoni]. So those were the primary drivers on the work, Peyton’s experience with Ant-Man and Mark had to be involved.”

Luckily, this upcoming special is sure to answer a number of questions that audiences have had about the event in the months since the episode was unveiled.

Disney Gallery: Star Wars: The Mandalorian – ‘Making of the Season 2 Finale’ will premiere on August 25th exclusively on Disney+.