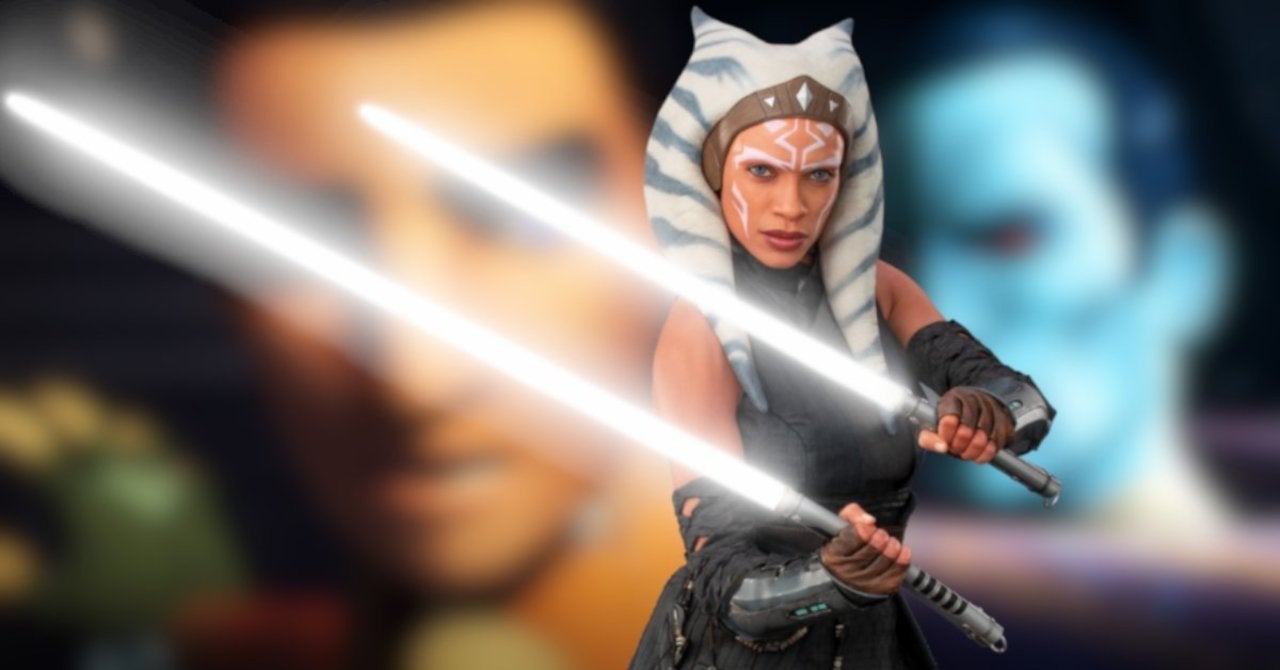 A new Star Wars casting rumor claims that the upcoming Ahsoka series on Disney+ will feature the live-action versions of Ezra Bridger and Grand Admiral Thrawn. Not only that, the rumor goes so far as to say that the roles of Ezra and Thrawn have already been cast! If there’s any truth to either part of this rumor it’s a big deal for hardcore Star Wars fans. Ahsoka Tano, Ezra Bridger, and Thrawn were all pivotal characters in the final arc of the Star Wars Rebels animated series – which itself has become a pivotal installment of the saga, that has helped launch the events of The Mandalorian and this Ahsoka series. So, in that sense, this rumor does hold a certain amount of logic.

According to LRM Online, Thrawn will be played by Lars Mikkelsen (The Witcher, Sherlock, House of Cards), the actor who voiced the brilliant and conniving Imperial Admiral in the Rebels animated series. With Mikkelsen’s tall, thin stature and piercing eyes, he is a natural fit for live-action Thrawn.

Meanwhile, actor Mena Massoud (Jack Ryan, Disney’s Aladdin) has rumoredly been cast as Ezra Bridger, something we also heard earlier this year. Ezra is a harder call to cast with his Lothal heritage, but Massoud is close enough to the concept of the sandy-skinned young padawan – not to mention the actor is has built up a lot of fans at Disney, after Aladdin. Seems like a smart casting choice, if true.

The makers of the fan-favorite Star Wars animated series like Clone Wars and Rebels (led by Dave Filoni) have been the key figures in building the larger Star Wars live-action TV Universe, mostly off the bones of their animated stories and characters. At the same time, the Star Wars TV team has been careful to keep strong connective tissue between the animated and live-action sides – both in terms of fan-service cameos and crossovers, as well as significant arcs and developments that are built on the animated front and play out as major live-action events. Having Ahsoka pick up the loose-end threads of Rebels would do just that – and it’s rumored that indeed Ahsoka will be about the search for Ezra in major part. The two characters have a natural connection as two would-be Jedi and Force users that didn’t quite stay on the path. Star Wars has been quietly making room for those misfit characters to shine in a new light…

During the final arc of Star Wars Rebels, Ezra Bridger and his teammates on The Spectres battled Thrawn, and nearly lost everything. It was only through the growing (and frightening) Force powers of Ezra that Thrawn was stopped, as Ezra summoned a flock of Purrgil creatrues to Thrawn’s ship, and let them drag him and Thrawn away to the deep regions of hyperspace. Star Wars side-stepping Ezra, Thrawn, and the natural questions about their roles in the post-Empire era has long been obsessed over by fans. If Ahsoka indeed answers that mystery, it will already be considered must-see viewing by Star Wars fans – and yet another strong call for mainstream viewers to revisit the animated series on Disney+.