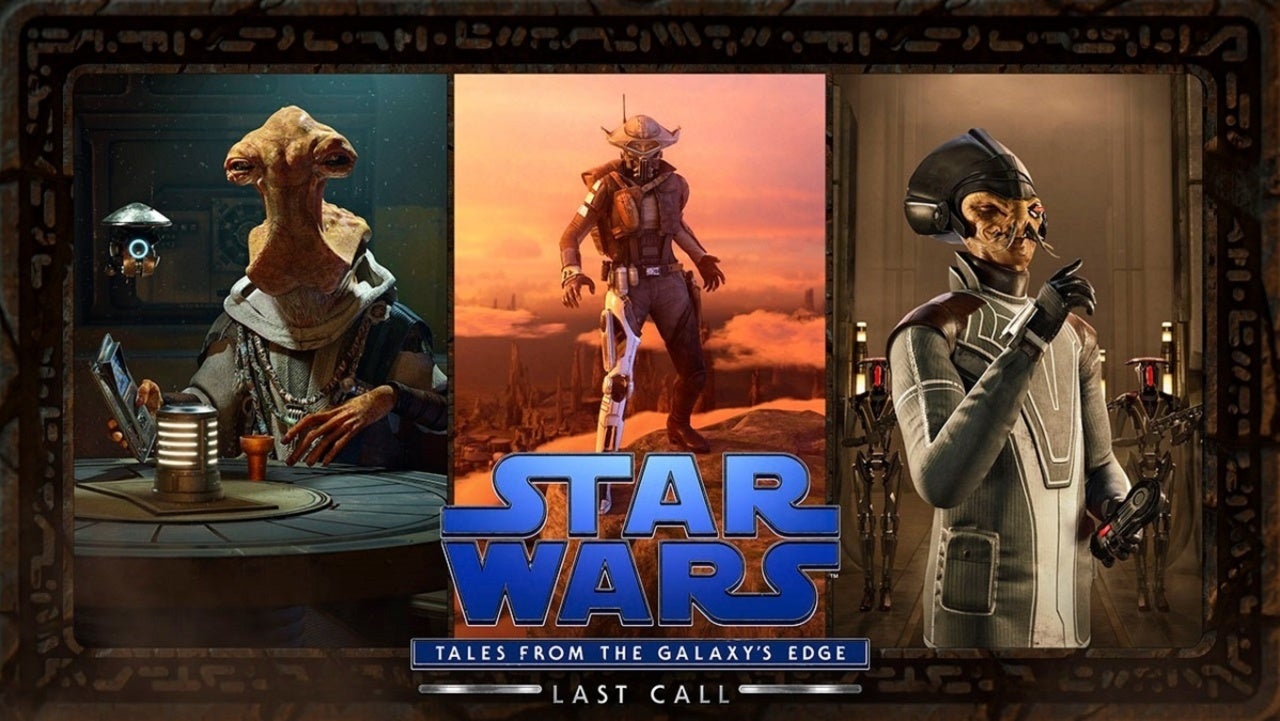 A sequel to Star Wars: Tales from the Galaxy’s Edge was announced on Wednesday with the reveal of Star Wars: Tales from the Galaxy’s Edge – Last Call, a game which previously was known simply as the second part of the first story. ILMxLAB showed off a new trailer for the next virtual reality Star Wars project and shared some details about what players can expect when they take on the same role that they had in the first game.

Playing again as a technician specializing in the repair of droids, Last Call has players hunting down relics at the request of a character who goes by Dok-Ondar. A few new characters will be added, too, who all take on different roles in the treasure-hunting escapades of Last Call.

Continue your adventures on Batuu and beyond in @ilmxlab‘s #StarWarsTales from the Galaxy’s Edge – Last Call, coming this fall to Oculus Quest platforms. pic.twitter.com/tglHfdWYBZ

“In Star Wars: Tales from the Galaxy’s Edge, fans play a droid repair technician who crashed on planet Batuu after a pirate attack,” ILMxLAB said about the first game before previewing Last Call. “In typical Star Wars fashion, you get swept up in a grand adventure, proving that anyone can become a hero. With Last Call, fans will continue their adventures in the Outer Rim, taking on unexpected alliances and deadly enemies alike. Players will experience more eras and places in the Star Wars galaxy through Seezelslak’s legendary Tales and so much more in this epic conclusion. In this new teaser, find out more about how Baron Attsmun, Lens Kamo, and you intertwine throughout this adventure in the Batuu wilds.”

While we don’t know much about the new game beyond what the teaser trailer and the above description divulged, the game’s director Jose Perez III did shared some additional information about the themes and characters involved. He described the Last Call game as one having “Indiana Jones meets Star Wars vibes” and shared some details a bout the new characters.

“Lens Kamo is a relic hunter that has had an ongoing conflict with the evil Baron Attsmun,” he said. “The Baron has been stealing relics and using them for nefarious purposes. Dok-Ondar gets the player involved in the mix when he hires them for a job and then…shenanigans ensue.”

Star Wars: Tales from the Galaxy’s Edge – Last Call launches at some point during Fall 2021 for Oculus Quest platforms.