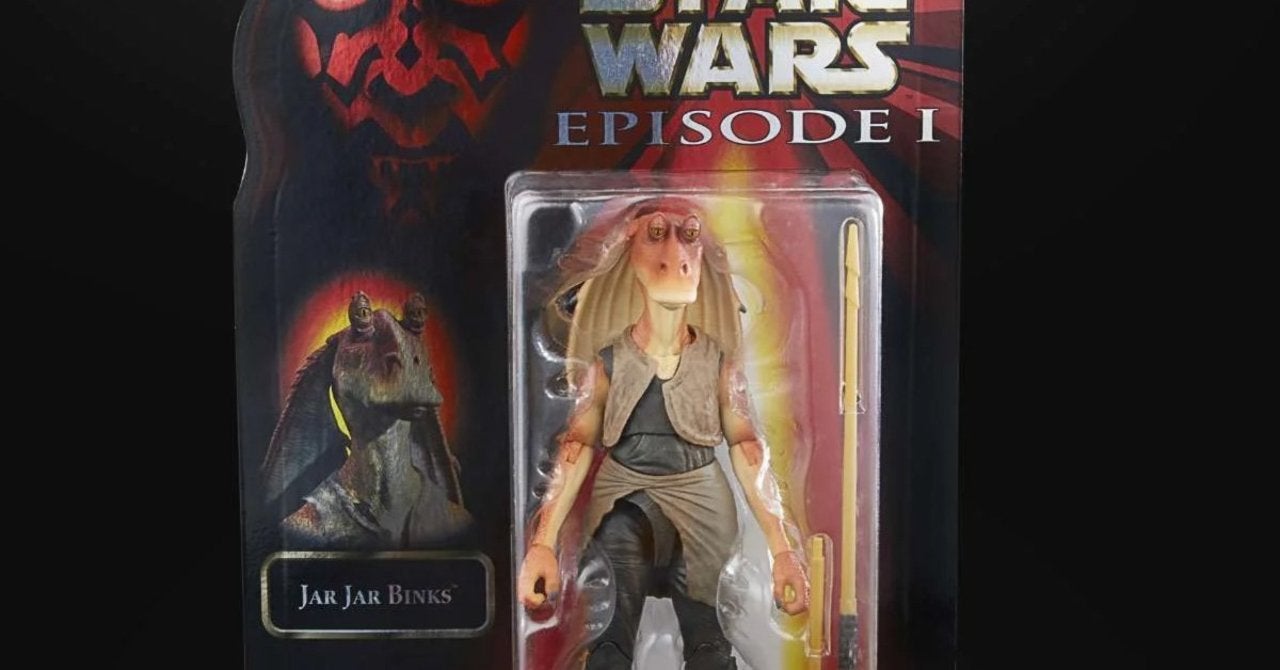 Back in January, Hasbro launched a wave of Lucasfilm 50th anniversary Black Series figures that included Jar Jar Binks from Star Wars: Episode I – The Phantom Menace. Regardless of how you feel about Jar Jar, picking up the figure for only $14.99 is a no-brainer. That’s 50% off list and the lowest price that we’ve ever seen on it.

The Jar Jar figure deal is available here at Best Buy until the end of the day today, July 14th (or until they sell out). It comes in retro ’90s Episode I-style packaging and includes an accessory.

In other Star Wars merch news, the 75308 LEGO R2-D2 Set isn’t in the Ultimate Collectors Series, but it is definitely UCS-style with 2314-pieces and features like a retractable mid-leg, rotating head, opening and extendable front hatches and adjustable periscope, and a lightsaber that’s hidden in the head. It also comes with a plaque, R2-D2 droid figure, and a Lucasfilm 50th anniversary LEGO brick.

The new R2-D2 set sold out quickly here at LEGO.com every time it was restocked, but the set has now opened up to additional retailers. At the time of writing, you can order it here on Amazon , here at Walmart , and here at Best Buy for $199.99.