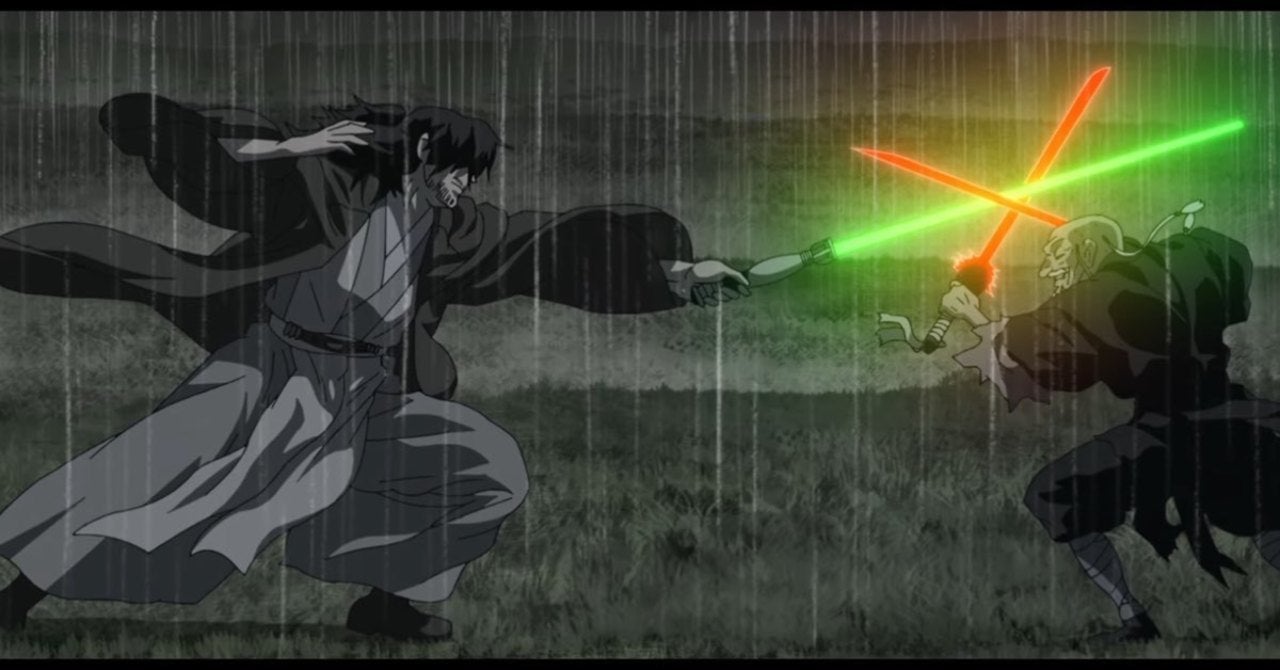 After years of begging, Star Wars fans were gifted a surprise last year when it was announced that the franchise is heading to anime. At long last, the sci-fi giant promised to tackle the global medium, and it goes without saying that Star Wars Visions drew a lot of attention because of its novelty. This weekend, fans were promised a look at the anime anthology after months of waiting, and the first look did go live. And to the delight of millions, the preview was leagues ahead of what anyone expected!

As the producers at Lucasfilms stated in the Anime Expo panel, the studios will be adding their own unique takes on the universe of Star Wars, creating new characters and diving into old favorites when it comes to creating the various segments of the episodes that will be streaming on Disney’s platform. Fans viewing the panel learned the identities of the different anime studios that will be adding their visions to the world.

The stories that were mentioned include Kamikaze Doga, who had created the anime film Batman: Ninja, and have created a “lone, samurai warrior with a lightsaber” accompanied by a droid with a straw hat, that definitely blends the world of Star Wars with the ancient aesthetic of the samurai, using Yojimbo and Seven Samurai as examples of what the anthology story will be about.

Other stories include Studio TRIGGER’s “Elder” and “Twins”, “Lop And Ocho,” by Geno Studio, and a rock opera in “Tattoine Rhapsody,” which will be created by Colorido. Kinema Citrus will also be lending their talents to the anthology with the “Village Bride,” story along with Science Saru diving into the story of a lovable droid with an adorable aesthetic. Production IG will also be creating a short, which shows that Disney is looking to make its mark with the first anime focusing on a galaxy far, far away.

If you missed the intro of the panel itself, Twitter User Blue Jaig Eyes shared the introduction to the panel that showed a number of images from the upcoming anthology:

Are you hyped for Star Wars Visions after seeing this first look? Which story are you most looking forward that was revealed during the Anime Expo panel? Feel free to let us know in the comments or hit me up directly on Twitter @EVComedy to talk all things comics, anime, and the world of Star Wars.