Stories from the studio for 25 iconic albums 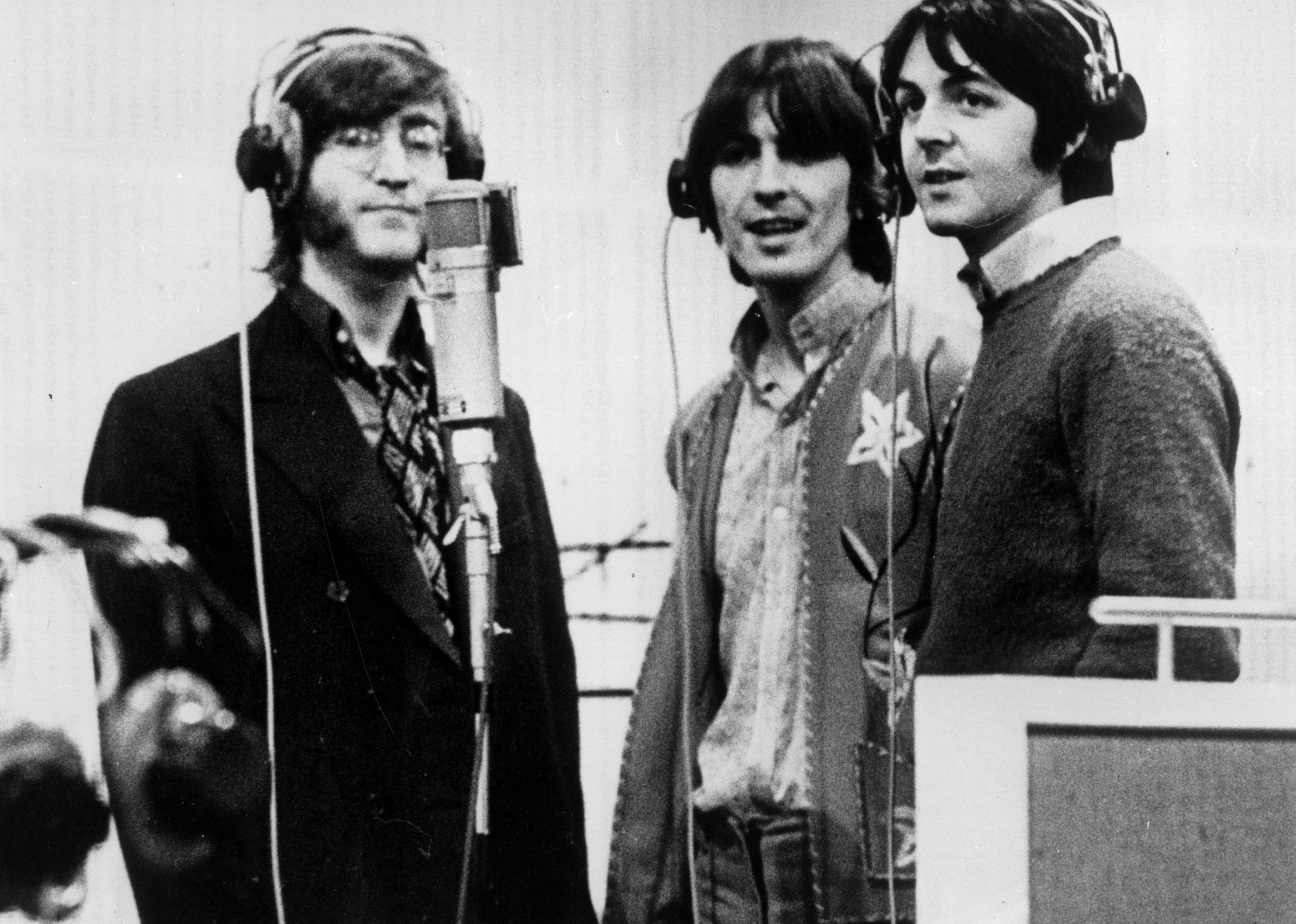 Stories from the studio for 25 iconic albums

Sometimes, the stories heard about the making of iconic albums seem as though that famous Las Vegas expression should be applied: What happens in the studio, stays in the studio. But for better or worse, word gets out about the fateful recording of albums like The Beatles’ “Let it Be,” for example, or Kendrick Lamar’s “Good Kid, m.A.A.d. City.” These stories range from inspirational to entertaining to worrisome—but all have the behind-the-music essence fans thrive on.

Stacker compiled a list of 25 classic albums ra​​nging from folk rock to hip hop, along with the stories from the studios that produced these albums. For that, sources like Rolling Stone, Pitchfork, and Genius were tapped. The resulting albums are instant classics representing the best, or sometimes the worst, of these iconic bands and artists.

Studio recording is a pressure cooker, with passionate people trying to combine their sometimes disparate ideas of what their band should do next. For artists like Fleetwood Mac, the Eagles, and Led Zeppelin, looming breakups have helped to animate some of their most iconic music, drawing artistic passion from real-life fights and splits. For others, like The Who or Bob Dylan, trying to shake things up led to true artistic brilliance.

Was it passion, good timing, or something else that makes these albums iconic? There’s only one way to find out.

You may also like: Most famous musician born the same year as you

While recording “Rainy Day Women #12 and 35,” the first track on this album, Bob Dylan wasn’t happy with how things were going. So he got all the personnel very high and changed their instruments around; the result became one of Dylan’s most commercially successful songs.

The Beatles hired a 40-piece orchestra to record “A Day in the Life,” on “Sgt. Petter’s.” But when the musicians arrived, The Beatles didn’t like the stuffy-seeming formal dress that they were wearing. To loosen things up, bandmates gave the orchestra members party hats and clown noses to wear.

German singer Nico had a throaty, husky voice. While recording “I’ll Be Your Mirror,” the band wanted a more delicate sound and Nico grew frustrated to the point of starting to cry. Crying changed the quality of her voice just enough to be spot on, and the band was able to make the recording.

The Who’s iconic album “Tommy” started as a Hail Mary pass after the band had a few failed singles in a row. Inspired by an Indian spiritual master, Pete Townsend started writing an album about a pinball master who was deaf and blind.

By the time they were recording “Let It Be” in 1970, members of The Beatles were at each other’s throats almost constantly. The rumors include that George Harrison quit the band even before the long-coming breakup—and that he got into a fistfight with John Lennon.

You may also like: Best Bob Dylan albums of all time

Carole King’s “Tapestry” gave the singer an unusual opportunity to re-record a host of songs she’d written for other artists, a kind of greatest hits from her own nonexistent back catalog. It feels like a much-deserved win for King, who co-wrote or wrote 100 hit songs for other artists.

Progress on “Exile on Main St.” was hindered by Keith Richards, who was spending most of his time struggling with a serious substance abuse problem. Today, the album is considered one of the best albums of all time. As for Richards? He’s clean—and still thriving.

Lou Reed’s album “Transformer” includes the iconic song “Walk on the Wild Side,” which was produced by Mick Ronson. “He had a thick Hull accent, and he’d have to repeat things five times,” Reed said of Ronson. “But he was a real sweet guy and a great guitar player.”

Island Records producer Phil Brown accepted a large joint from o​​ne of The Wailers only to drop it onto the only existing copy of “I Shot the Sheriff.” Thankfully the recording suffered, as Monty Python would say, “just a flesh wound.”

Lead guitarist and singer David Gilmour copped to having a bit of a creative dry spell for Pink Floyd’s iconic album “Dark Side of the Moon.” He told Rolling Stone, “I wasn’t as creative as I might have been. I think I pulled my weight in the studio in terms of the production, the playing, the arranging, and all that sort of stuff—but in the early rehearsal stages, something wasn’t jelling.”

You may also like: Best-selling album from the year you graduated high school

“Rumours” was recorded in the wake of double breakups: first Lindsey Buckingham and Stevie Nicks, and then Christine McVie and John McVie. All involved contributed to the tense, dramatic mood of “Rumours,” which stands as the band’s most iconic album.

Singer David Bowie was struggling to find the right words for his song “Heroes” while rehearsing at Hansa Studios in Berlin. At just the right moment, he looked outside and saw a couple kissing against the Berlin Wall. He was inspired and finished the song on the spot.

Among the most famous stories in rock history came about when Queen met the Sex Pistols in the studio. Bassist Sid Vicious got in Freddie Mercury’s face while they were both recording albums in the same facility. “I called him Simon Ferocious or something, and he didn’t like it at all,” Mercury said in an interview.

The Eagles barely held their act together for their 1979 album “The Long Run.” According to band member Don Felder, “There were a lot of arguments and dissension and contentious arguments about songs and schedules. It was really not heading in the right direction.”

When The Clash needed somewhere to rehearse for its iconic album “London Calling,” road manager Johnny Green found the perfect spot. It was a local garage known for sketchy, illegal in-a-hurry spray paint jobs. The band embraced their DIY ethic and signed up to rehearse in the garage.

You may also like: Iconic one-hit wonders over the past 50 years

Led Zeppelin were falling apart by the time bandmates recorded “In Through the Out Door.” Drummer John Bonham was drinking heavily and guitarist Jimmy Page was struggling with a host of substances, leading to instability and a growing lack of trust among the band. John Paul Jones said they were divided into two camps, with Jones and singer Robert Plant soberly against the rest of the band.

“Kiss From a Rose” became one of Seal’s greatest hits partly because of its inclusion in a blockbuster Batman film. But Seal himself was unhappy after writing the song, finding it embarrassing and throwing it into a corner. His producer Trevor Horn eventually heard it. “He turned that tape from my corner into another 8 million record sales and my name became a household name,” Seal later said.

Radiohead was unhappy with the state of affairs at the studio where it recorded “OK Computer.” Singer Thom Yorke has said the recording “almost killed me,” while others bemoaned slow progress and the lack of amenities at the studio.

Muse lead singer Matt Bellamy said the band recorded “Origin of Symmetry” next to a field chockablock with psychedelic mushrooms. The band mysteriously ended up naked in the Jacuzzi or falling asleep in the on-site sauna.

Green Day’s political album came from a disaster in the studio when the master recordings of a numerous finished songs were stolen. The band decided to start over and began writing songs for “American Idiot.”

Prolific rapper Daniel Dumile is best known by one of his many monikers and project names, “MF Doom.” For his second album as MF Doom, Dumile kept up his extraordinary wordplay. “So I’m bringing it back to the old, bragging about how nice you are with the words,” he told NPR in 2003.

Sufjan Stevens’ concept album “Illinois” follows his research into phenomena from all over the Midwestern state, including some that didn’t make the cut. “I wrote a jumpy number for the supercomputer in Champaign, but eventually cut it,” he said.

Producer Mark Ronson worked on “Back to Black” with singer Amy Winehouse. “Amy would just go, ‘Nah, I don’t like it,’” he said. “That’s really helpful because you can waste time taking an idea that you didn’t like in the first place and making it vaguely better.”

What’s destined to be a classic album, each track is a slice of the storyteller’s day on the streets. “[Getting in the studio with Pharrell] was insane,” Lamar said of the title song. “We did about five records together. He bangs out beats so quick, it’s amazing. So we were just cutting records. When he played that beat, I knew instantly that was the one I wanted for the title track.”

2015: ‘Anthems for Doomed Youth’ by the Libertines

The Libertines recorded “Anthems for Doomed Youth” in Thailand at a studio bordering a huge snake pit. Singer Pete Doherty asked a local Thai person what they should do if anyone is bitten—where’s the antidote? He was told there’s no treatment available, and anyone who’s bitten will likely just die.

You may also like: Best New Artist winner the year you graduated high school