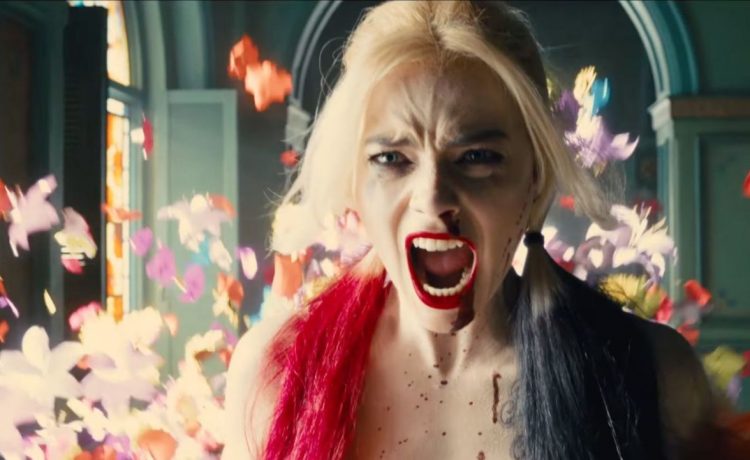 James Gunn’s The Suicide Squad has been out in theaters and on HBO Max for a few weeks now, and viewers are still discovering new Easter eggs hidden in the film. One, however, seems to have escaped the notice of most fans! WARNING: SPOILERS AHEAD. During one scene in the movie, Margot Robbie‘s Harley Quinn escapes from her captors in Corto Maltese. During the sequence, Harley kills off dozens of enemies, as flowers and animated animals swirl around the room. In an interview with Collider, Gunn reveals that this “Harley-vision” sequence was actually inspired by a game he worked on with Suda51: Lollipop Chainsaw.

“I did a video game called Lollipop Chainsaw, and I always loved the sort of… In that game, which I did was with Suda in Japan, I always loved the way that the hearts and beautiful little things came out of people mixed with blood,” Gunn told Collider. “So, a lot of it goes back to that, the aesthetic of mixing this horrible gore with Harley’s starry-eyed way of looking at life and creating Harley-vision basically. So that was something that came on very early. It was in the first draft of the script.”

Lollipop Chainsaw released on the PlayStation 3 and Xbox 360 in 2012. In the game, players control Juliet Starling, a high school cheerleader that also happens to be from a family of zombie hunters. The game featured over-the-top violence mixed with bright, cheery visuals, including lollipop recovery items. While the game was a strong success for developer Grasshopper Manufacture, it remains unplayable on current consoles, despite requests for the game to be made backwards compatible with current Xbox platforms. Perhaps its influence on The Suicide Squad will lead to a re-release!

Interestingly enough, Lollipop Chainsaw is not the only video game that inspired Gunn on The Suicide Squad. Back in June, Gunn revealed that Harley Quinn’s design in the film was specifically inspired inspired by her appearance in the Batman: Arkham games. Fortunately, those games remain much easier for players to enjoy on current and next-gen systems!

Have you played Lollipop Chainsaw? Did you make the connection between the game and The Suicide Squad? Let us know in the comments or share your thoughts directly on Twitter at @Marcdachamp to talk all things gaming!