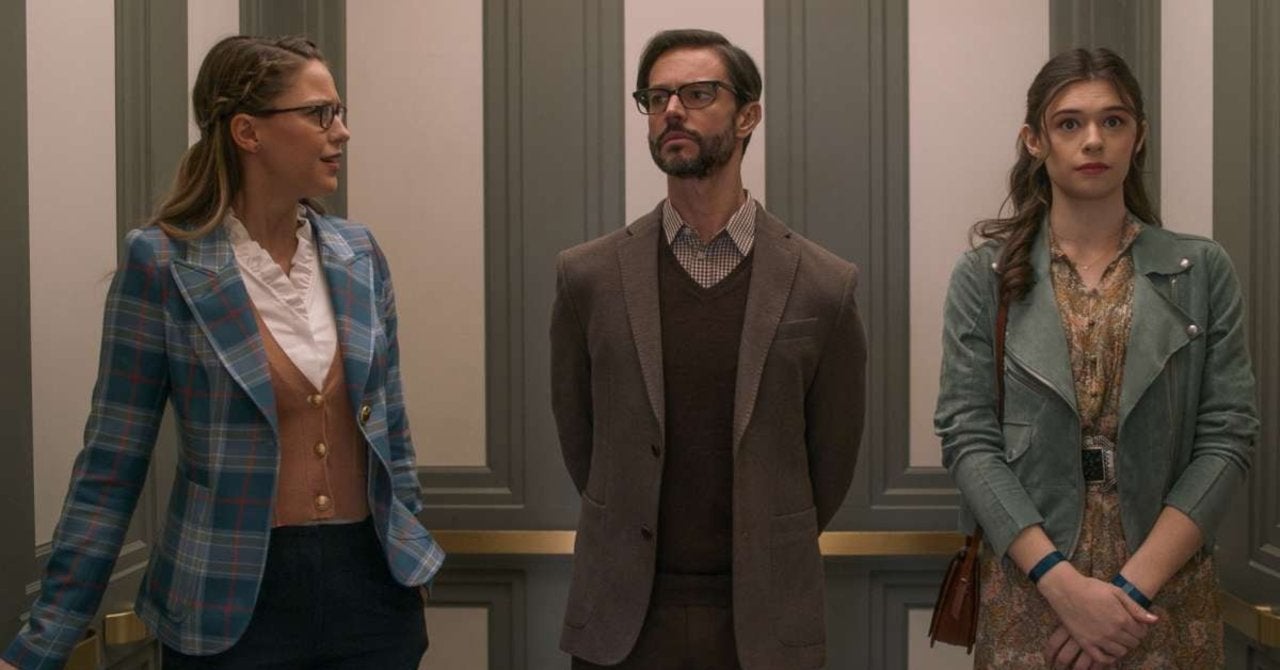 After an extended hiatus while Superman & Lois completed their first season, Supergirl returned Tuesday night, kicking off the remaining episodes of the series’ sixth and final season with “Welcome Back, Kara!”. The last time we saw Kara Danvers/Supergirl (Melissa Benoist), she had just been rescued from the Phantom Zone by the Super Friends who brought both her and her father, Zor-El (Jason Behr) back to National City following a dangerous rescue mission. Now that she’s no longer trapped away from everything she knows and now that she’s been reunited with the father the thought perished along with Krypton, Kara has to adjust to being home again.

And it may not be an easy task. Kara’s time in the Phantom Zone has left a mark on the Girl of Steel and, more than that, things have happened in National City in her absence that may have some bearing on how things move forward. Kara’s attempts to get back in action, as well as share her heroic duties with her father, could have some unexpected consequences.

Need to get caught up on the events of “Welcome Back, Kara!”? We’ve got you covered with our recap below but be warned: there are full spoilers beyond this point.

The episode opens with Brainy on a mission, carrying a package to the tower, spy-style. The package turns out to be a cake for Kara to celebrate her return, though she’s still resting under sun lamps. Unfortunately, it’s not restful and she wakes up from a nightmare about the Phantom Zone, though she tells Alex she doesn’t want to talk about it. Kara never wants to hear the word Phantom again. Kara greets her friends who are happy to see her. Kara tells Lena it’s only because of her being on the team now that she’s home. Kelly is absent as she is at orientation for her job, but Zor-El is awake and meeting the friends as well. He’s impressed with the Tower. He tells them he plans to stay in National City for a little bit to see what Kara has been up to.

His cover is Uncle Archie visiting from Midvale. Kara and Nia take him to work at CatCo where Kara is nervous about going back to work and also facing William. Nia tells Kara about the complicated cover story she came up with for her just as the elevator opens and Andrea is waiting for her. Kara has to tell her that there is no story, that her source took everything off the record and Andrea is upset. At the meeting, it’s revealed that CatCo has slipped in the ratings after the Lex Luthor trial and she wants them to get back to number one in a month or they’re all fired. She assigns Kara to get an exclusive with Supergirl about the National City Phantom attacks, something that comes as a distressing surprise to Kara. Also a surprise to Kara? William is now dating someone.

Outside, Nia and Zor-El are talking when he notices something falling from the sky. She tells him to suit up and fly. Zor-El and Supergirl take off to stop the satellite from crashing into the city with Supergirl giving her father a few quick lessons on how to use his powers in the process. They discover a large island of trash made up of the old DEO off the coast that’s covered in toxic chemicals.

Kara tries to sell Andrea on the trash island story, but she gives the story to William instead. CatCo’s stock is falling and she’s deeply fixated on the Supergirl and Phantoms story. Andrea is fixated on boosting the ratings and getting an exclusive Supergirl to do it. When Kara tries to work the story, it gives her flashbacks, but her father calls her to the Tower. He’s discovered that the Earth is on the same path to destruction as Krypton was as the oceans are dying. The fire on the island has reignited as well and it turns out, there’s Dominator tech to blame. Zor-El is upset. Kara takes him to the Fortress.

In the Fortress, Zor-El is excited to see that she has a Kelex and he then realizes he has an idea of how to save the Earth’s oceans. They return to the Tower with an upgraded Kelex called Oscar (named for Oscar the Grouch) that can essentially shrink trash and convert it to energy that it will then absorb and render harmless. J’onn has concerns, but Zor-El wants to act now. They dispatch Oscar and he gets to work.

Initially, all goes perfectly, but soon enough, garbage begins to attach itself to Oscar and he just keeps getting larger and larger and they are unable to recall him or find him on satellite. Supergirl and J’onn go looking for him as his programming has been corrupted. It turns out, he’s connected to some Daxamate technology that cloaks him. Oscar’s energy core is also getting hotter and hotter so it could explode like a nuclear bomb. Brainy decides to give him a virus to shut him down. Zor-El is resistant, but it’s clear he’s fixed on saving Earth because he couldn’t save Krypton. He relents and helps brainy with the virus.

Oscar comes out of the water as a giant trash monster and starts attacking as he’s also picked up a parasitic creature that’s pretty much driving things now. The Super Friends show up to stop him. Brainy loses control of his drone and Oscar is protected by a force field. Brainy tricks Oscar into thinking he’s trash and taking him in. Supergirl and J’onn are both knocked back and Supergirl’s suit is breached so she’s not protected from the Kryptonite, which triggers her PTSD and Sentinel’s. Sentinel and Dreamer both move to protect Supergirl, but they are all knocked back just as Brainy’s virus is delivered and the day is saved. Supergirl cleans up the mess, hurling it into the sun.

As the rankings and situation gets worse for CatCo and even William’s story isn’t meaty enough for her, Andrea uses her Acrata medallion to break into Lex’s house to snoop for information. She finds that William’s source about Lex was telling the truth, but she also finds files on the Super Friends. She takes those and they become her fixation. She decides that they are the real story that will save CatCo.

Zor-El feels bad for the mess he made and realizes he needs to go to Argo City to face Alura, something he’s put off out of guilt for not being able to save their world. He thought saving Earth would earn his way back to her. Zor-El tells Kara that she doesn’t have to carry the weight of Earth on her shoulders every day and it’s okay to sometimes be human.

Nia is struggling to see Kara and her father together as it’s bringing up her longing for her own mother. She confides in Lena about her feelings. Lena tells her that her fear vision was about her own mother. Lena calls Nia and tells her that she finally accepts that she’s not responsible for her mother’s death and she’s decided to go home to where she was born. Kara opens up to Alex about the Phantom Zone. Alex opens up about how she feels as well. She says they’ll get through it together. The episode closes with Nia waking up from sleep saying “Nixly.”