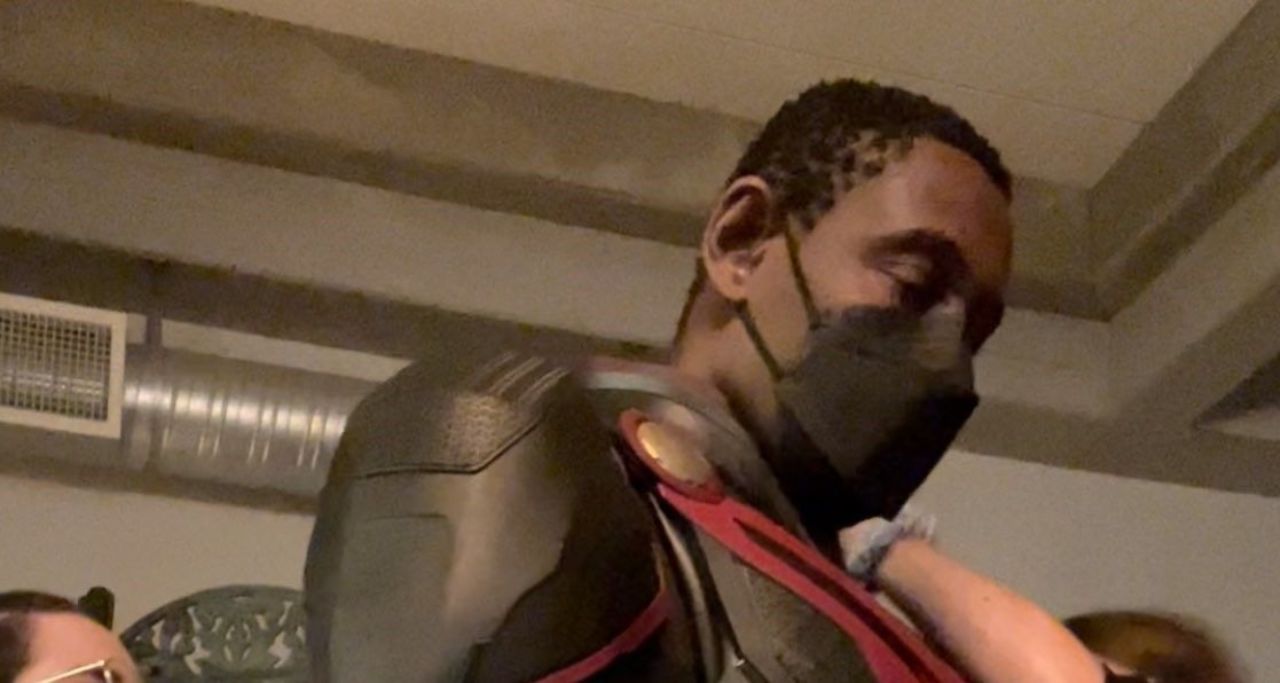 Earlier this week, Supergirl star David Harewood took to social media to tell fans he was officially wrapped as Martian Manhunter for the final time. Today, though, he revealed that due to some last-minute changes, he got to put on his super-suit and face the forces of evil as J’Onn J’Onzz one more time. The revelation that Harewood, originally cast as Hank Henshaw, was playing the alien shapeshifter Martian Manhunter was the first major surprise of the series, and he has remained a fan-favorite supporting character since he was introduced in season one. He even has a seat in the Arrowverse‘s Justice League, as revealed at the end of “Crisis on Infinite Earths.”

Harewood, whose memoir Maybe I Don’t Belong Here is set to be released next month in the United Kingdom, may have been “benched” for some of the final season’s action scenes. In his announcement that he’s back for one last go ’round with the super suit, he told fans that a recent Achilles injury was doing well enough for him to throw the cape on.

His tweet reads, “As a result of a faster than expected recovery from my Achilles injury and a last minute script change, I get to SUIT UP ONE LAST TIME!!!”

In this sixth and final season, Supergirl will immediately be thrust into the greatest challenge of her life — forced to confront her own mortality, and the prospect of losing all hope. As her friends rally to help her in this difficult fight, a new villain will arrive in National City and test her resolve. While trying to save National City, Supergirl and her friends will confront issues of social justice — including prejudice, racism, intolerance — societal ills that Supergirl’s alter-ego, Kara Danvers, will take on as a journalist. As threats mount on all sides, and new villains partner with old villains, the Superfriends find themselves in a race to amass power in their attempts to keep everyone safe. Ultimately, the Superfriends will have to examine their own use of power, and confront their own blindspots. Supergirl will learn that her real power comes from within, and that her greatest gift is inspiring others to access the same power within themselves. Our Superfriends will learn that the best way for heroes to help the world is by empowering each individual. Only then, will they be Stronger Together.