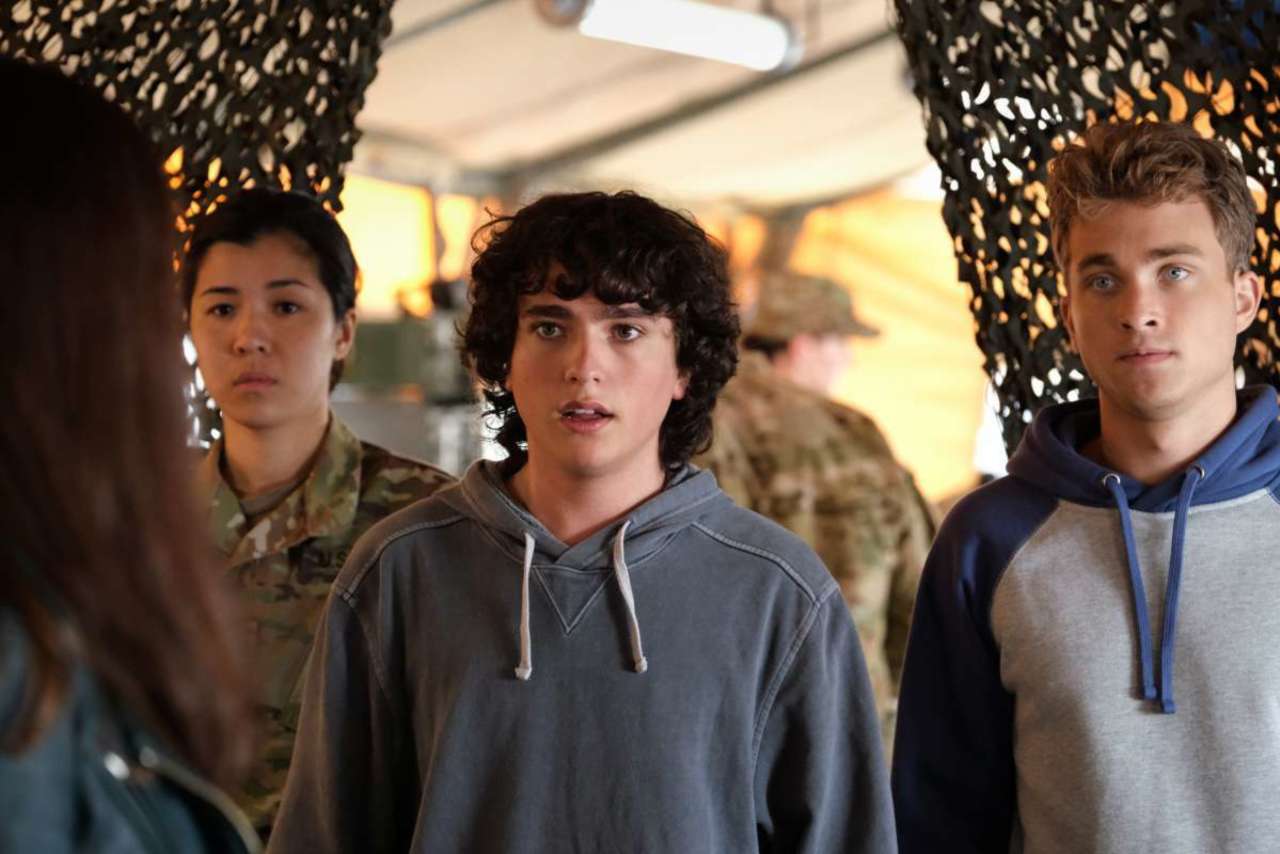 Last month, just before going on a multi-week hiatus, Superman & Lois saw Clark (Tyler Hoechlin) surrender himself to Tal-Rho (Adam Rayner) in order to save his wife and children. Fearing the worst and remembering the warnings of John Henry Irons (Wole Parks), Superman told Lois (Bitsie Tulloch) to contact the man from another world, and bring him to Smallville to help. Then, in a scary twist, Rho brought Superman to his desert Fortress, where Superman was to be “eradicated” and have his consciousness replaced, giving Kal-El’s body over to General Dru-Zod. Needless to say, that was quite a cliffhanger to end on.

It seemed like the plan was to play out the “will he or won’t he” of Superman potentially becoming a world-destroying threat for the remainder of the show’s first season. Then, last night, something else happened entirely.

Spoilers ahead for this week’s episode of Superman & Lois.

After Jordan (Alexander Garfin) was able to hone in on Clark’s location using his super-hearing, John Henry Irons suited up and faced off against the brainwashed Man of Steel. After getting through to Superman, and putting the hero back in control of his mind, John Henry managed to take down Rho, seemingly ending the threat for now.

During an interview with ComicBook, Garfin said that he doesn’t mind having a show that sets things up, only to pay them off right away, and set up the next big thing.

“And wait ’til you see the next three episodes; they’re crazy,” Garfin teased.

Those episodes are likely to see the team continuing to work with John Henry Irons, in spite of the fact that he spent the first half of the season trying to kill Superman. But while John Henry is one of the most beloved heroes in the DC Universe in the comics, it seems as though, at least for the time being, his redemption arc will stay pretty confined to one corner of the Arrowverse — the one where Lois and Jon do their non-powered thing.

“In Jordan’s mind, Jordan has these powers, and they’re a big thing, and he understands his brother could be jealous of all that,” Garfin explained. “So even though Jordan would probably like to get to know John Henry more and all of that, that’s Jonathan’s thing, and he’s very happy with that being Jonathan’s thing.”

Superman & Lois airs on Tuesday nights at 9 p.m. ET/PT on The CW, following episodes of The Flash.