‘Swallow’ is a psychological thriller film directed by Carlo Mirabella-Davis, who also penned the screenplay. It stars Haley Bennett, Austin Stowell, Elizabeth Marvel, David Rasche, and Denis O’Hare in the lead roles. The movie follows a young woman named Hunter, who finds herself trapped inside a life she doesn’t want. As a result of her anxiety and unhappiness, she develops a psychological condition that prompts her to swallow inconsumable objects.

The female-centric film features a vivid visual style and stunning cinematography that make a disturbing premise a cinematic treat. Hunter’s medical condition is used to make some bold statements about patriarchy and conformity. If you are curious to find how Hunter’s story culminates, here’s everything you need to know about the ending of ‘Swallow.’

‘Swallow’ follows Hunter, a young woman who has recently married into a wealthy family. She tries her best to be the loving homemaker to her husband Richie, who is preparing to take over his father’s business. However, Hunter feels neglected by Richie, and a general sense of unhappiness looms over her as she tries to seek attention from her husband. Hunter becomes pregnant and seems unsure about having a baby. 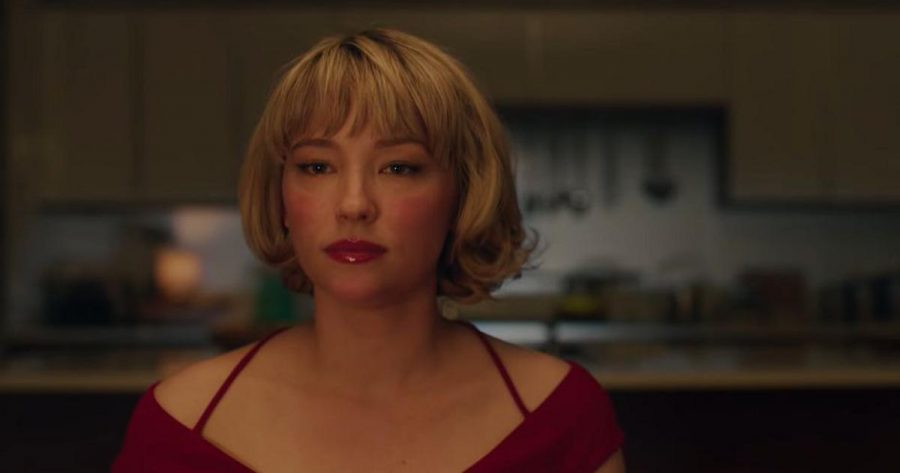 Soon, Hunter’s anxiety begins to manifest as an obsession to swallow inconsumable objects such as marbles, thumbtacks, batteries, etc. At a hospital, a sonogram check reveals that Hunter is carrying dangerous objects inside her intestines that could harm her and the baby. The objects are successfully removed after surgery. Upon learning that Hunter has developed a psychological condition known as pica, Richie and his family arrange for her to see a therapist.

After finding out that her husband has paid her therapist to divulge the details of their sessions, Hunter’s mental stability spirals down, and she swallows a small screwdriver. How Hunter deals with her internal emotional turmoil makes up for the rest of the plot.

Swallow Ending: What Happens to Hunter?

Hunter undergoes another surgery to remove the screwdriver. After learning they plan to admit her to a psychiatric hospital, she ends up running away from Richie and his family. Hunter calls Richie and expresses her unhappiness and dissatisfaction over their marriage. Richie tries to convince her to return but insults her when she refuses. Later, Hunter confronts her biological father, William, who had raped her mother, resulting in her getting pregnant with Hunter. After William expresses genuine remorse and shame for his actions, Hunter finds a sense of closure hearing William admit she is nothing like him. In the end, Hunter gets an abortion and moves on with her life.

Throughout the film, Hunter struggles with psychological and emotional issues that stem from her birth. Given the circumstances of her birth, her mother was forced by her orthodox family to keep the baby. Growing up, Hunter did not have a great relationship with her mother and felt unwanted. As a result, Hunter struggles with self-identity and doesn’t have a career or passion in life. These feelings contribute to her rushing things with Richie, and she ends up in an unhappy marriage. She also feels obliged to be thankful for the life provided to her by Richie and his family, even though it is not the life she wants.

Hunter’s paranoia gets amplified when she slowly starts to realize that she has no control of her life. Right from her birth to her pregnancy, the decisions of her life are being made for her or to taken to make others happy. Eventually, Hunter decides to wrestle back control and is able to do so after finding closure from William. In the final shot of the movie, Hunter smiles, looking into the restroom mirror after experiencing the abortion. Having an abortion is the first decision Hunter has taken by herself and for herself. She smiles genuinely for the first time in a long time, signaling that she is finally happy and in control of her own life.

Why Does Hunter Swallow Inconsumable Objects?

Much of the movie focuses on Hunter’s internal emotional conflicts. On a surface level, her impulse of swallowing inconsumable objects seems unrelated to these conflicts. However, on closer inspection, we realize that the two are closely connected. Hunter finds herself trapped in an unwanted life. She is unhappy but is unable to do anything about it or even express her unhappiness. This causes her psychological distress, which takes a physical form through her swallowing inconsumable objects. 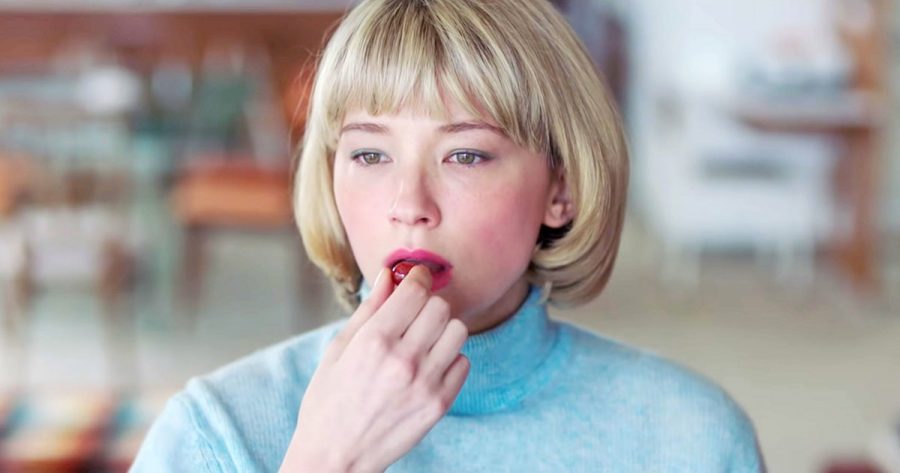 Hunter explains that swallowing these objects gives her a sense of thrill. However, there is a deeper meaning to this act. The inconsumable objects can be seen as a physical motif for the aspects of Hunter’s life that she does not have the courage or strength to change. She feels forced to “swallow” these aspects of her life that are clearly harming her mental stability. By swallowing inconsumable objects, Hunter is also trying to feel in control of these aspects while subconsciously avoiding confronting her true feelings. Therefore, Hunter’s condition, known in medical terms as pica, can be seen as a visual representation of her predicament.

In the end, Hunter is finally free from the burdens of her past life and unhappiness. She seems to have resolved her emotional conflicts and is moving into a new chapter of her life. Does that mean her ailment is cured? or will she continue to swallow inconsumable objects that can be harmful to her? While we’d truly like to believe that the resolution of Hunter’s issues has cured her pica, it is entirely possible that she might relapse if she faces emotional duress in the future.

Pica is a psychological condition, and depicting one pronged solution to such a condition would be a misrepresentation. Therefore, it is possible that makers intentionally decided to leave this question unanswered. The ending provides a satisfying conclusion to Hunter’s story, which is unsettling and realistic. Showing that Hunter no longer indulges in pica after resolving her internal issues would’ve been a deviation from the complicated real-world treatment of the ailment.