It’s hard to pin ‘Sweet Tooth’ to a particular genre. It has both science fiction and fantasy elements in it as well as mystery, drama, and action-adventure. Ultimately, it unfolds like a dystopian parable that doesn’t necessarily seek to give us morality lessons but serves as a warning about a potentially bleak future. The story is set in America in the near future when a deadly viral outbreak has killed most of humanity. Right around the time when the outbreak began, children with distinct animalistic features started to be born. These children have come to be known as hybrids. Some view them as the result of an undesired mutation in the human genome, while others see the virus as nature’s revenge against humanity and the hybrids as the next stage of human evolution.

The story revolves around an incredibly optimistic half-human, half deer boy named Gus (Christian Convery). After his father’s death, he embarks on an amazing journey across America to find the woman who is supposed to be his mother. Here is everything you need to know about the ‘Sweet Tooth’ season 1 ending. SPOILERS AHEAD.

Far away from the world facing the apocalypse, Gus grows up under the care of his Pubba (Will Forte) at the Yellowstone National Park. Pubba has created a fenced sanctuary for the two of them and told Gus never to go beyond it. But as is often the case, a child’s curiosity can never be bound. Despite Pubba telling him that the rest of the world is covered in fire, Gus learns about Tom Sawyer and wants to experience a similar adventure. When he mistakes a doe for his mother, Pubba gives him the photo of a woman named Birdie and tells him she was in Colorado the last time he saw her.

Their peaceful existence is interrupted by the arrival of another man. The encountered leaves Pubba afflicted with the virus. After his death, Gus is nearly captured by two poachers. That is when Jepperd (Nonso Anozie) arrives and kills the poachers and saves Gus. The young boy ultimately decides to travel with Jepperd, hoping to reach Colorado somehow and find Birdie. During their travel, they come across a young, radical group of hybrid supporters and their enigmatic leader, Bear (Stefania LaVie Owen). Gus and Jepperd’s stay with them ends up causing a mutiny, forcing Bear to travel with them. 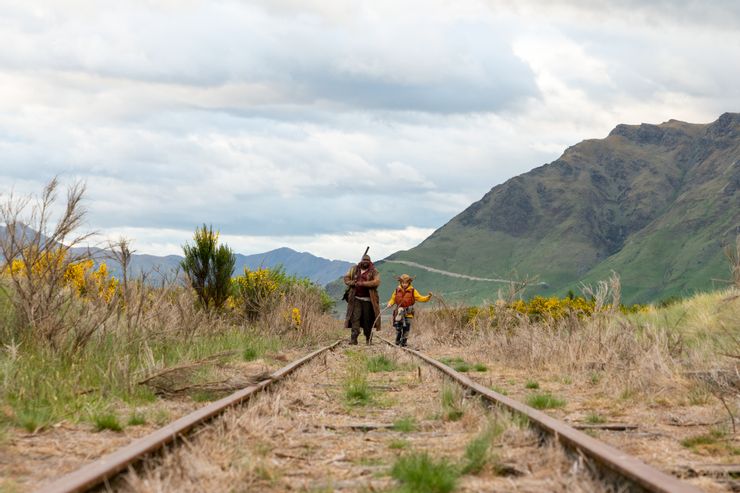 Meanwhile, the former therapist Aimee (Dania Ramirez) raises a half-human, half pig girl named Wendy (Naledi Murray) at the Essex County Zoo. In time, they turn the zoo into a preserve for the hybrids. Elsewhere, Dr. Aditya Singh (Adeel Akhtar) desperately tries to save his wife Rani (Aliza Vellani), who has the disease. After taking over the research for the cure from his predecessor Dr. Bell (Sarah Peirse), Aditya learns that one of the key ingredients to prepare the medicine that treats the symptoms is harvested from the hybrid children.

Aditya is at first horrified by the notion and tries to make the medicine in a more humane way. He fails miserably. Seeing that his wife is wasting away, Aditya makes the drastic decision to pick love over his sense of morality and faith. The disease, also known as “the Sick” or “The Great Crumble,” has nearly destroyed human civilization as we know it. The government seems to have fallen, and the military doesn’t exist any longer. In their stead, a brutal militia named Last Men has emerged.

Commanded by General Abbot (Neil Sandilands), the militia believes that there are only two ways to deal with the hybrids: extermination or experimentation. Abbot’s timely arrival saves Aditya and Rani from their murderous neighbors, who were ready to burn them alive after finding out about Rani’s condition. The penultimate episode shows Gus finding out the truth about his birth and running away. Meanwhile, Last Men take over the zoo and capture Wendy and other hybrid children.

Aditya and Rani arrive at the zoo, which will now serve as the main facility for Aditya’s experimentation. Jepperd manages to calm Gus down but learns that the young boy has already called the Preserve from the crashed airplane he found. Abbot and his men soon come to the location and shoot Jepperd. They then capture Gus and take him to their makeshift facility at the zoo. Aimee later arrives and takes Jepperd with her, believing they can help each other rescue their children.

Sweet Tooth Season 1 Ending: Who is Sweet Tooth? How Was He Created?

It is Jepperd who gives Gus the nickname of “Sweet Tooth” after his love for sweet things. Gus wishes to go to Colorado because Pubba told him that his mother was there. Both of his companions, Jepperd and Bear, know that there is a high possibility that the woman they are searching for is dead but can’t bring themselves to tell the young boy that. They eventually arrive at the house where Birdie used to live previously. Birdie’s friend Judy is the current occupier of the house. With her help, the group learns some startling truths about Gus and his origin. 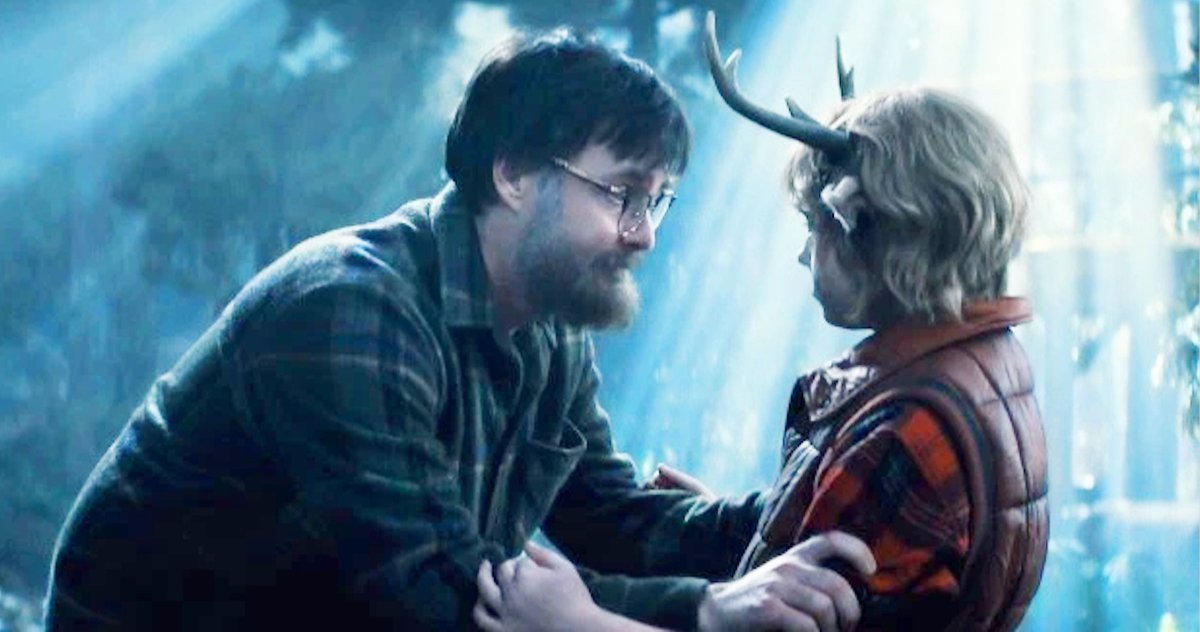 Gus’ age and his ability to speak have always fascinated anyone who has met him. He is older than all the other hybrids and can express his thoughts verbally. He is likely the first hybrid born in the world, created artificially by Birdie at the Fort Smith Labs. His name is an acronym for Genetic Unit Series 1. The “1” part likely denotes that he was always supposed to be the first of his kind. When the military came after her research, she handed the boy over to Richard, a janitor at Fort Smith and her date from that evening. Initially reluctant, Richard took the boy to Yellowstone and became his Pubba.

Are the Virus and the Hybrids Connected? 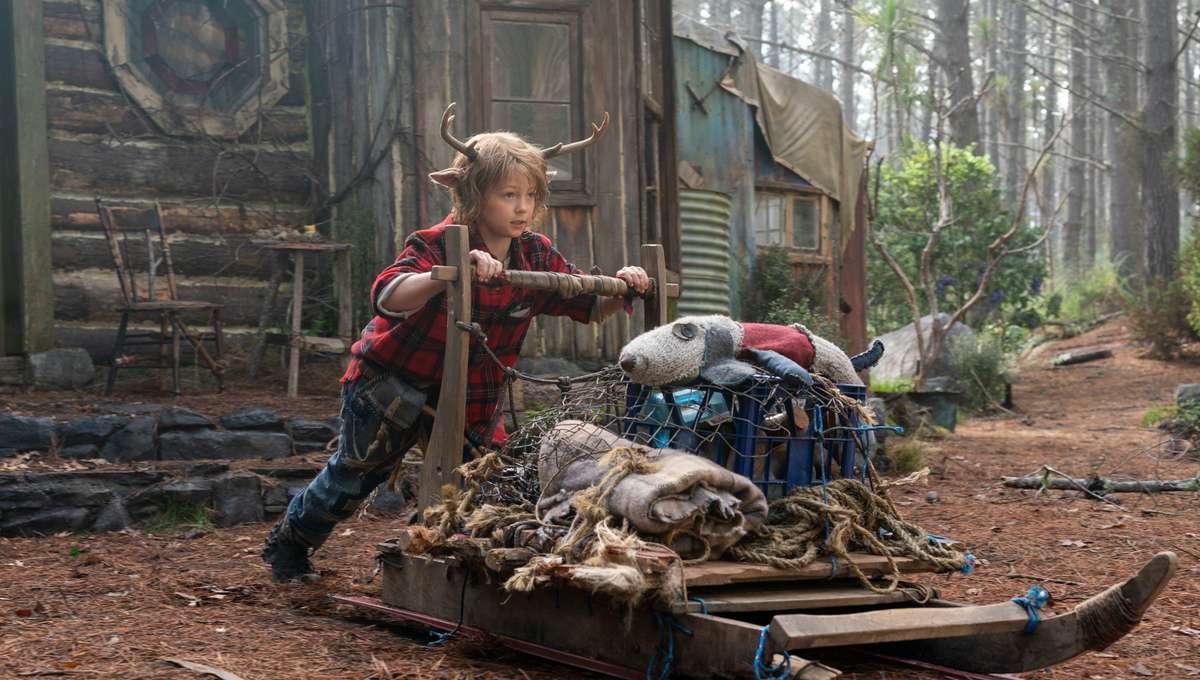 Yes, they are connected. According to Judy, Birdie told her that the H5G9 strain and the hybrids are two sides of the same coin. So even if they hadn’t caused the emergence of the disease, the very existence of the hybrids is tied to it. The research that Birdie and her team were conducting in Alaska is definitely part of the entire thing. In the original comic book series by Jeff Lemire, Dr. Singh theorizes that the researchers found the remains of an ancient hybrid race (he refers to them as gods) under the ice in Alaska and used one of their DNA to clone Gus. The H5G9 strain likely came along with the remains and eventually spread worldwide as a reckoning for humanity.

What Will Happen to Gus and Wendy?

The season ends with Gus and Wendy being held captive at Abbot and Aditya’s facility. A devout Hindu who has a statue of the elephant god Ganesh at his home, Aditya has long struggled with the idea of what he has to do to save his wife and humanity at large. By the time he is brought to the facility, he seems to have agreed with it. But after he sees Gus, his faith seems to be reinvigorated. He speaks to Johnny about the goddess of learning, Saraswathi. According to Aitareya Upanishad, she once took the appearance of a red deer. It’s the dichotomy between his faith and love for his wife that will likely continue to shape his characters in the coming seasons. 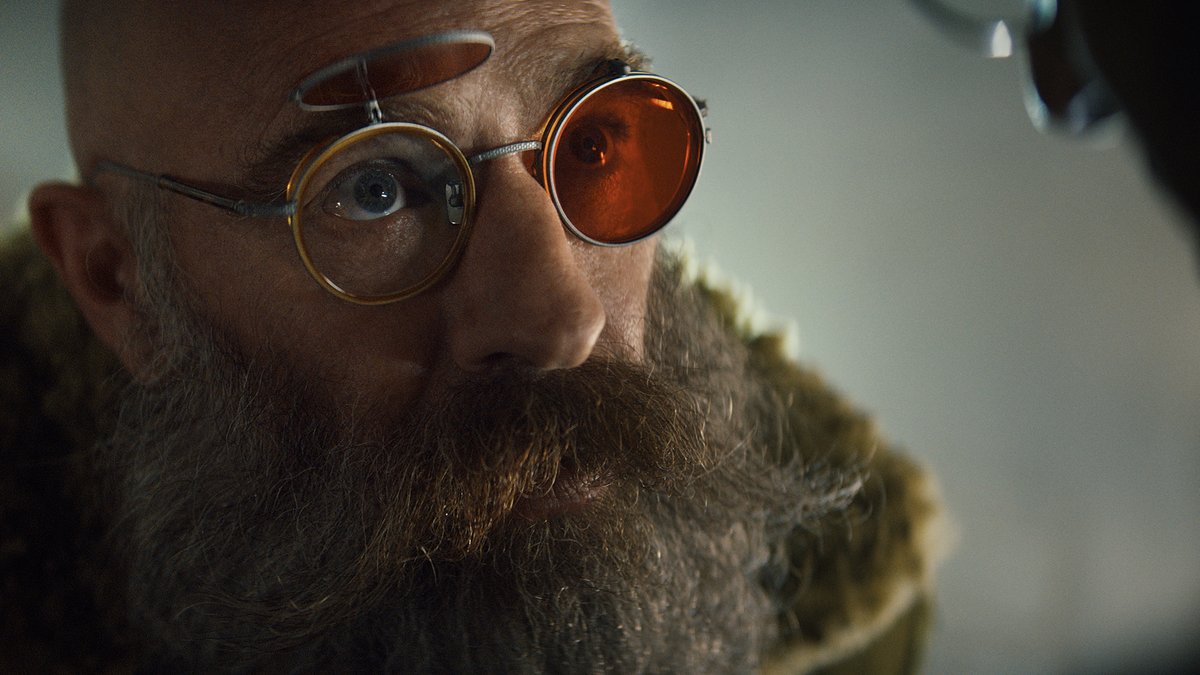 In the season finale, Aditya spares Gus because he sees the boy as a version of his idea of divinity. Wendy, too, might be spared because of her ability to speak. But that doesn’t mean the experimentation will cease altogether. Both Abbot and Aditya are aware that another wave of the disease is coming. They know that they need to find a permanent cure before it arrives. There are other children in the facility, and they will be used for this. This will likely continue until a cure is found or Jepperd and Aimee come to save their children.

Where is Birdie Now? 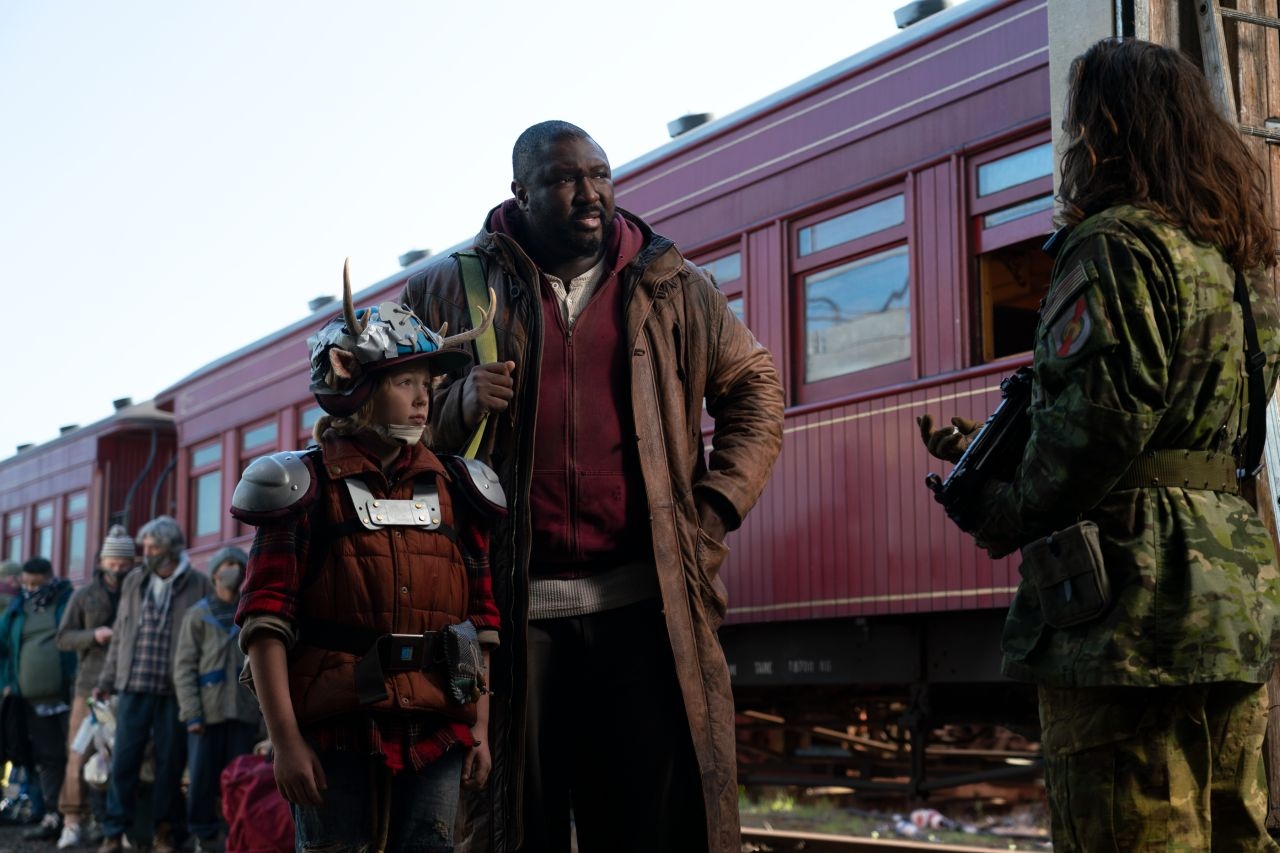 Bear, whose real name is apparently Becky, manages to fix a satellite phone with which she successfully connects with Birdie. Seeing her snowy surroundings, the older woman is likely in Alaska. After she parted ways with Gus and Richard, Birdie was seen going back into the lab to get all of her research. Before departure, she told Judy that she was going to look for Gus, but for some reason, she has apparently gone back to Alaska to complete her research. If Bear tells her that Gus has come back to Colorado looking for her, she might return to see him again.

Are Wendy and Bear Related? 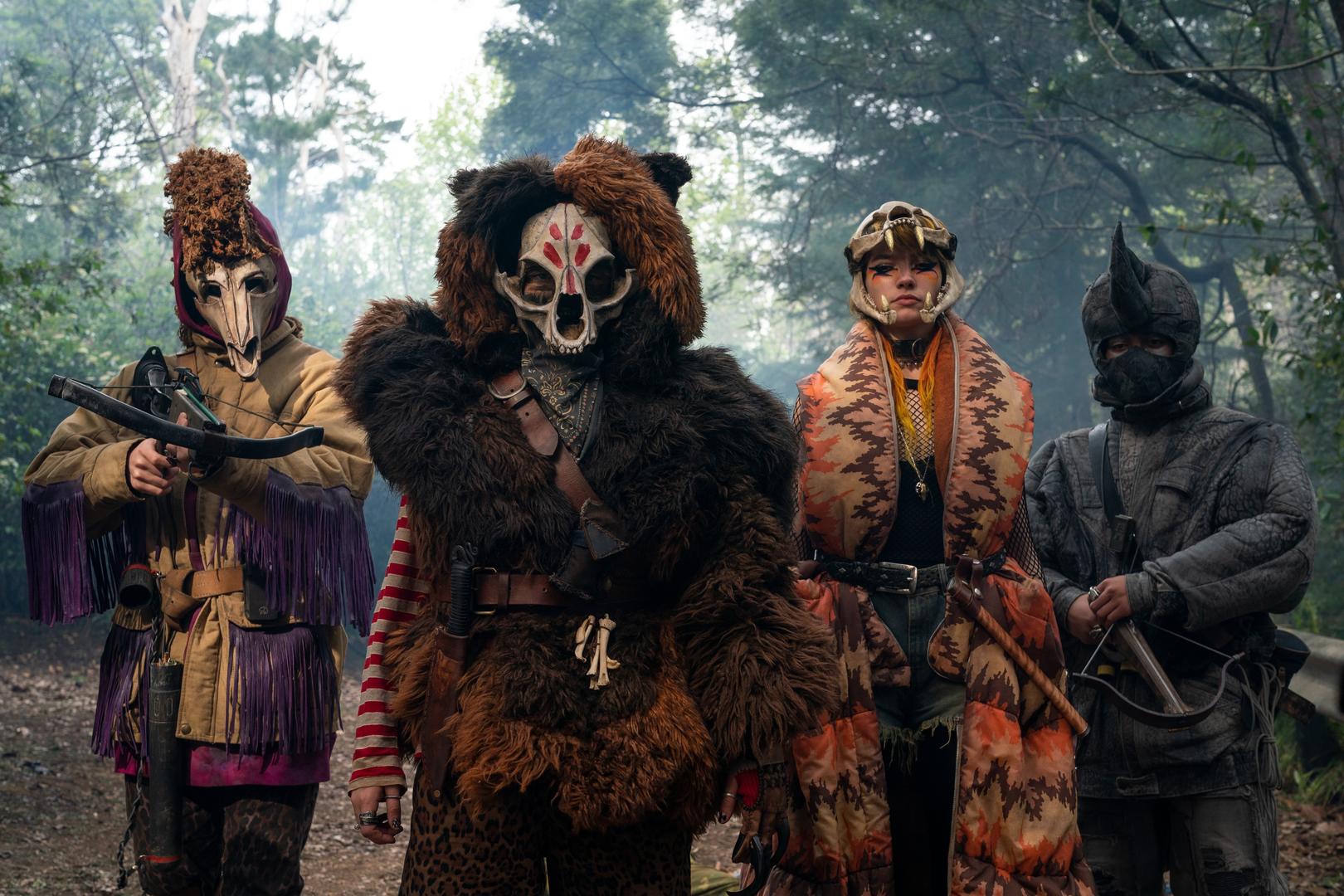 Yes, Wendy and Bear are related. Wendy is the biological daughter of Bear’s foster parents. Although she initially claims that First Men killed her parents, she later reveals to Judy that they died because of the disease. Wendy was subsequently taken away by the authorities. However, she somehow ended up in a plastic crate in front of the Essex County Zoo, where Aimee found her. As for Bear, she later formed the radical group of hybrid rescuers with her friend Tiger.

The producers probably realized that the comparison with the real-life COVID situation is inevitable given the subject material and decided to embrace it completely. There are multiple conversations about masks, PPEs, and social distancing. The horrors that we have seen on the streets and in the hospitals of certain countries seem to have been replicated in the film. 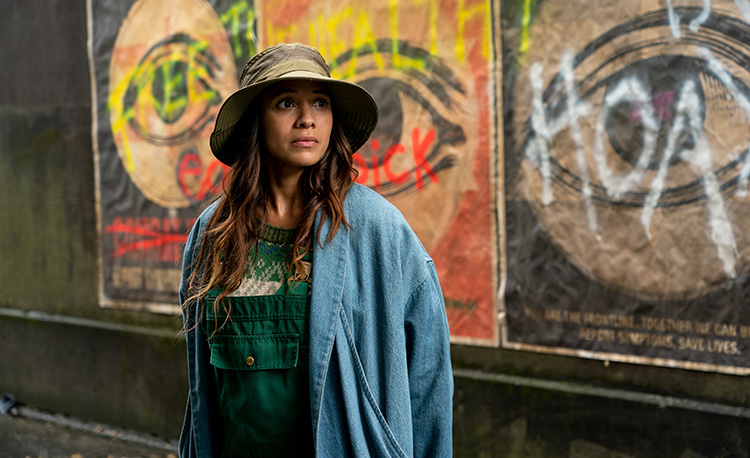 ‘Sweet Tooth’ is not the first film to refer to COVID, and it will definitely not be the last. The show approaches the bleak situation with a certain amount of levity. In the hands of a lesser showrunner, this could have been a disaster. But Jim Mickle uses this particular brand of humor to add an extra layer of humanity to the story.