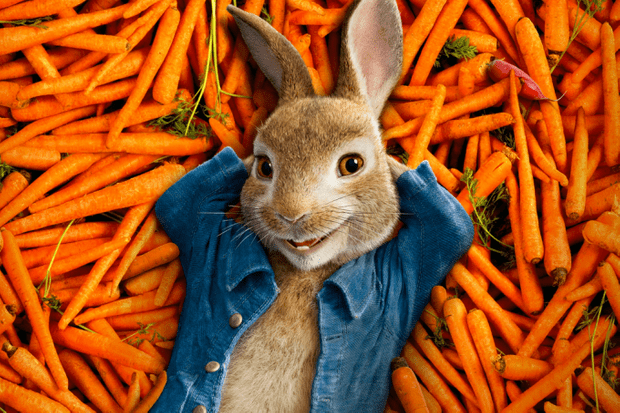 For the second year in a row, we’re spending Easter in lockdown, and although restrictions have eased somewhat in England, we’re still spending more time indoors than might usually be the case.

With that in mind, you might be looking for ways to keep the kids occupied over Easter weekend. Luckily there’s a wealth of family films that are readily available to stream, many of which are relevant to Easter.

So whether you fancy some animated fun with Wallace and Gromit, or a classic musical starring Judy Garland and Fred Astaire, you can check our list of all the best family movies to watch over Easter below.

Many of the best Easter movies for the whole family are, of course, Disney films and you sign up to Disney Plus for just £79.90 a year for a full year’s subscription (or £7.99 a month). You will be able to enjoy various Pixar and Marvel films, and so much more.

Every good Easter film needs a rabbit, and few come more famous than Peter Rabbit himself. This 2018 update of Beatrix Potter’s classic tale sees James Corden voice the titular bunny (now computer-generated) as he battles Domhnall Gleeson’s Mr. McGregor for his vegetable garden. A sequel was originally due out this Easter, but has since been delayed.

Wallace and Gromit: The Curse of the Were-Rabbit

For rabbits of the bigger variety, you can’t do much better than Aardman’s only feature-length film in the popular claymation series. Featuring a cast befitting a big-budget adaptation (including Ralph Fiennes and Helena Bonham Carter) but losing none of the charm of the original shorts, this comedy will have the whole family laughing. Adults will love the clever references too, as the film parodies everything from King Kong to Top Gun.

Watch Wallace and Gromit: The Curse of the Were-Rabbit on Amazon Prime Video

While Russell Brand as the Easter Bunny doesn’t sound like the most family-friendly choice, this live-action/CGI comedy is thankfully suitable for all. In perhaps the most Easter-themed film there is, Brand’s E.B. – the Easter Bunny’s son – heads to Hollywood to become a drummer, and teams up with a human named Fred to stop an evil chick attempting to take over the family business. Look out for Sonic the Hedgehog‘s James Marsden and The Flight Attendant’s Kaley Cuoco too.

Rise of the Guardians

The Avengers of holiday films, this 3-D computer-animated adventure gives us the Easter Bunny, Santa Claus, the Tooth Fairy, the Sandman and Jack Frost as you’ve never seen them before. Reimagined as superhero-esque protectors, the fantasy characters team up to form the Guardians in order to stop the evil spirit Pitch from taking over the world. Some real-life acting legends appropriately take on the roles, with Chris Pine, Alec Baldwin, Hugh Jackman, Isla Fisher and Jude Law all lending their voices.

Watch Rise of the Guardians on Netflix

The Secret Life of Pets 2

A sequel to one of the biggest animated comedies of the last few years, The Secret Life of Pets 2 sees Max the terrier embark on a worrisome trip to the countryside with his friends. Turns out pets secretly have movie star voices – the film features Patton Oswalt, Kevin Hart, Eric Stonestreet and Harrison Ford (!) in his voice acting debut. At a time when we’re constantly with our pets, here’s a chance to see what they do when you’re not around.

Watch The Secret Life of Pets 2 on NOW

Disney’s first fully computer-animated movie (and one of their first forays into 3D), this often forgotten film from 2005 has an adorable cast of animal characters to keep the kids entertained this Easter. When Zach Braff’s Chicken Little becomes convinced that the sky is falling, no-one believes him. Until aliens start invading.

The Prince of Egypt

Charlton Heston’s live-action Moses features a little further down this list, but this 1998 animated iteration may be a better choice for the kids. The Book of Exodus is retold here, complete with a talented voice cast including Val Kilmer, Ralph Fiennes, Michelle Pfeiffer and Sandra Bullock, as well as the mandatory catchy tunes. The pop hit When You Believe – remember that? – by Whitney Houston and Mariah Carey came from this movie, and won Best Original Song at the 1999 Academy Awards.

Rent The Prince of Egypt on Amazon Prime Video

The Chronicles of Narnia: The Lion, The Witch and the Wardrobe

Disney’s 2005 blockbuster adaptation of the classic C.S. Lewis book delivered a perfect Lord of the Rings-esque fantasy epic suitable for younger children, with impressive battle scenes for the adults as well. The Christian parallels are easy to see for the older viewer, making Easter the perfect time to reunite with the Pevensie children, Mr. Tumnus and co. The franchise may have struggled afterwards, but this first film still stands as a high point for children’s fantasy.

Watch The Chronicles of Narnia: The Lion, The Witch and The Wardrobe on Disney Plus

While there are no Easter celebrations here, a tough bunny is the star of one of Disney’s biggest hits of the last few years. Zootropolis (better known as Zootopia outside the UK) follows rookie rabbit cop Judy Hopps as she teams up with con artist fox, Nick Wilde to solve a conspiracy. As well as earning over $1billion worldwide, it’s also one of the best modern Disney films. We gave it five stars.

Watch Zootropolis on Disney Plus

A chance to remind ourselves of the original Easter story – perhaps with a few creative liberties – this 1973 adaptation of the famous Andrew Lloyd Webber musical emphasises the superstar part of the title. If you prefer your Bible stories with jet fighters and disco costumes, then this is the film for you.

The Greatest Story Ever Told

This ambitious film features not only the story of the resurrection, but Jesus Christ’s entire tumultuous life. Epic in scope – and runtime – this film took inspiration from a 1947 radio series to become one of the great religious biopics. The cast is just as epic, with an ensemble including Charlton Heston, John Wayne and the late Max von Sydow.

Rent The Greatest Story Ever Told on Amazon Prime Video

MGM’s classic musical follows a performer who hires a chorus girl as his new dance partner to make his previous one jealous, setting up a G-rated love triangle. Sure, the plot doesn’t have that much to do with Easter, but who needs an excuse to see Fred Astaire and Judy Garland sing and dance through some of their biggest hits? To keep just enough Easter spirit, the film culminates with a proposal at, you guessed it, a show-stopping Easter Parade.

Charlton Heston headlines another religious epic, this time playing Egyptian prince Moses as he discovers his Hebrew roots and becomes a messenger for God. Cecil B. DeMille’s remake of his 1923 silent film is one of the most financially successful films of all time, making well over $1billion if you adjust for inflation. The film has aired at Easter on network television in the US every year since 1973, and you can now join our American cousins through the more modern technique of streaming.

Another film prominently featuring a rabbit, this 1988 classic blends animation and live-action to wonderful effect and remains a firm family favourite. The noir-ish plot follows Roger, a toon rabbit who seeks the help of human detective Eddie Valiant after he becomes convinced his wife, Jessica Rabbit, is having an affair. Things take a turn for the worse when Roger ends up accused of murder…

Watch Who Framed Roger Rabbit on Disney Plus

OK, so there’s not much direct relevance to Easter in this film – beyond the theme of resurrection – but Pixar’s latest feature is nonetheless a perfect watch for the whole family over the holiday weekend. With a stellar voice cast, some characteristically sublime animation and an Oscar-nominated score, the film ticks just about every box, telling a life-affirming story about a jazz musician who learns some valuable life lessons after an unfortunate accident.

Watch Soul on Disney Plus

Easter weekend is a great time for a family musical – and they don’t come much better than Chitty Chitty Bang Bang. Based on the book by James Bond writer Ian Fleming and adapted for the screen by Roald Dahl, this story of an eccentric inventor and his flying car includes some superb songs, a memorable turn from Dick Van Dyke and, of course, one of the great film villains of all time – the terrifying Child Catcher.

One of the best things about Easter is the opportunity to eat huge amounts of chocolate, so what could be more fitting than heading to Willy Wonka’s famous factory for a whimsical adventure with Charlie Bucket and Grandpa Joe? The original adaptation of Roald Dahl’s novel features some catchy tunes and wonderful sets, and Gene Wilder is simply perfect as the eccentric factory owner. Another Willy Wonka film is currently in development – but this one will be hard to top.

This film, released in 2011, was the first original Pooh feature for more than 35 years, and follows the lovable bear as he searches the Hundred Acre Wood for a replacement for Eeyore’s missing tail. While on their hunt, Pooh and his friends receive a cryptic message from Christopher Robin that soon takes them on a separate, more daring, adventure.

Watch Winnie the Pooh on Disney Plus

Disney has adapted many a classic fairytale over the years, and one of the more recent examples is this enjoyable reworking of the classic Brothers Grimm tale Rapunzel. Released in cinemas back in 2010 it featured This is Us star Mandy Moore voicing the long-haired prisoner. As is to be expected from a Disney animation, there are plenty of toe-tapping tunes and some stunning animation to be enjoyed – not to mention a couple of excellent animal sidekicks in chameleon Pascal and horse Maximus.

Watch Tangled on Disney Plus

If you’re after something a little bit shorter to keep the kids occupied, you might enjoy this Easter-themed Ice Age short which was released as a TV special back in 2016. Set five years after the events of Ice Age: Continental Drift, the 25-minute film features all the main characters from the franchise, including Sid, Manny, and Diego, as they prepare for the Easter Weekend – including an Easter Egg hunt with a difference.

Watch Ice Age: The Great Egg-Scapade on Disney Plus

Find out what other films are showing this Easter with our TV Guide.