‘The 8th Night’ (also known as ‘Je8ileui Bam’) is a South Korean supernatural fantasy film written and directed by Kim Tae-hyung. The movie tells the story of an exorcist who must stop a centuries-old demon from rising to full power and wreaking havoc on the entire world. The exorcist must confront his past to defeat the demon. It stars Lee Sung-min, Park Hae-joon, Kim Yoo-jung, and Nam Da-reum in the lead roles.

The occult thriller mixes elements of murder mystery with Buddhist philosophy and folklore to craft a compelling tale of destiny and fate. All this culminates in one epic showdown between the forces of good and evil. However, the ending of the movie leaves a fair bit to interpretation. Here’s everything you need to know about the ending of ‘The 8th Night.’

‘The 8th Night’ opens with an exposition that explains to us about a powerful demon who tried to unleash hell on earth. The demon’s source of power is its two eyes, one red and one black. Buddha managed to separate the two eyes and safely buried them in caskets hidden in opposite ends of the world. Centuries later, an archeologist discovers one of the caskets. However, the red-eye inside the casket awakens a few years later after the archeologist performs a blood sacrifice. The people whose blood was used are the stepping stones in the demon’s path to reunite the red-eye with the black-eye and rise to full power eight nights later. 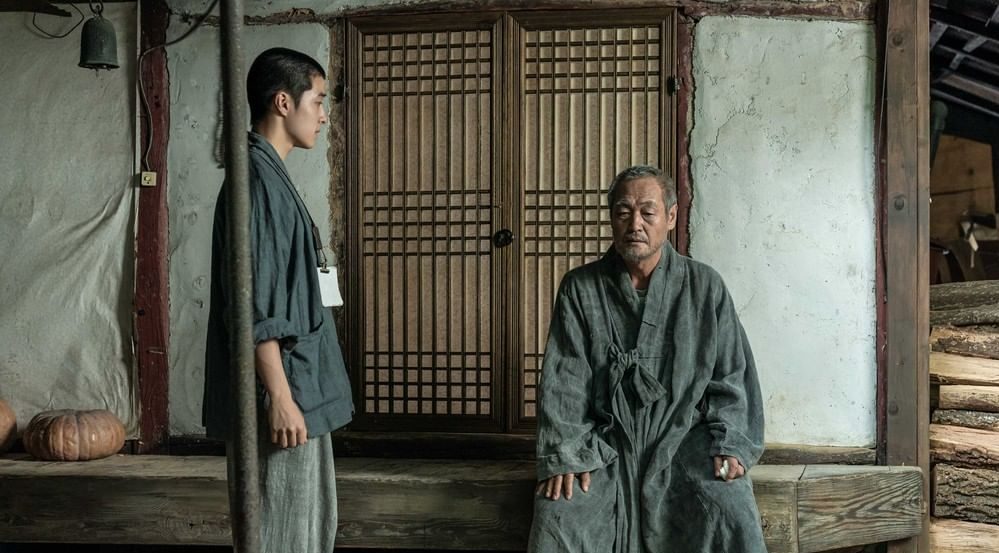 Monk Hajeong, the protector of the other casket, learns of the red-eye’s reawakening but passes away shortly afterward. Through an astral projection, Hajeong instructs a young monk named Cheong-seok to seek out Monk Seonhwa, the next in line as the casket’s protector. However, Seonhwa now lives a quiet life as a day laborer and goes by his real name Park Jin-su. Meanwhile, the red-eye slowly crosses over the stepping stones by killing the aforementioned people. Cheong-seok finds Park, and the two prepare a plan to stop the eyes from reuniting.

The 8th Night Ending: How Do Cheong-seok and Park Stop the Demon?

After Park’s attempt to kill the seventh person fails, he follows Cheong-seok back to Buk-san, the monk’s home and hiding place of the second casket. The two then set a trap to stop the demon. The demon needs to possess the casket’s protector to open the second casket. Therefore, Park appears as bait to trap the demon inside a barrier protected by Buddhist chants. However, because Park left Buk-san, he is no longer the protector. Park realizes that Cheong-seok is the protector of the caskets. The demon then directs Ae-ran, the maiden from the prophecy meant to woo the protector to bring Cheong-seok to him. 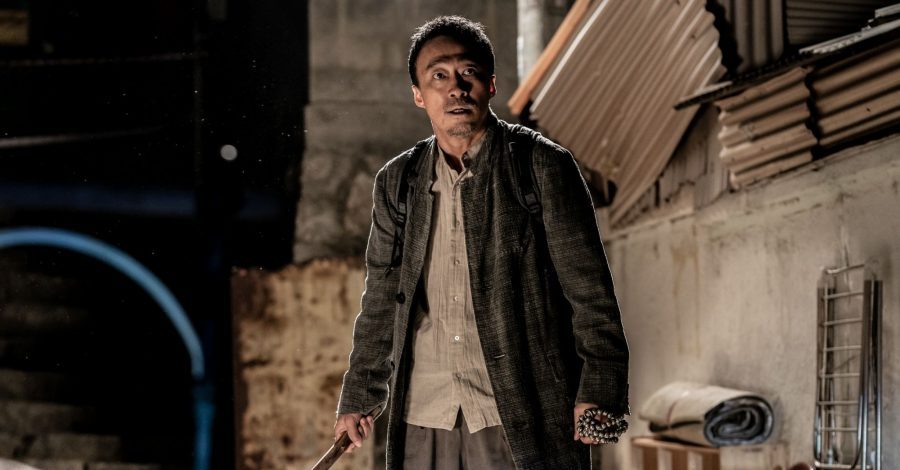 However, Cheong-seok escapes. The demon chases Cheong-seok and Park follows them. Just as Park strikes Dong-jin’s body, Detective Kim Ho-tae arrives and shoots Park. The demon then kills Ho-tae and possesses Cheong-seok. Park pleads with the demon to take his body instead. This allows Park to create a Buddhist marking on Cheong-seok’s face that banishes the demon from the monk’s body. In the end, Cheong-seok reluctantly strikes down Park with the enchanted ax, effectively stopping the demon. He later returns the casket to its hiding place.

The ending of the movie plays in with the Buddhist philosophy about Karma, which is prevalent throughout the movie. Over the course of the movie, Park has been struggling to deal with his past. He harbored resentment towards Cheong-seok because his mother killed Park’s family. In the final moments, the demon plays a trick on Park and tries to use his agony and anxiety to make him kill Cheong-seok. 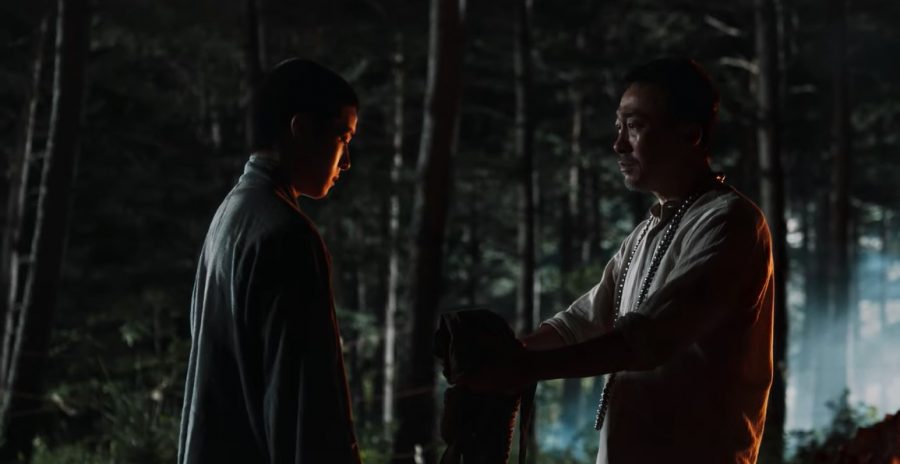 Park chooses to save Cheong-seok and sacrifices himself. Through this action, Park overcomes his past sins, which helps Cheong-seok defeat the demon. Thus, in the end, both fulfill their destiny. This underlines that everyone has a part to play in the grand scheme of things. Even the most painful moments of our life are a part of the Karmic cycle. Park and Cheong-seok’s fates are tied by karma. Their interconnected tragic history ultimately gave them the attributes required to defeat the demon.

This is foreshadowed in Hajeong’s talks about the demon earlier in the film. According to him, the second casket was given to two disciples of Buddha for safekeeping. One was a nameless monk, and the other was a virgin. In the modern-day, Cheong-seok is the virgin who is pure in every sense. He has a childlike innocence and does not understand agony and anxiety. This makes him the perfect person to defeat the demon. Similarly, Park lives a life of anonymity, making him the nameless monk of the story. Thus, defeating the demon together was their destiny.

Ae-ran is the adoptive daughter of the archeologist who finds the casket in the desert. We later learn that she sacrificed herself to become the one to assist the demon in wooing the virgin. Ae-ran, who is now a ghost, takes off Cheong-seok’s clothes that have a protective seal on them. Thus, allowing the demon to possess Cheong-seok. However, in the closing moments, we see that after Cheong-seok hides the casket in the desert, he is able to free Ae-ran’s spirit. Does this mean Ae-ran is still alive and was only trapped in the demon’s spell? That is certainly one interpretation. 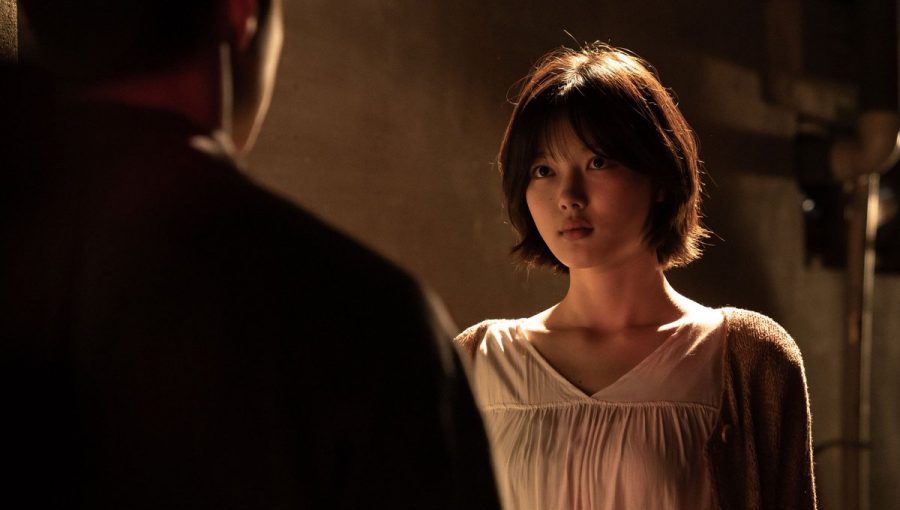 However, the more likely possibility is that Ae-ran is dead, and Cheong-seok is helping her spirit pass on into the afterlife. Thus, Cheong-seok’s transformation into the casket’s protector is complete. Like his master, Park, it is possible that he now has the ability to help spirits transcend into the afterlife. Freeing of Ae-ran’s spirit also means that the next time the demon tries to rise, it will have to find a new maiden. Cheong-seok has now taken on the role of the casket’s protector, but history is destined to repeat itself. This is hinted at by the title card that appears at the end. The 8 changes to a symbol of infinity, suggesting that the battle between good and evil will go on forever.