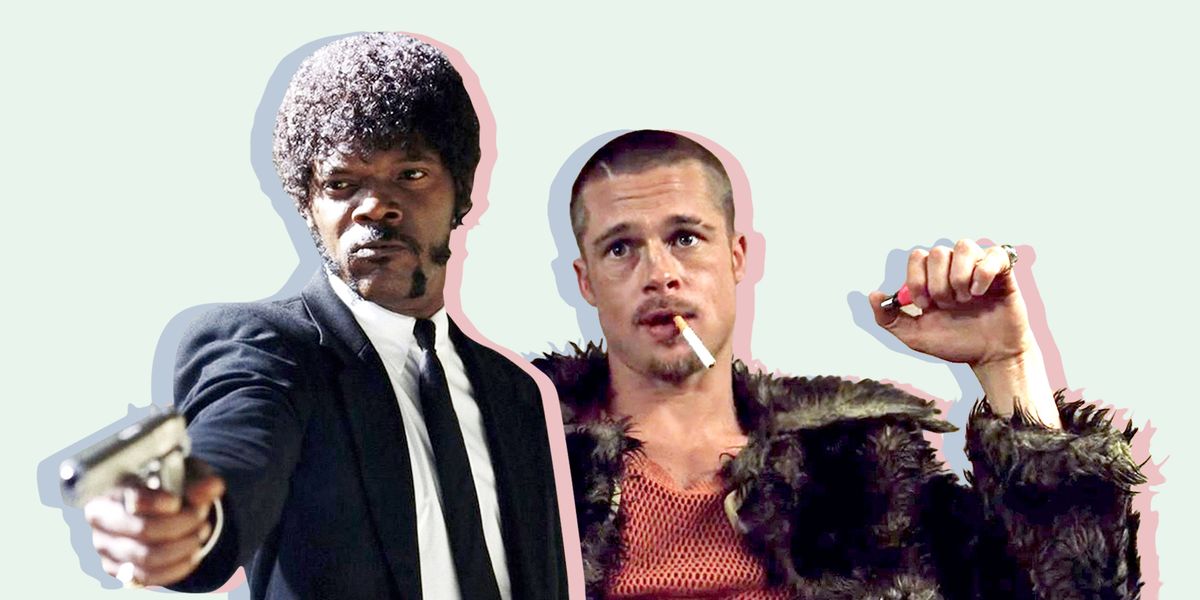 The 1990s proved a legendary decade in the world of moviemaking. So much so that now, even thirty years later, much of the fodder from the time is cemented in the public consciousness. Can you imagine a life without lines like “Life is a like a box of chocolates. You never know what you’re gonna get,” to quote at random? What about The Matrix‘s positing that this might just all be a simulation? Or, how about The Truman Show‘s total mind-bending tip of reality TV to the extreme, before reality TV was the norm?

But before we start feeling too old, the point is, to watch a 90s movie is to take a cinematic time machine back to that world, when the internet was new, people had cassettes, Walkmen, beepers, and dial-up. So if you’re looking to hop on the World Wide Web for a little new-age streaming of an older-age movie, we’ve got you.

Here are the best movies of the 1990s currently streaming.

Where would the 90’s be without a new interpretation of a Shakespeare classic? Mixing beachside California with the classic text, it also introduced fans to two extremely beautiful people in the titular roles: Leonardo DiCaprio and Claire Danes.

Ah, the science fiction classic. When a young hacker discovers his entire dystopian world is being controlled by machines, he feels the need to bring human will back. What does this inspire, though? Well, you’ll need to watch the movie—and its sequels, including a new one this December—for yourself.

You can’t have a list of 90’s movies without an Adam Sandler epic. This movie follows a sloppy bachelor who finds himself with a kid after he’s left on his doorstep. What transpires: a tale of growing up, father-son like bonding, and the question of what it takes to find love and happiness.

Based on the famous SNL sketch, Mike Meyers and Dana Carvey come together as two rock music lovers who hanging out in a basement and producing a public-access television show. You might just be screaming “Wayne’s World!” after watching this one—don’t say we didn’t warn you.

It’s based on historic events. It has great songs. It has even better choreography. Also, there’s a baby-faced Christian Bale in the main role. It may not be one of the top Disney movies, but with its cult following, it still earned its place in the movie canon.

10 Things I Hate About You

Following the modern Shakespeare attachment, this movie explores the budding relationship of outcast Kate Stratford and bad boy Patrick Verona. The only problem? He’s being paid to go out with her, but she has no idea. In between high school parties, heartbreaks, and an emotional poetry reading, there’s a snarky wit to this movie, making it a classic.

Tim Robbins and Morgan Freeman star in this gripping film based off of Stephen King’s novella Rita Hayworth and the Shawshank Redemption. After being sentenced to two consecutive life sentences for allegedly killing his wife and her lover, one man must make peace with the consequences of a crime he swears he didn’t commit.

The quintessential gateway to Quentin Tarantino’s filmography, Pulp Fiction is an action-packed, multi-perspective thriller starring the likes of Bruce Willis, John Travolta, Samuel L. Jackson, and Uma Thurman, among others. Circulating around two hitmen in Los Angeles, the film is as gory and mind-blowing as it is humorous.

The type of film that’s so memorable you could spend a whole day retelling it to strangers at a bus stop. Tom Hanks stars as a slow-witted man who lives an all-but-limited life, living through major moments in U.S. history while blazing a trail for himself.

The Silence of the Lambs

Jodie Foster stars as Clarice Sterling, a student at the FBI training facility, who is assigned to interview and study serial killer Dr. Hannibal Lecter, played by Anthony Hopkins. The interview is meant to aid in a larger, onlooking investigation of another serial killer, Buffalo Bill, but her learning becomes more hands-on than one would think.

Matt Damon and Robin Williams star in this heartwarming and charming story about an MIT custodian with a genius-level IQ, who gets discovered by a professor there after solving an equation on a chalkboard. Despite his intelligence, the custodian receives crucial life lessons from the professor—and a chance to turn his life around.

Directed by Steven Spielberg, Schindler’s List tells the story of Oskar Schindler, a Sudetan German man living in WWII Poland who employs Jewish workers in his factory as a means of saving them from the Holocaust.

Nothing says toxic masculinity quite like bored businessmen making a fighting ring out of sheer disappointment with their lives. Edward Norton and Brad Pitt star in this classic thriller that packs a punch from start to finish.

As meta as it gets, The Truman Show stars Jim Carrey as Truman Burbank, a man who doesn’t realize that he has spent his entire life on a TV set with his livelihood being orchestrated and broadcasted to the American public.

The Coen Brothers’ The Big Lebowski is an epic crime caper comedy starring Jeff Bridges as “The Dude,” a man whose life is turned upside-down when he is attacked for his mistaken identity. The listless and lazy man discovers a newfound sense of purpose in tracking down the man he was mistaken for: the Big Lebowski.

One of Martin Scorsese’s best, Goodfellas is based off Nicholas Pileggi’s book Wiseguy, which tells the story of mobster and FBI informant Henry Hill. Hill, a half-Sicilian and half-Irish Brooklynite, finds his identity and fate both split in two when he realizes the feds and his own mob are both after him.

Shot over the course of five years, this acclaimed documentary follows the pursuits of two high schoolers from the inner city of Chicago who travel every day to attend a predominantly white, suburbian high school. Recruited for the school’s prestigious basketball program, the two work towards their dream of going pro.

Film greats Spike Lee and Denzel Washington team up to tackle the biopic of one of the most influential men of the Civil Rights movement and American history as a whole: Malcolm X.

Writer-director Wong Kar-wai’s beloved Chungking Express tells the story of two lovesick Hong Kong policemen. One, who is struggling through an ultimatum to get over his lost love. The other, who is working through a breakup with his ex through an unexpected new flame.

Jennie Livingston’s canonical documentary Paris Is Burning is an unforgettable dive into the underground ballroom scene of 1980s New York City. Required viewing for all Drag Race fans, as well as practically anyone who wants to learn about and acknowledge the roots that today’s pop culture holds in drag culture.

Based on Irvine Welsh’s novel of the same title and directed by Danny Boyle, Trainspotting follows a group of down-and-out youths in Edinburgh who work their way through the hassles of heroin addiction, poverty, and life.

Clint Eastwood is at his best in this revisionist Western that took home Best Picture at the 1993 Oscars. When sex worker Delilah Fitzgerald is attacked by cowboys in Big Whiskey, Wyoming, a reward is posted for her attackers’ murder. Eastwood plays former bandit William Munny who comes to collect the reward, putting him at odds with another gunfighter and the town sheriff (Gene Hackman).

Is there a better, more charming, or more quintessentially ’90s romantic comedy than You’ve Got Mail? Answer: no. This is it. The Nora Ephron classic stars Meg Ryan as a small bookshop owner and Tom Hanks as a rival mega bookstore owner who unwittingly fall in love over email, dial tone and all.

James Cameron’s epic romance/disaster film follows two young lovers aboard the Titanic. It helped launch the careers of Leonardo DiCaprio and Kate Winslet, and it will make you cry every time.

Ridley Scott’s Thelma and Louise set the gold standard for women-on-the-road movies, but it’s so much more than that. Geena Davis and Susan Sarandon play two best friends who hit the road for a vacation that turns into an escape from the law.

Anna Grace Lee
Anna Grace Lee is an editorial fellow at Esquire, where she covers pop culture, music, and entertainment.