The Conjuring: The Devil Made Me Do It Ending, Explained ‘The Conjuring’ films have a way of spurring our imagination that is rarely replicated by any other films or TV shows. Their association with real-life events makes us wonder how much of what we see on the screen is true. People have always been fascinated by the paranormal and occult, but very few of us are willing to accept the evidence of such things even when they are presented to us.

The secret of the success of these films lies in that incredible dichotomy in the audience’s perception. ‘The Conjuring: The Devil Made Me Do It’ is the third installment among the primary group of films in ‘The Conjuring’ universe after ‘The Conjuring’ and ‘The Conjuring 2’ and the eighth overall entry in the sprawling franchise. Here is everything you need to know about its ending. SPOILERS AHEAD.

The Conjuring: The Devil Made Me Do It Plot Synopsis

On a July evening in 1981, in Connecticut, US, Ed and Lorraine Warren (Patrick Wilson and Vera Farmiga) and their assistant Drew (Shannon Kook) witness Father Gordon (Steve Coulter) perform an exorcism on the 8-year-old David Glatzel. The exorcism is halted midway after Gordon gets knocked out. Ed tries to complete the exorcism, but his recitation doesn’t have much of an effect on the demon.

Using David’s body, the demon attacks him. Arne (Ruairi O’Connor), the boyfriend of David’s older sister Debbie (Sarah Catherine Hook), grabs the possessed boy and pulls him away from Ed. He pleads with the demon to leave the boy and take him instead. The demon acquiesces and transfers into Arne’s body. However, no one except Ed notices this. But he has a heart attack and has to be admitted to a hospital. 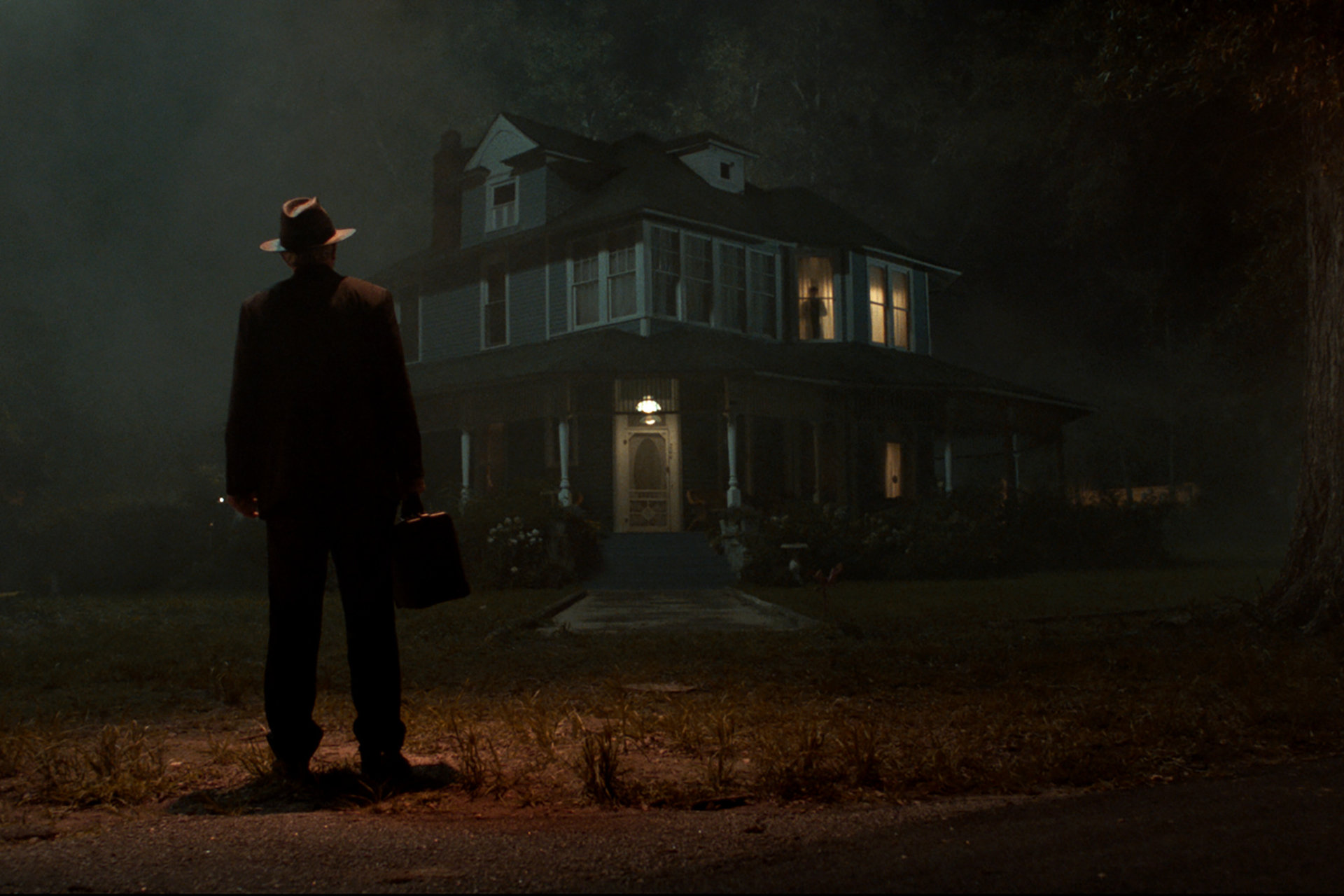 Believing the demon is gone, the Glatzels try to return a modicum of normalcy to their lives. Arne and Debbie live in a room of Debbie’s boss Bruno’s house free of cost. The two of them start to plan for a future together. Soon, however, Arne starts to notice that something is definitely wrong with him. He keeps seeing a tall and gaunt woman and constantly loses awareness of his surroundings. Meanwhile, Ed wakes up and tells Lorraine what happened at the Glatzel house. By the time she manages to send help to Arne and Debbie, it’s already too late. A police officer finds Arne walking aimlessly on the street after murdering Bruno.

Arne is subsequently arrested and faces charges that can potentially lead to a death sentence. Ed and Lorraine convince Arne’s skeptic lawyer to use demonic possession as a defense by inviting her to their home and showing her, among other things, the Annabelle doll. The Warrens learn that David’s first paranormal experience involved the waterbed in his room. While underneath the said room, Lorraine finds an occult totem. The demonologists realize that an occultist has put a curse on the Glatzels. At Gordon’s suggestion, they reach out to Kastner (John Noble), a former priest who has spent years researching the occult.

The Conjuring: The Devil Made Me Do It Ending: Who Has Put a Curse on David?

After the Warrens find the totem, they deduce that Satanism and witchcraft are involved. According to the Warrens, totems like that are used to summon demons from hell and make them possess a particular person. After that possessed person has killed someone, the demon leaves. This is why Arne can read from the Bible after killing Bruno. The demon isn’t inside his body any longer. The curse was originally put on David but was transferred to Arne when he pleaded with the demon to take him instead of the boy.

During their investigation, the Warrens discover that a similar totem was found in Danvers, Massachusetts, where a young woman named Katie Lincoln was stabbed 22 times, the exact number of injuries that Arne inflicted on Bruno. The officer that investigated the case reveals to them that Katie’s friend, Jessica, has been missing since then. Using her ability, Lorraine finds out that Jessica killed Katie while under demonic possession before leaping from a cliff to her death. 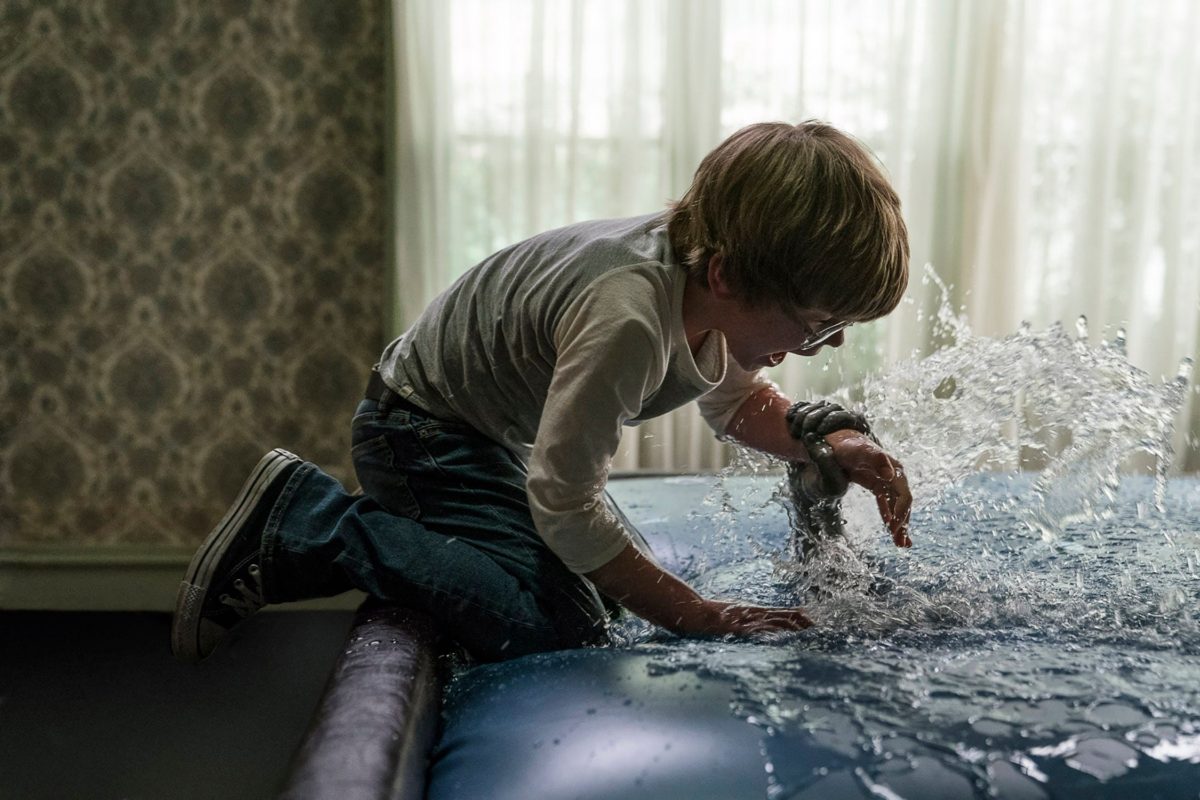 Initially, the Warrens are puzzled by over a hundred miles of distance between the two incidents and struggle to figure out the connection between them. They then find out the Occultist has placed the same curse on Ed as well. After Drew tells Ed that Jessica attended a nearby college, the latter realizes that the occultist is active in their locality.

The occultist is eventually revealed to be Lola (Eugenie Bondurant), Kastner’s daughter. She was born when Kastner was still associated with the Church. After Lola’s mother’s death, Kastner left the Church and brought her up. Despite quitting his work, his obsession for the occult didn’t go away, and Lola ended up inheriting that from her father. She eventually became a practitioner.

The curse that she has used requires three victims: the lover, the child, and the man of God. It is heavily implied that Jessica and Katie were lovers. David is supposed to be the child, but Arne takes the curse from him. When Lola realizes that the Warrens are after her, she decides to make Ed her third victim. During her confrontation with the Warrens underneath the house she grew up in, Lola casts a spell that makes the demon return and possess Ed again. Fortunately, Lorraine manages to get through to Ed before he kills her under demonic possession.

How is the Curse Broken? Why Does the Demon Take Lola’s Soul?

While the Warrens desperately try to stop Lola, Debbie and the prison chaplain battle against the demon to stop it from making Arne commit suicide. The Warrens have learned the only way to remove the curse is to destroy the altar from which it was cast. The moment Ed is freed from the possession, he pulverizes the altar with a hammer, effectively ending the curse. However, that doesn’t end the deal between Lola and the demon. She still has to give him a soul. As her plans of getting it from others have failed, the demon takes her soul as the price of the powers it has bestowed on her.

What Happened to the Real Arne?

Arne’s trial in the film is based on the trial of the real-life Arne Cheyenne Johnson. When his lawyer tried to use demonic possession as a defense, the presiding judge observed that such a claim couldn’t be established as a fact and has no place in court proceedings. As shown in the film, Arne was found guilty of first-degree manslaughter but was released after serving 5 years in prison. 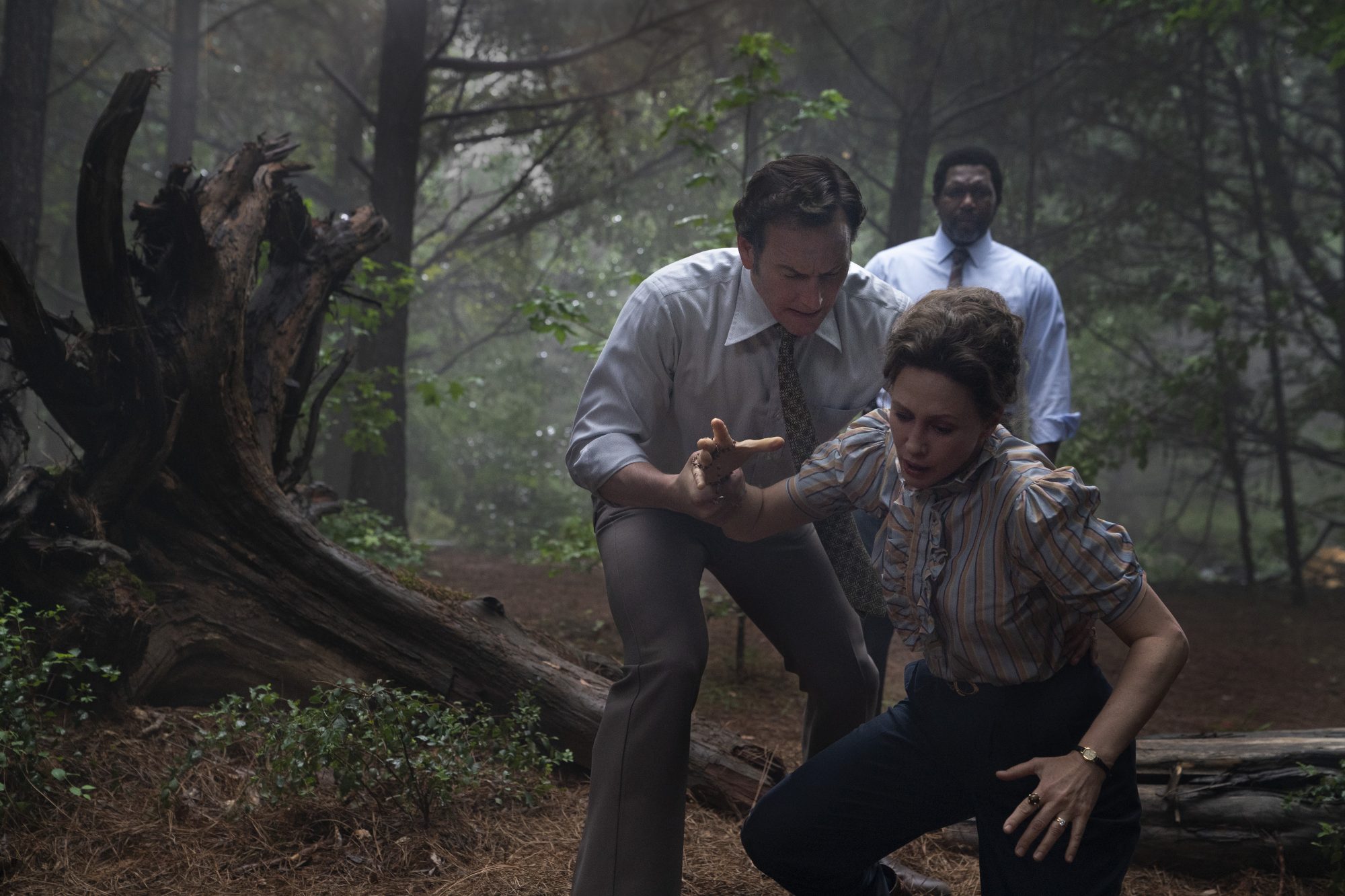 At the end of the film, a note reveals that Debbie and Arne got married while he was still in prison. Arne’s lawyer used demonic possession to argue that Arne must be exempt from punishment for the crime. In the US, this was apparently the first known case where the defense team used demonic possession to establish the complete innocence of the defendant. While it didn’t work, it’s now a part of the legal precedence.

Read More: How Much of The Conjuring: The Devil Made Me Do It is True?