The Flash: Jordan Fisher on Bringing a Diverse Bart Allen to The CW 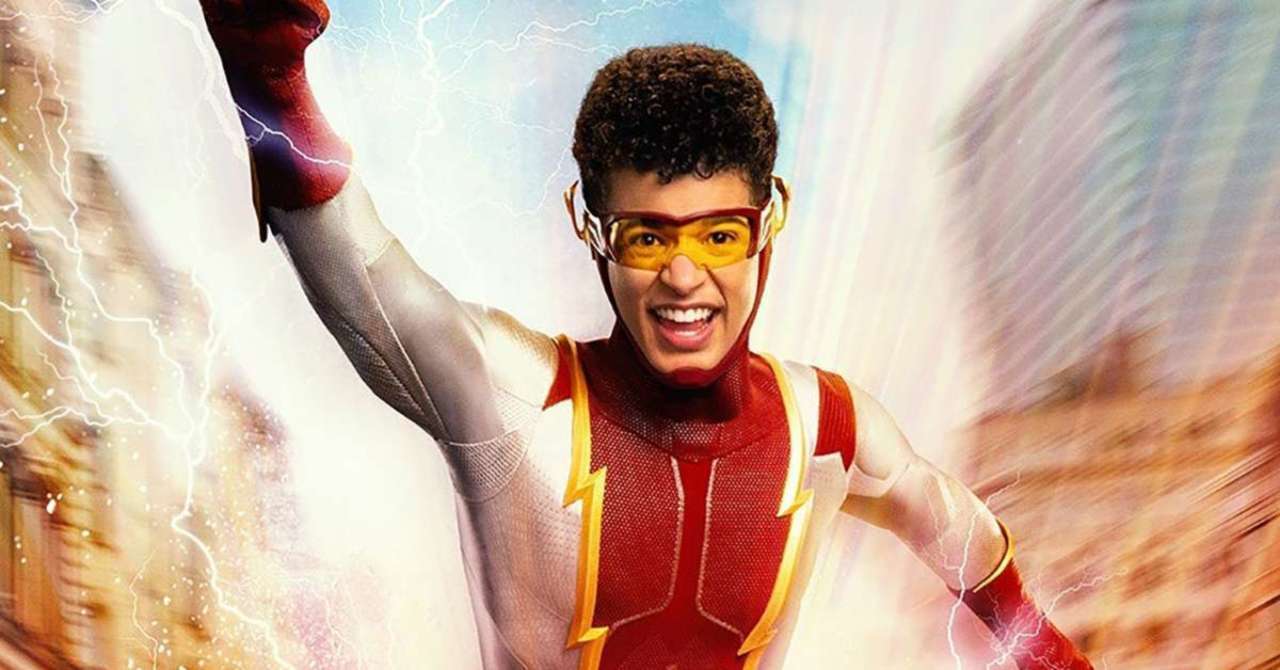 This week’s episode of The Flash is a major moment for the long-running The CW series. Not only is the episode the first part of a two-part Season 7 finale, but it’s also the series’ 150th episode overall, an occasion that sees the series get to the heart of the matter by bringing together the Flash Family, present and future, to fight for Central City against an ever-growing army of Godspeeds. That means viewers get to meet Barry (Grant Gustin) and Iris’ (Candice Patton) son from the future, Bart, in this week’s “Heart of the Matter, Part 1”. It was announced in March that Jordan Fisher would be the actor taking on this fan-favorite character and for Fisher, getting to bring Bart Allen to the Arrowverse as a person of color was something that he loved.

In a recent interview with ComicBook.com, Fisher explained that while he wasn’t familiar with Bart/Impulse before getting the role, he did a deep dive, soon coming to love the character as he took on the responsibility of bringing him to life.

“Before getting the role, no, no. Post, yes. I definitely did a pretty hefty, deep-dive, as you need to as an actor going into anything that’s already pretty well-oiled,” Fisher said. “I have a lot of experience going into shows that are seasons in and I’ve been doing it for a while, and it’s literally, it’s what a lot of my career has been based off of, to be perfectly honest with you is that, is just trying to figure out where I fit in the dynamic of the cast and the crew, just kind of trying to feel all of that out is, it’s an interesting thing for sure. But for me as an actor, the things that I can focus on before I get to set are really just preparations, what am I doing to make sure that I am taking care of the show, taking care of this character, and taking care of fans.”

He continued, “There’s another level to that when it’s about superheroes. There is a whole other just planet that you have to explore, and figuring all of that out and I think that, well, as a superhero fan and as a comic book fan, just in general, I know that I definitely feel a lot of ownership over certain characters that I’ve followed for a long time, I feel like I know them better than anybody else. But I think at the end of the day, 98% of the time, someone that’s playing a superhero has done all of the research that is humanly possible to play that superhero. And then what that actor does to portray the character live-action, is totally up to them at that point. And for me, its visibility is a big thing, I’m obviously a person of color playing a superhero. There aren’t many of us, especially that are mixed with all sorts of different things. It’s really, really freaking cool that The Flash, really a lot of the Arrowverse, but specifically where The Flash is concerned, it’s as diverse as it is and that’s a really awesome thing.”

Fisher expressed how excited he was to get to play the specific character of Impulse and then spoke about how bringing Bart to life gives him the chance to be for others what the actor Corbin Bleu was for him: representation of someone who looks like him on screen.

“A lot of the reason why I started doing what I did was because I saw one actor named Corbin Bleu be in High School Musical,” Fisher said. “I finally saw someone that looked like me and that is insane. And there has yet to be a superhero that looks like me, and that is insane. And I get to be that guy for so many other kids or adults alike, that maybe have questioned whether or not they could pursue this thing. Or even if they don’t have any yearning to pursue a career in the TV and film industry like I did when I was a kid. But just to have something to hold onto, something to claim, something to be like, oh my, yes, that is the superhero that I relate to, literally only because they look like me. Might not have anything else to do with anything else, how they think, how they feel, their lifestyle, whatever. Because they look like me, I can go, oh, okay, there’s something there. And that’s lovely. And I hate that there isn’t more of that, but I’m equally thrilled that I get to be one of those change-makers.”