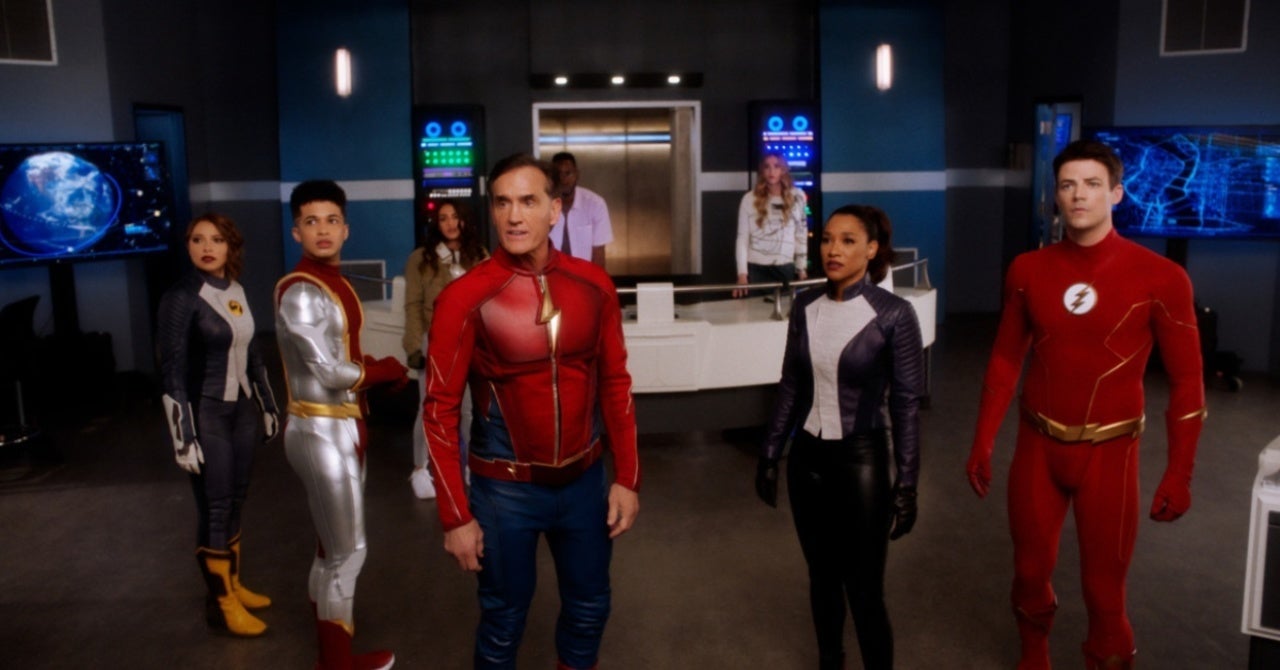 The Flash‘s seventh season came to a close on Tuesday night, and the ramifications of its latest episode have definitely shaken up the Flash family going forward. The Season 7 finale brought a number of the show’s speedsters together in a last-ditch fight against August Heart/Godspeed (Karan Oberoi) — and as the episode stretched along, a pretty surprising figure entered that fold. While there’s no telling what the future holds for that character, the events of the episode definitely teed up an interesting fight in the future. Spoilers for the Season 7 finale of The Flash, “Heart of the Matter, Part 2”, below! Only look if you want to know!

Just as Godspeed prepared to kill Barry Allen/The Flash (Grant Gustin), another speedster shows up – Eobard Thawne/Reverse Flash (Tom Cavanagh). The pair then teamed up to take on Godspeed in what was essentially a Speed Force lightsaber fight, culminating in Thawne stabbing Godspeed and ending the war for the moment. Once that occurred, Thawne then attempted to kill Barry, but was disappointed to discover that his foe is now faster than him. Thawne then left the proceedings, vowing to get faster so he could defeat Barry.

Thawne’s return is monumental for several reasons — both because it tees up another aspect of Eobard and Barry’s rivalry, and it serves as Cavanagh’s latest appearance on the show following his exit earlier this season.

“No, that was my decision,” Cavanagh said of leaving the series earlier this year. “It was definitely my decision. The first season was such a strong season, such strong writing. I think the accelerant to the first season was fear. When we did the first season, I don’t think we gave a lot of thought to the second season. We were like, ‘Let’s try to make something that sticks.’ And the thing that made the most sense was to go Flash vs. Reverse Flash [like] Superman vs. Lex Luthor, Batman vs. Joker. It makes perfect sense because you get the A story out there and then figure out if it does well enough to give you a second season. And at the end when Flash (Grant Gustin) and Reverse Flash fight, and Flash wins necessarily, I remember thinking, ‘Well, that’s it.’ Honestly, I was like, ‘I’m grateful to have been a part of that.'”

What do you think of Thawne returning in the Season 7 finale of The Flash? Share your thoughts with us in the comments below!