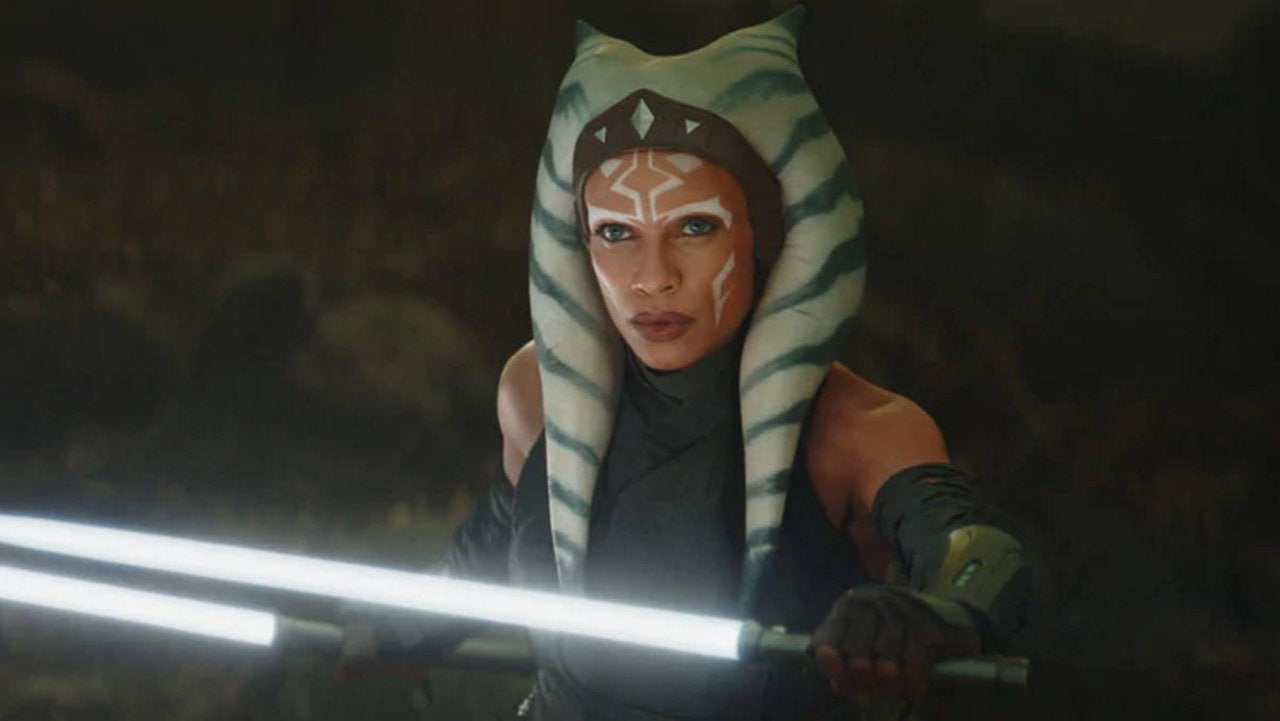 Last year, Star Wars fans were treated to the long-awaited live-action debut of Ahsoka Tano, the character who originated in Star Wars: The Clone Wars. The role was played by Rosario Dawson on Star Wars: The Mandalorian and it was announced back in December that Dawson will continue to portray the character in the new series, Star Wars: Ahsoka, which is expected to tie in with The Mandalorian. However, before Dawson returns to the wide world of Star Wars, she’ll be seen in Ava DuVernay’s DMZ, the upcoming HBO series that’s based on the DC comic of the same name. Yesterday, Dawson took to Instagram to share a video from the DMZ set, which shows her having some fun while channeling Ahsoka.

“#DMZ set shenanigans with the great Omar aka @nomadstudiosfx with love! Good on you with the edit. Sound effects are everythang,” Dawson wrote. “🔥🔥🔥🔥 ,” DuVernay commented. You can check out the video in the post below:

“I couldn’t be more thrilled to bring this epic to the screen with my boundary-pushing partners at WBTV and HBO Max, a sublime cast led by Rosario and Benjamin, and my partner and friend, the inimitable and ever-inspiring Ava DuVernay,” writer Roberto Patino said in a previous statement. “DMZ offers up an explosive playground which, more than anything else, exalts the resilience of community and the human spirit. I can’t wait to welcome the die-hard fans of the comic books and new viewers alike to this intoxicating, haunting and inspiring world.”

As for Star Wars: Ahsoka, Dawson previously spoke with StarWars.com and explained why she loves the character.

“I’m just really glad that [Ahsoka] lived, that we’ve been able to continue growing with her. I think that she’s so special,” Dawson shared. “So many of the wonderful, awesome Jedi that we love and have gotten their stories told, are male, and you saw them older. When you got to see Anakin grow up it made such a huge difference.”

She continued. “I think as people grew with her and aged with her and the story, they grew themselves, and evolved. I think it gives complexity to good and bad and right and wrong in a way that we don’t always get to have story-wise. It’s just fantasy. And I think she represents something stronger than that, about will and determination and audacity and tenacity. She really has pushed herself and evolved in a way that I think her heroine story is one that is not easy to find in other spaces. It’s really cool to see her still out there on quests and having things teased about that world still being very much alive.”

DMZ and Star Wars: Ahsoka do not yet have release dates.