Directed by Renny Harlin (‘Deep Blue Sea’), ‘The Misfits’ is a heist action film that revolves around a group of good-hearted career criminals who target a wealthy industrialist with ties with a dangerous Middle-Eastern terror outfit. Richard Pace (Pierce Brosnan) is a thief extraordinaire, a more mature version of Brosnan’s character in ‘The Thomas Crown Affair,’ who is contacted by the eponymous group of Robin Hood-type do-gooders to join them as they go after Warner Schultz (Tim Roth), a top 0.1% business tycoon who has, among other things, a chain of prisons across the world.

One of these facilities is in the fictional country of Jazeristan, which is basically run by a local terrorist organization called the Muslim Brotherhood (likely no connection with the real-life one), and serves as a holding spot for gold accumulated from terrorism. Initially reluctant, Pace becomes involved in the heist after discovering that his daughter Hope (Hermione Corfield) came up with the entire plan. Here is everything you need to know about ‘The Misfit’ ending. SPOILERS AHEAD.

The film begins with a voice-over from Ringo (Nick Cannon), a Beatles-loving master of disguise and bank robber, whose professional motto is “if you rob a bank, make sure it isn’t reported.” He introduces himself and the other Misfits: an eccentric explosive expert named Wick (Mike Angelo) and combat specialist Violet (Jamie Chung). The fourth member of the group, the Prince (Rami Jaber), is cleverly introduced as Pace’s mark, who ends up conning him instead. Unlike Pace, who has spent a career stealing from “upstanding” people who pay insurance, the Misfits go after the wicked and the evil. Their current target is Schultz, who has held a grudge against Pace since the latter slept with his wife. 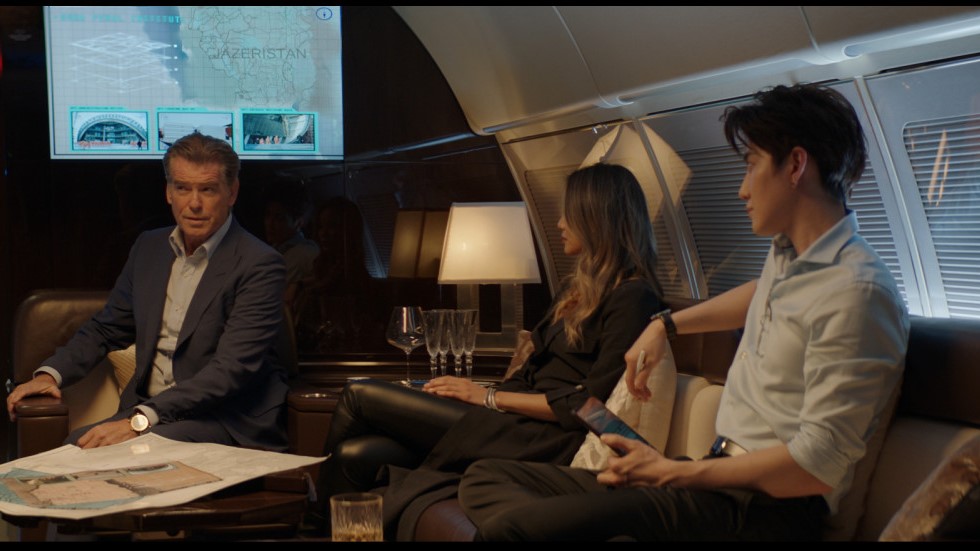 After learning about Schultz’s connection with the Muslim Brotherhood and one of its leaders, Abu Hirawa (Mansoor Alfeeli), Pace explicitly tells the Misfits that he has no desire to be involved in this job, but the mention of gold kept in a secure vault inside Schultz’s Jazeristan prison gains his interest. He again backs out when he learns that they will not keep the gold they steal. It is then revealed that the entire plan was concocted by Pace’s daughter Hope, who works for UNICEF. Realizing that this is probably the only opportunity he will ever get to reconnect with his daughter, Pace agrees to lead the heist.

The Misfits Ending: Is the Heist Successful? How Do the Misfits Get the Gold Out?

Yes, the heist is successful. Pace figures out that Schultz has set up the vault for the gold at the location where the prison’s laundry should be. Ringo disguises himself as a food inspector and gains entry into the facility, where two of their associates are already in place as kitchen staff. Pretending to be an international kitchen appliance maker, the Misfits get two steamers into the facility that are powerful enough to melt gold. 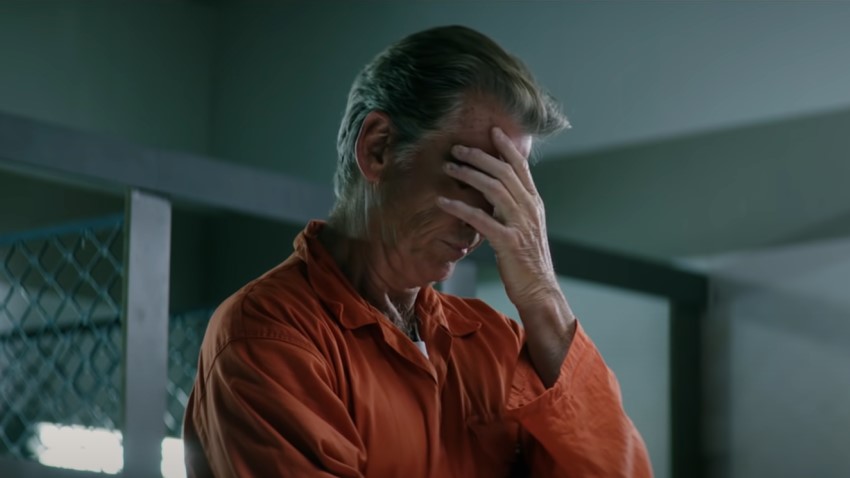 The Misfits poison the entire prison population by putting a bacterial concoction in their food. Taking advantage of the ensuing mayhem, they blow the vault door off by channeling cooking gas into the vault and then igniting it. They get the gold and then transfer it to the kitchen using stretchers as the sick inmates are taken to the hospital. The Misfits then use the steamers to melt the gold and cast it in the shape of the earthen bird statue that Pace broke earlier. After coloring it to make it look like the statue, they get it out of the facility by telling the security officers that they are taking it for repair.

Meanwhile, Schultz deduces that Pace will know that he will have the roads blocked, so he starts looking for the Misfits off-road. What turns out to be a terrible oversight on his part is that he never considers for one moment that the car they are chasing through the dunes can be a misdirection. It is revealed that the Misfits wanted him to catch them. When Schultz pulls a gun on the Misfits, soldiers apparently belonging to the Prince’s country surround him and his men with their guns raised. The only trump card that Schultz thinks he has at this point is Hope, who seems to be in the custody of his bodyguards. However, Pace apparently planned for it as well. The person they think is Hope is actually Violet, who makes short work of the bodyguards.

The last bit of misdirection comes at the end when Hope and the others find the earthen bird statue inside the van and Pace missing. They think that Pace has betrayed them and left with the gold. However, it turns out that, although he considered that option, he ultimately chose his daughter over his greed. They donate the gold anonymously to the UNICEF’s children’s fund. The film ends by hinting about a prospective sequel as Pace officially accepts that he is one of the Misfits.

Is Schultz Going to Die?

Yes, Schultz is going to die. During the airport scene, Ringo’s voice-over tells the audience to note the white cars behind Schultz and his men. It turns out that Hirawa is in one of those cars. When Schultz is handed over to the Muslim Brotherhood, he tells Hirawa that it is not his fault.

Surprisingly, the terrorist leader accepts this but then adds that other members of the organization are not interested in truth or injustice, implying that they are looking for someone to blame. One of these higher-up members, a banker based in England, is earlier introduced in passing. Hirawa warns Schultz that his death will not be swift. This indicates that Schultz will be tortured before he is killed.

Is the Prince actually Royalty?

No, it’s unlikely that he is. Throughout the film, the Prince claims that he is a real Middle-Eastern prince, even though his comrades, especially Ringo, don’t believe him. However, he seems to have access to a remarkable amount of resources and leads an extravagant lifestyle. In the airport scene, he reveals that he is the prince of the fictional kingdom. However, the movie purposefully keeps the truth about his claims ambiguous by never really addressing the issue in detail. Furthermore, Ringo’s voice-over vehemently refutes them every time he makes them.