The movie ‘Saunkan Saunkane’ will be released in these cinemas all over the world. Chandigarh (Bureau) – The Punjabi film ‘Saunkan Saunkane’ is going to be released worldwide tomorrow i.e. on 13th May. The film stars Amy Virk, Sargun Mehta and Nimrat Khaira in the lead roles. The following is a list of cinemas that are going to be released in foreign cinemas: 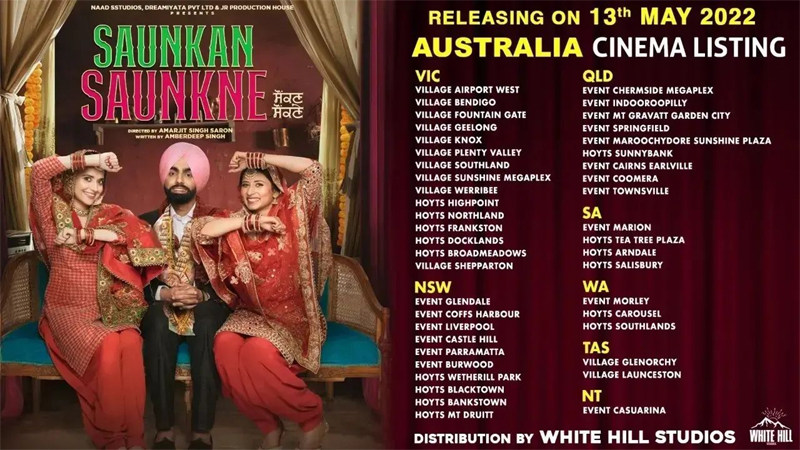 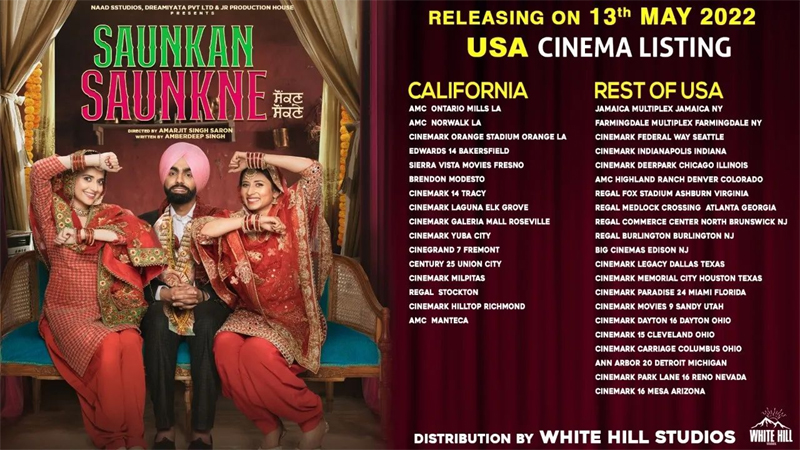 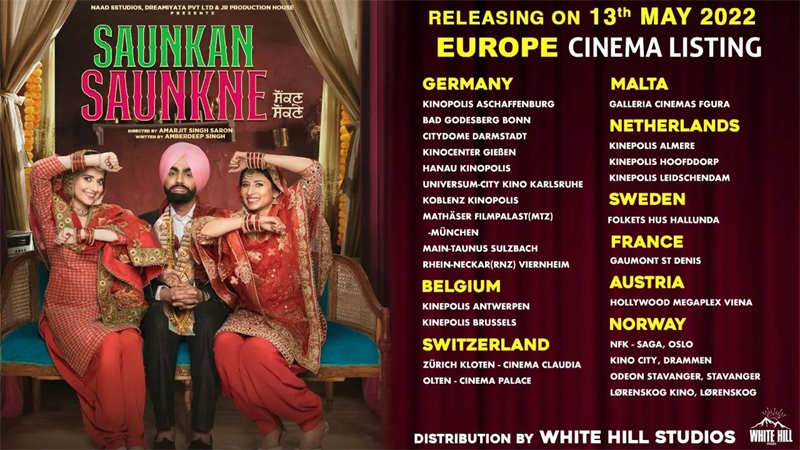 Apart from Amy, Sargun and Nimrat, Nirmal Rishi, Kaka Kotki, Sukhwinder Chahal, Mohini Toor and Ravinder Mand are playing important roles in the film. The film is directed by Amarjit Singh and the story is written by Ambardeep Singh.