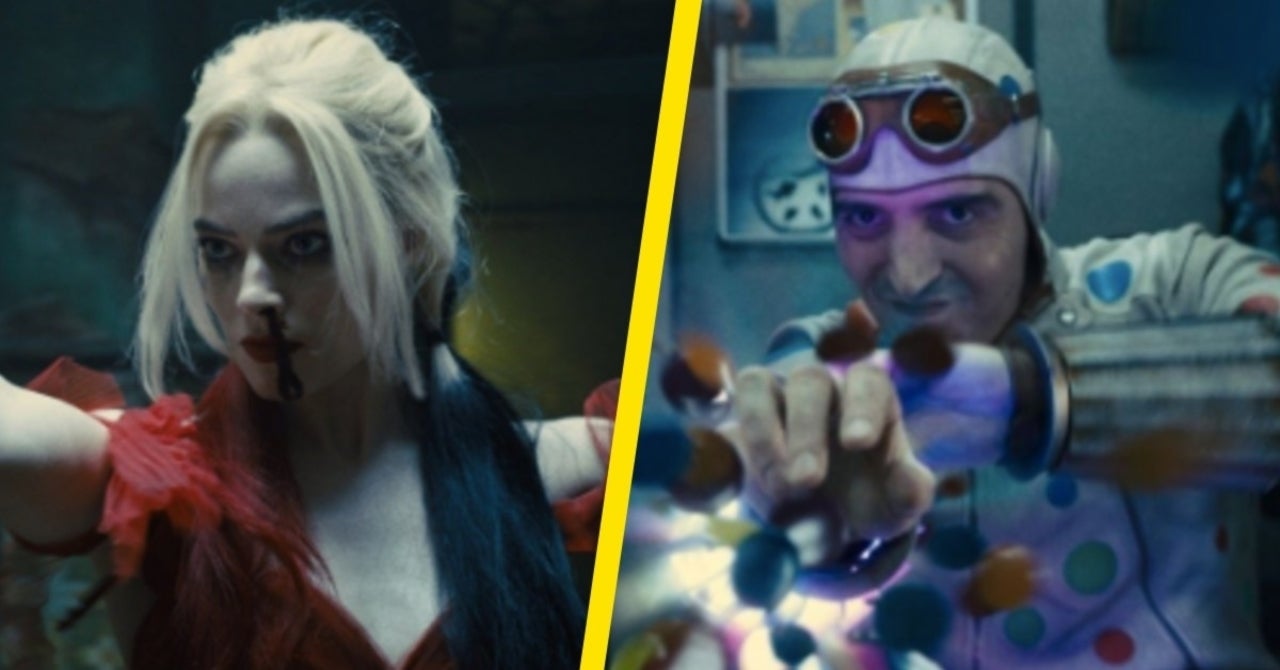 The release of The Suicide Squad is getting closer and closer, so we’ve been seeing some fun content come out of the press tour. This week, director James Gunn paid a visit to Jimmy Kimmel Live alongside Margot Robbie (Harley Quinn) and John Cena (Peacemaker). The trio was clearly enjoying themselves with Cena showing up in his Peacemaker costume and Gunn sharing some great stories about Robbie on set. With the release less than two weeks away, there’s also more content being shown from the movie, including a new clip. Today, the official Twitter account for IMAX shared some behind-the-scenes images from The Suicide Squad set, including a cool one of Robbie and David Dastmalchian (Polka-Dot Man) in action.

“Take a peek behind the curtain at how the darkly beautiful mind of @JamesGunn brought the insanity of @SuicideSquadWB to life in IMAX,” the account wrote. You can check out their thread of images below:

“Polka-Dot Man is great,” Gunn recently told Total Film. “I went and looked online, ‘Who’s the dumbest DC character of all time?’ and it was Polka-Dot Man. We’ve turned that character who’s a sad, pathetic character into a character who’s depressed because people think he’s stupid. He has a very tragic story that you learn about throughout the film – to be able to add depth to characters who are thought of as the silliest is a fun thing for me to do.”

“You get to see another side of Harley [in The Suicide Squad],” Robbie previously explained to ComicBook.com. “It’s interesting. You keep getting to meet her at different points in her life, as if a couple of years have gone by. Of course, the films aren’t directly connected, but as an actor, I can map it out in a chronological sense. So, it’s fun to see ‘Okay, what was she like a couple of years ago when she was with Mister J?’ ‘What is she like now, after they’ve broken up? And what is she going to be like in another couple of years’ time?’ I love seeing her at these different stages of her life.”