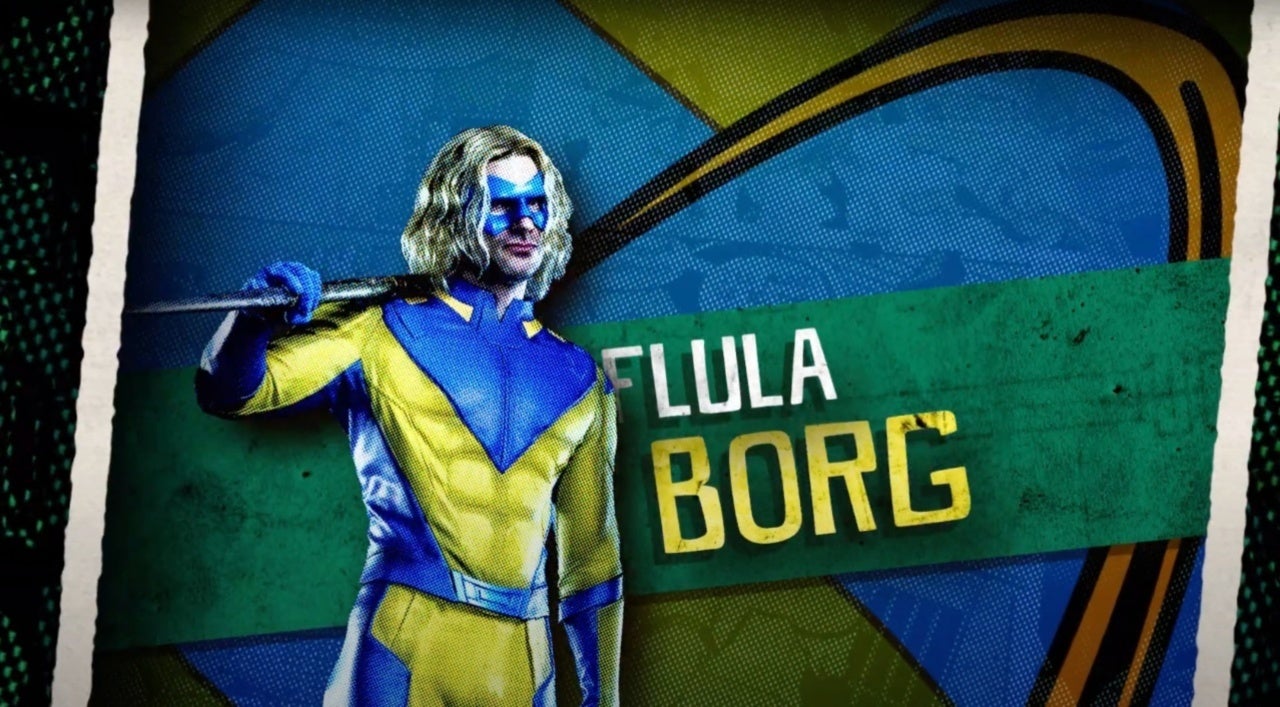 We’re just a matter of weeks away from the debut of The Suicide Squad, which will bring a pretty eclectic array of DC Comics antiheroes and villains to the big screen. A lot of the saga’s ensemble are characters that fans didn’t expect to see in live-action anytime soon — including Javelin (Flula Borg), an Olympic athlete who commits crimes with his titular javelin. The character has been a somewhat-obscure part of comics since his debut in 1984’s Green Lantern #173, and the idea of Borg bringing him to life in live-action has definitely intrigued fans. During a 2019 visit to the film’s set, the actor and comedian told reporters about playing the character, and also discovering his unique aesthetic and set of motivations.

“Yeah, well they did not give me a lot of information, which was very fun for me because it meant I could kind of fill in some very tasty blanks,” Borg explained. “It’s almost like someone gives you a test like ‘Here, draw something nice.’ I draw it and then they’re like ‘Terrible, try something else.’ So that is some of the things I did for me, but as you can see, I had no input in looking this tasty and delicious. These are zero inputs and I was very excited when I saw that. I wasn’t sure. I did look at the old comics and kind of look and see what is this man like? What will his hair look like? Will it be hot and lovely and luxurious? Or will it be a weird Mohawk? It’s the former, as you can see, so it’s very exciting.”

“I think as an athlete, a former athlete, he wants to win, look very dope — but not dope, no HGH,” Borg added. “He’s clean, he’s a clean athlete, West German, he immigrated. He wants to just win and look DAF, which would be dope and fun, at all times. I’ve also learned with athletes, if you think too hard then oops, there comes the basketball to your crotch, so don’t think. You’ve got to be in the moment and live it sassy as you hold your javelin.”

Just based on the early promo material for The Suicide Squad, it looks like Javelin’s role in the film will be a unique one, one that will see him crossing paths with some of the film’s other bizarre DC Comics villains. While those characters might not be household names quite yet, Borg reassured that Javelin thinks of himself as a “cool” villain.

“The answer is absolutely, that is the eyes of a man who thinks he’s super cool,” Borg revealed. “I will not speak for the other ones, that would be rude. I will do it to myself silently as I judge everyone but yeah, of course. If you’ve read the comics, Javelin thinks he’s a big bad badass, he has won 45 Olympic gold medals for East Germany, so lots of doping. Sorry again about that, the mid-80s, awkward time. But yes, I think that’s the job, the job of someone in an outfit like that is to think they are the shizzle.”

And in terms of Javelin’s rapport with other villains — and even Amanda Waller (Viola Davis), the woman behind Task Force X — Borg teased that fans are in for a wild ride.

“Judging from all the relationships that Javelin has I would say poor, non-existent, unhealthy, crosses lines, should consider not interacting with other humans,” Borg teased. “This is me just talking about Javelin. Javelin thinks everything is great and hunky and also dory.”

“Javelin doesn’t worry about how people treat him,” Borg continued. “He treats them … What’s the golden rule? He has the Javelin rule, which is like ‘Suck it, I’m cool.’ I think that’s his rule. She’s also great. Again, someone else where the person that is on the screen and the person that is not on the screen, which is the same person, they are so different. It’s a very wonderful thing to watch, an immediate instant transformation. It’s like a Chia Pet except it doesn’t take three to five days. You don’t have to water her, it just happens. She stays hydrated but that’s her own thing. We all do that.”