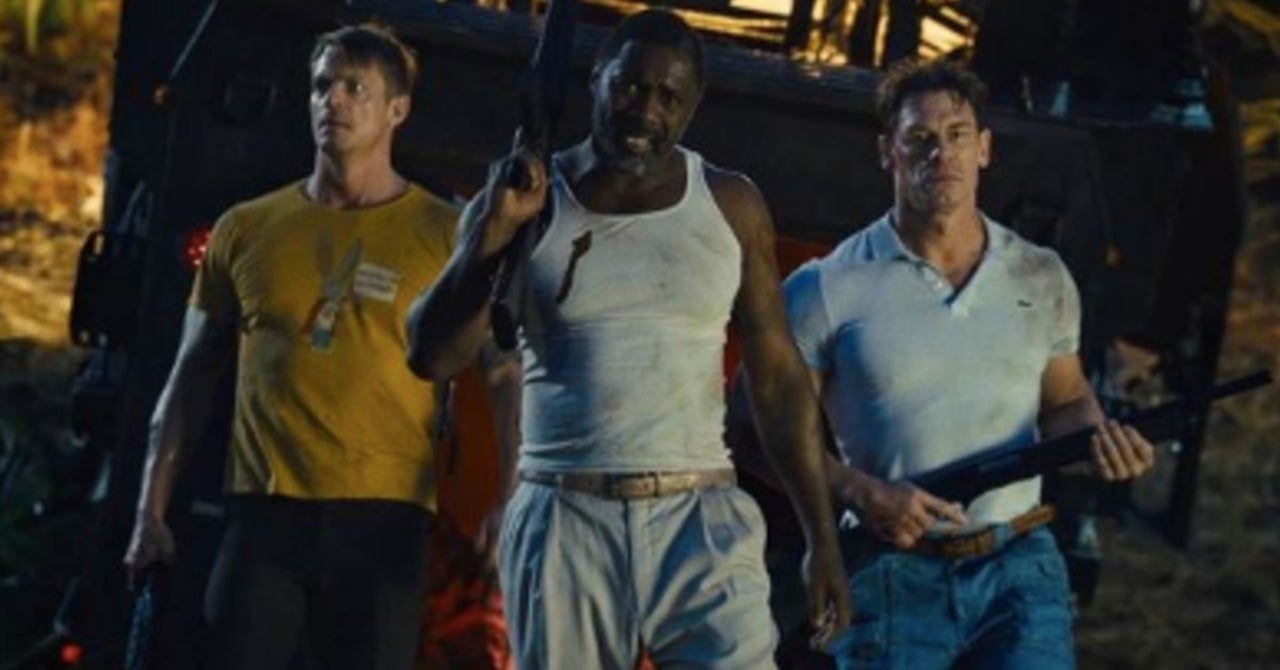 The Suicide Squad is finally being released in a few weeks, and fans cannot wait to feast their eyes on James Gunn’s first DC movie. The movie has already gotten some exciting early reactions at the first press screening. Over the last year or so, Gunn has been sharing tons of fun teasers and tidbits about his highly-anticipated film. He’s shared which comic books provided inspiration for the story as well as some classic movies that helped pave the way for his ideas. In a new post, Gunn revealed another unique art form that also shaped one of his directorial decisions.

“I get inspiration from many other art forms. This shot in #TheSuicideSquad was inspired by a Gil Cohen painting I have in my house, the cover of an old pulp novel called ‘Able Team,'” Gunn revealed. You can check out a side-by-side of the painting and a shot from The Suicide Squad below:

While promoting the upcoming film, Gunn has made it clear that you don’t want to get too attached to all of the characters. In fact, he even joked about an “overly optimistic” death doll he saw online. Recently, Gunn spoke with Den of Geek and said, “The first thing I had to do was ignore the potential blowback from killing a character.” The director even revealed on Twitter that he constantly gets threats over potential character deaths. “This morning on IG: ‘This is a threat. If you kill (character name redacted) I will hatecrime you.’ Every. Single. Day,” Gunn posted.

The Suicide Squad is scheduled to hit theaters and HBO Max on August 6th.