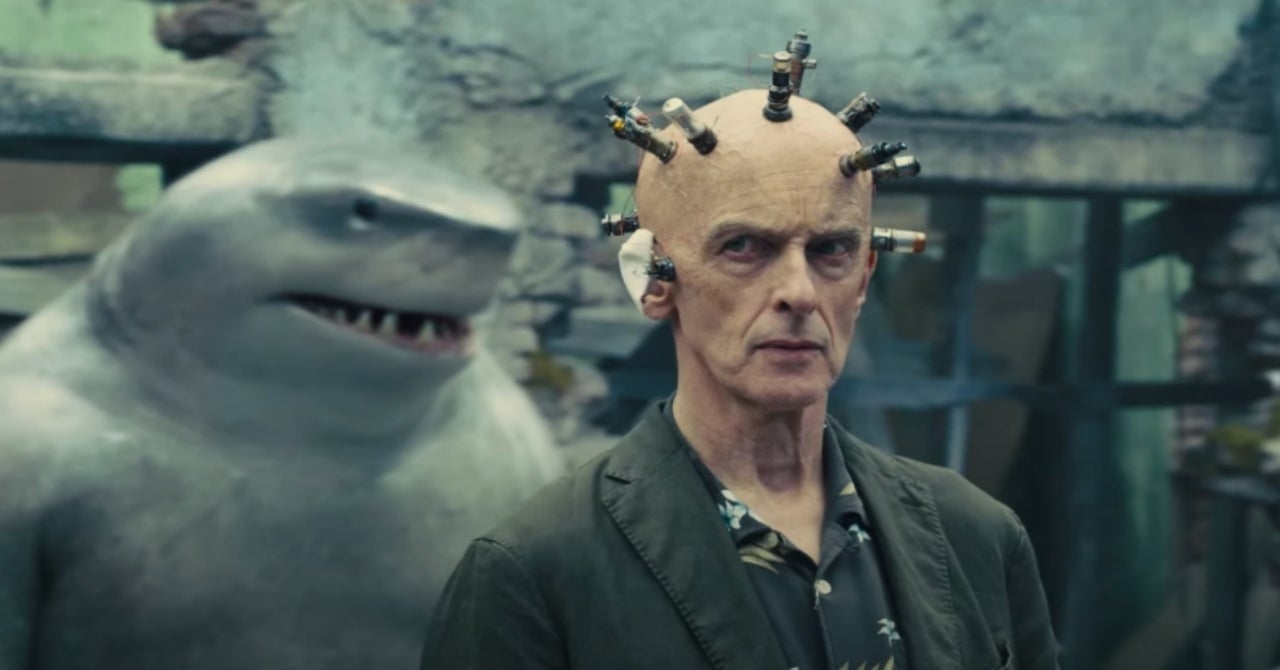 The Suicide Squad is less than two weeks away from hitting theatres, and fans are eager to see the movie’s vast cast of characters. The film is set to feature a few returning DCEU characters as well as many big stars who are making their DCEU debuts, including Peter Capaldi as The Thinker and David Dastmalchian as Polka-Dot Man. Earlier today, Dastmalchian took to Instagram to show off an epic illustration that Capaldi made him as a wrap gift.

“The legend, PETER CAPALDI, made this illustration for me when we wrapped @thesuicidesquad. I can’t wait for you to see his brilliant portrayal of The Thinker! #TheSuicideSquad,” Dastmalchian wrote. Some folks involved with the movie commented on the post. “He is the best!,” Steve Agee wrote. “🙌,” James Gunn replied. You can check out the illustration in the post below:

“The character is definitely done justice,” Margot Robbie previously teased when talking about Capaldi’s The Thinker. “He’s such an exceptional actor and he’s such a lovely guy … It’s funny, it’s a huge cast, but we really all did do a lot together. I don’t want to give away anything, so I won’t tell you what to expect, but he brings gravitas to the role.”

As for Dastmalchian’s Polka-Dot man, James Gunn recently talked to Total Film about the character.

“Polka-Dot Man is great,” Gunn shared “I went and looked online, ‘Who’s the dumbest DC character of all time?’ and it was Polka-Dot Man. We’ve turned that character who’s a sad, pathetic character into a character who’s depressed because people think he’s stupid. He has a very tragic story that you learn about throughout the film – to be able to add depth to characters who are thought of as the silliest is a fun thing for me to do.”