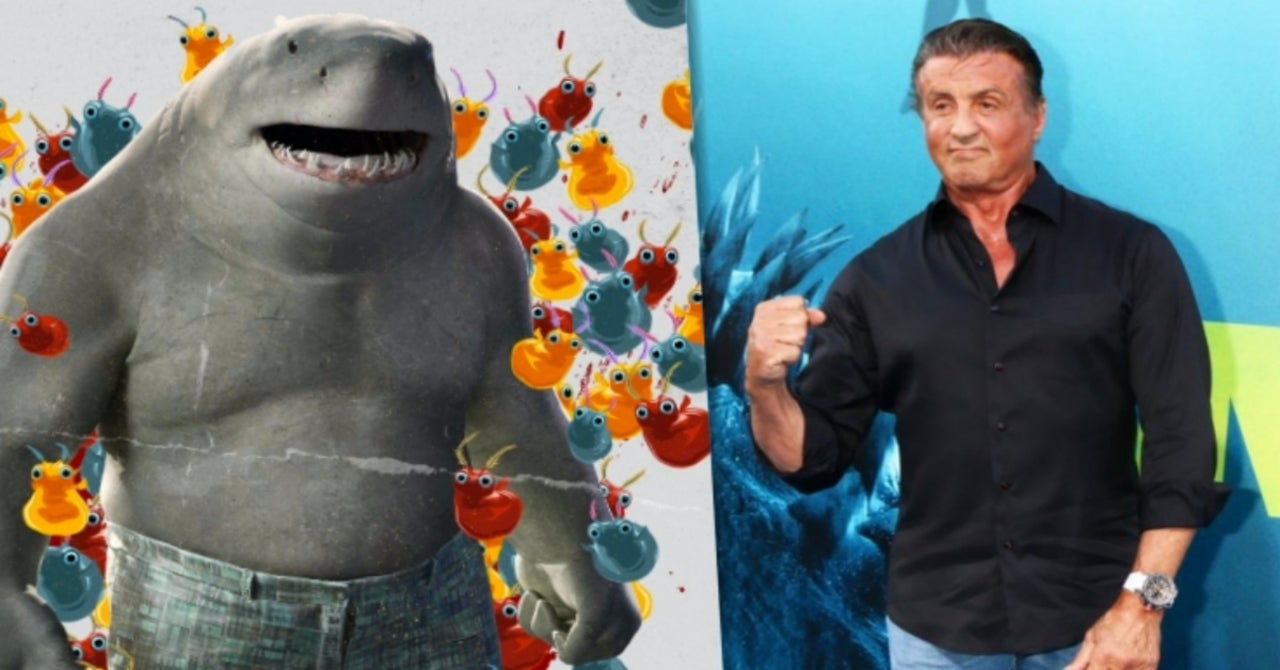 The Suicide Squad writer-director James Gunn says there was a “huge audition process” to cast the voice of King Shark, the man-eating, dad-bodied half-man half-shark role written for Sylvester Stallone. Gunn has said the CG-created character, performed on-set by John Economos actor Steve Agee, was even more difficult to bring to life than the fuzz-furred Rocket Raccoon and the talking alien tree Groot in Marvel’s Guardians of the Galaxy. Ahead of the release of The Suicide Squad, out August 6, Gunn reveals how King Shark found his voice in Gunn’s Guardians Vol. 2 actor Stallone:

“Finding the voice was a very difficult process. I talked about it today for the first time. But I actually had hired three different actors,” Gunn revealed during a press event attended by ComicBook.com. “I wrote the role for Sylvester Stallone. I was afraid… Sly is my friend. I was afraid to hire him, frankly, and Warner Brothers was a little afraid to hire him because what if it didn’t work? And he’s Sly, you know. I would’ve just had to have a voice that didn’t work.”

It was only after a “huge audition process with tons of voice actors” that Gunn reached out to Stallone, who played space pirate Stakar Ogord in the Gunn-directed Guardians of the Galaxy Vol. 2.

Gunn continued: “And then I was like, ‘Guys, I don’t know what to do. I think I have to go to Sly.’ And I called up Sly. He said he would love to do it. And he came in, and right away that character just sort of came to life. But also I have to shout out to Steve Agee because he did the character on the set and there’s a lot of him. He’s a real galoot. That’s a part of who the character is.”