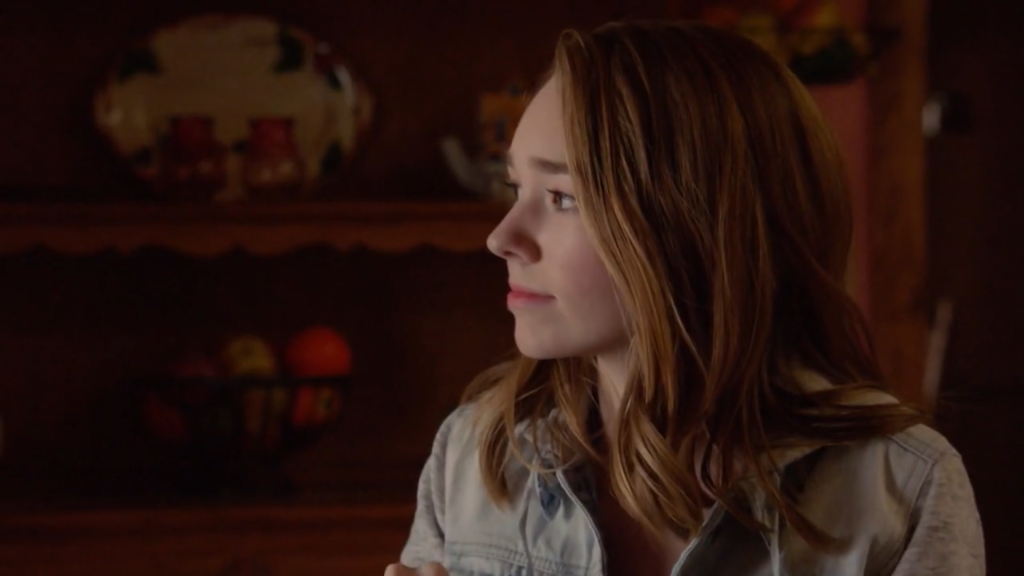 The Unsettling Ending, Explained | Season 1 Finale Recap | What's New Purity An engaging horror series, The Unsettling follows Becca, a sixteen-year-old girl, who is transferred to a new foster home. Fia and Jason Werner own a property in Crow Ridge, where they are settled in. The Werners have four children staying with them- Maya, Nadine, and Connor are foster kids, whereas Dominic is their biological son

An engaging horror series, ‘The Unsettling’ follows Becca, a sixteen-year-old girl, who is transferred to a new foster home. Fia and Jason Werner own a property in Crow Ridge, where they are settled in. The Werners have four children staying with them- Maya, Nadine, and Connor are foster kids, whereas Dominic is their biological son. Becca is accompanied to Crow Ridge by Lorraine, who runs the foster care office.

The Werners welcome Becca with an open heart and make a place for her in their family. The sprawling compound of their house doesn’t seem as pristine as it looks. Becca starts to hear voices and sees horrific things that unsettle her deeply. As the series progresses, deep and dark secrets come to light that changes the course of the children’s lives. A haunting tale of ghosts and a religious cult, ‘The Unsettling’ is a gripping watch. SPOILERS AHEAD.

Becca arrives at the Werner family house, which is her new foster home. The Werners provide shelter to three other children: Maya, Nadine, and Connor. Fia and Jason Werner’s son Dominic lives with them, and he doesn’t seem to like Becca. Dominic makes some false accusations against her to his parents, which pushes Becca into a corner. Becca sees ghostly apparitions and dissonant voices that make matters worse for her. She confides in Connor, who seems supportive of her.

Becca finds that Jason and Fia Werner are part of a religion called New Purity. Their strange ways of integrating a family make Becca curious about the happenings. Moreover, Fia keeps her basement padlocked, which raises doubts in Becca’s mind. Maya is a fledgling of New Purity, whereas Nadine is a straightforward girl trying to make her way into an Ivy League institution. On the other hand, Connor is a sympathetic individual who tries to make Becca feel comfortable in the new family.

In due course of time, Becca manages to uncover certain clues that point out the New Purity commune’s sinister machinations. It is also revealed that a girl named Sarah who was living with the Werners had apparently run away. Becca manages to flee from her foster home along with Maya, Nadine, and Connor, after they get to know that Jason has been murdered and Sarah’s phone is with Fia.

They call Lorraine for help, but it turns out that she is also a part of New Purity. She entraps the four children and takes them back to the house. The children are about to be sacrificed to purify the land by Fia Werner and Isaac, an elderly member of the commune. All four of them fight with their grit to escape the confinement, only to be aided by a supernatural entity plaguing Becca from the beginning.

The Unsettling Ending: What Are the Motives of New Pu 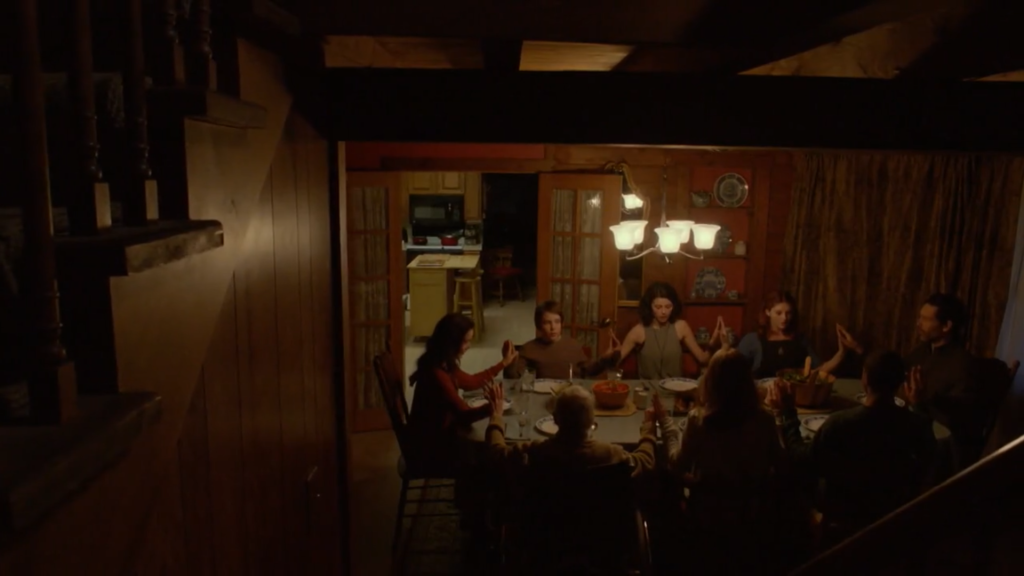 Throughout the series, New Purity has been a constant presence. Fia and Jason Werner are a part of the religion, with Isaac being an ideologue for them. Jason is a new inductee of the religion as he enters into it due to his wife’s unwavering devotion. Initially, we believe that New Purity preaches the ideals of community building and the strength of family.

Subsequently, Becca’s and Connor’s research reveal that the house stands on a place where the previous building had been burnt down, in which four children had died. Fia’s grandmother escaped the tragedy and now lives along with the Werners. In the end, we find that New Purity has been in existence for hundred years and is a guardian of the land. The burning is a part of a sacrifice by New Purity, where children are burned to death. 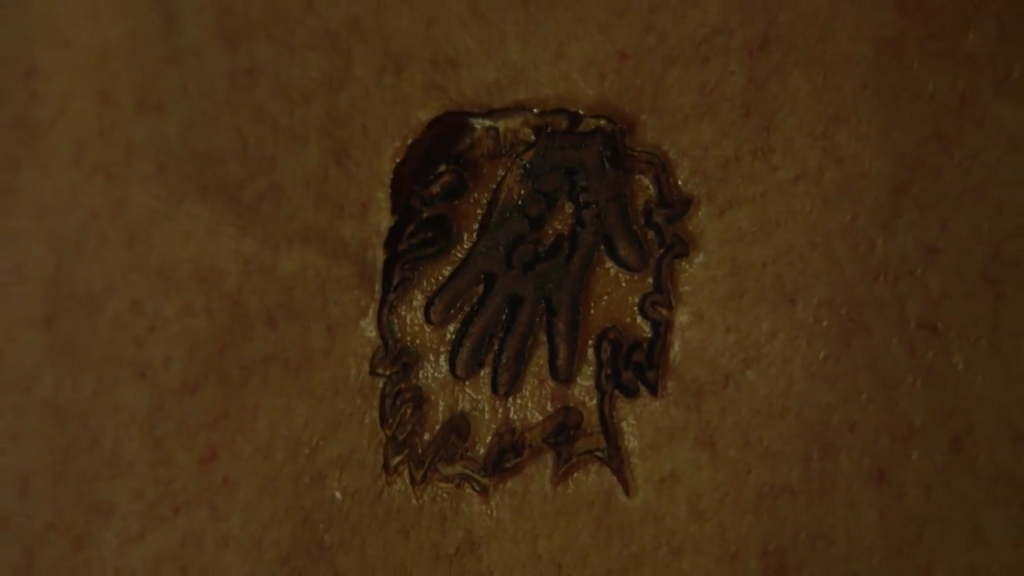 With the advent of Becca, the time for sacrifice has come again. Fia’s stoic yet ruthless approach towards her blind faith is visible when she kills Jason as he refuses to be a part of the “doomsday ritual.” Fia, surcharged by Isaac’s fanaticism, decides to sacrifice Becca, Maya, Nadine, and Connor to rid the land from drought and impending doom. ‘The Unsettling’ is replete with Biblical allegories of natural calamities, indicating the onset of doomsday.

The only difference here is that the dictums of New Purity replace the Bible. The opening scene establishes the fact as we see smoke billowing from ravaging wildfires. The premise sets up the wildfire as a recurring motif in the series that consolidates the time of sacrifice to erase a harrowing future. Moreover, scenes of self-flagellation and hot iron branding clarify that New Purity has a painful idea of salvation. Ultimately, the children are able to escape and put an end to the mayhem as the supernatural entity consumes the fanaticism of New Purity. 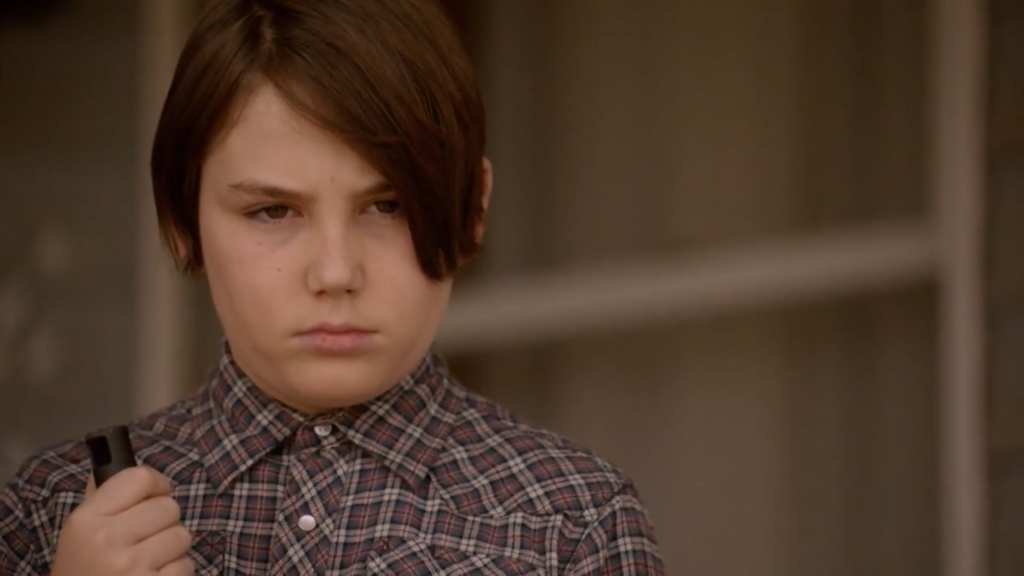 Dominic is a weird child who spends most of his time talking to dolls with photo cut-outs of his foster siblings and Silas, Isaac’s son. Fia doesn’t want to sacrifice her own child and hence arranges for Becca’s arrival. Dominic seems to be a cold and reclusive boy who can apparently talk to the supernatural being. The ghost is actually of Sarah, who was presumably killed by the New Purity. Dominic connected with Sarah, which is why he is so obtuse towards Becca. He believes that Becca is replacing Sarah because he is oblivious to his mother’s truth.

Dominic’s behavior stems from his detachment after the disappearance of Sarah. He comes off as a petulant kid, but deep down, he cares for his foster siblings. In the end, when he learns of Fia’s truth, he urges her not to kill them. The ghost is a part of Dominic’s life as it provides him a conduit to share his thoughts and feelings. Dominic can perhaps converse with the ghost, a vengeful spirit with its wrath directed towards New Purity’s commune. 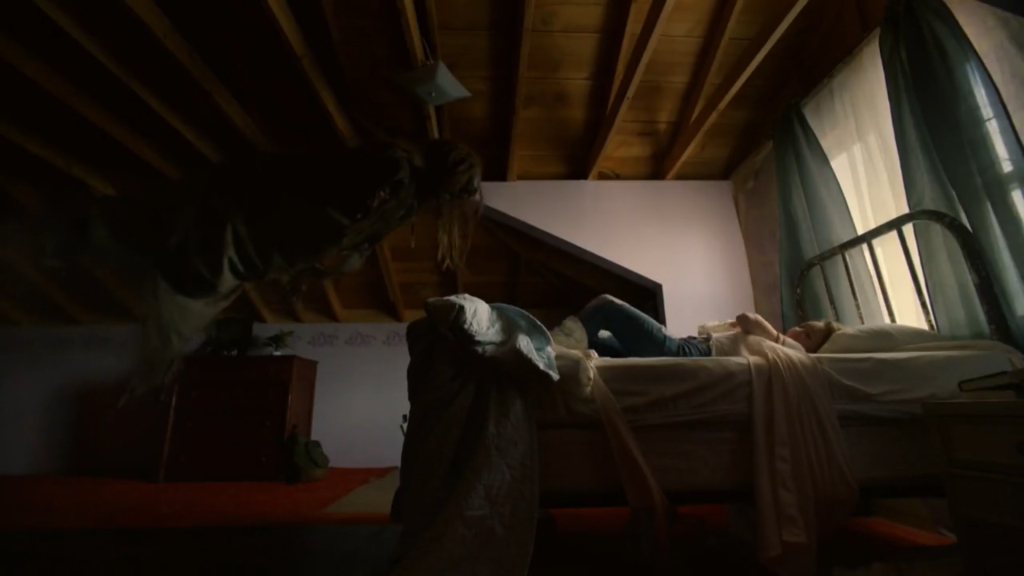 This fact is evident in the death of Silas, Isaac’s son. Silas is reluctant about his father’s New Purity doctrines and wants to escape from the place. The religious totem provided by Isaac falls away from him, and at that moment, he is killed by the ghost. ‘The Unsettling’ places the supernatural over religion: the ghost seems to be a malevolent entity, but it is actually the blind faith that contains the evil within. This change is represented with Dominic’s character, who seems to be evil at first but turns out to be an empathetic boy unaware of his mother’s intentions.