The Walking Dead Final Season Key Art: The Beginning of the End 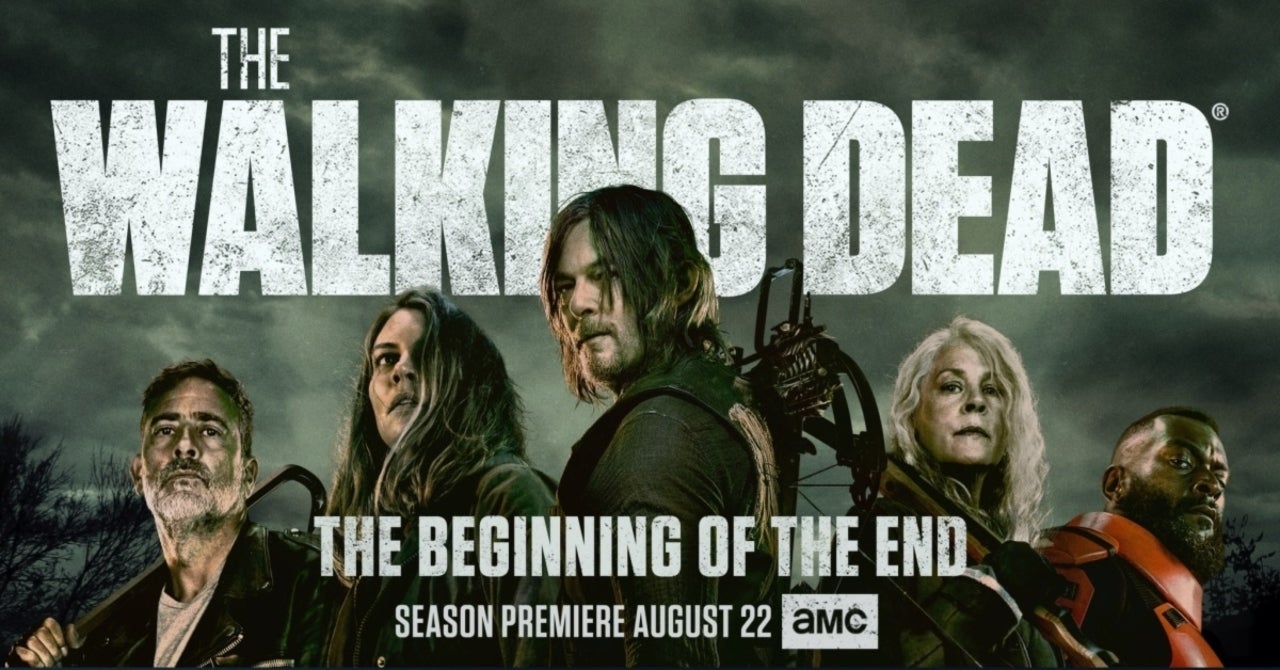 AMC reveals the moody Season 11A key art alongside the trailer for The Walking Dead: The Final Season Trilogy, the network’s moniker for the expanded 24-episode sendoff season, which returns with Season 11B and Season 11C in 2022. The end begins with the first eight episodes of the season, kicking off with a two-part season premiere taking Daryl and Maggie’s group of survivors into a walker-filled subway tunnel on a mission not everyone will survive.

“The first episode is crazy. I cannot wait for people to see it,” Walking Dead executive producer Scott Gimple said of “Acheron: Part I” and “Acheron: Part II” during a recent appearance on TWDUniverse on Twitch. “It’s big. It’s very, very big. I don’t want to say too much, but it’s stuff we have never seen on the show. When [showrunner] Angela [Kang], the writer, started talking about it, I immediately got excited.”

“It’s something we have not yet seen on the show. After the amount of episodes we’ve done” — so far, 153 episodes — “that’s a pretty cool thing,” Gimple said.

Gimple previously said the first eight “action-packed” episodes of the season would return to the “massive scope and scale fans have come to expect from TWD Universe.”

The extended Season 10, which concluded after 22 episodes with “Here’s Negan” in April, aired six bonus episodes set in the aftermath of the Whisperer War. Because the smaller-scale bonus episodes were the first produced during the pandemic, Kang guaranteed a Season 11 with “tons of zombies and lots of action and fun and intrigue, and locations we’ve never seen, and things like that. So just stylistically, there will be a change from these six [episodes] that we just watched back into our normal season.”

Season 11 of The Walking Dead will premiere its first full trailer during the virtual San Diego [email protected] 2021 later in July.

Follow the author @CameronBonomolo on Twitter for all things TWD. The Final Season of The Walking Dead premieres August 15 on AMC+ and Sunday, August 22, on AMC.