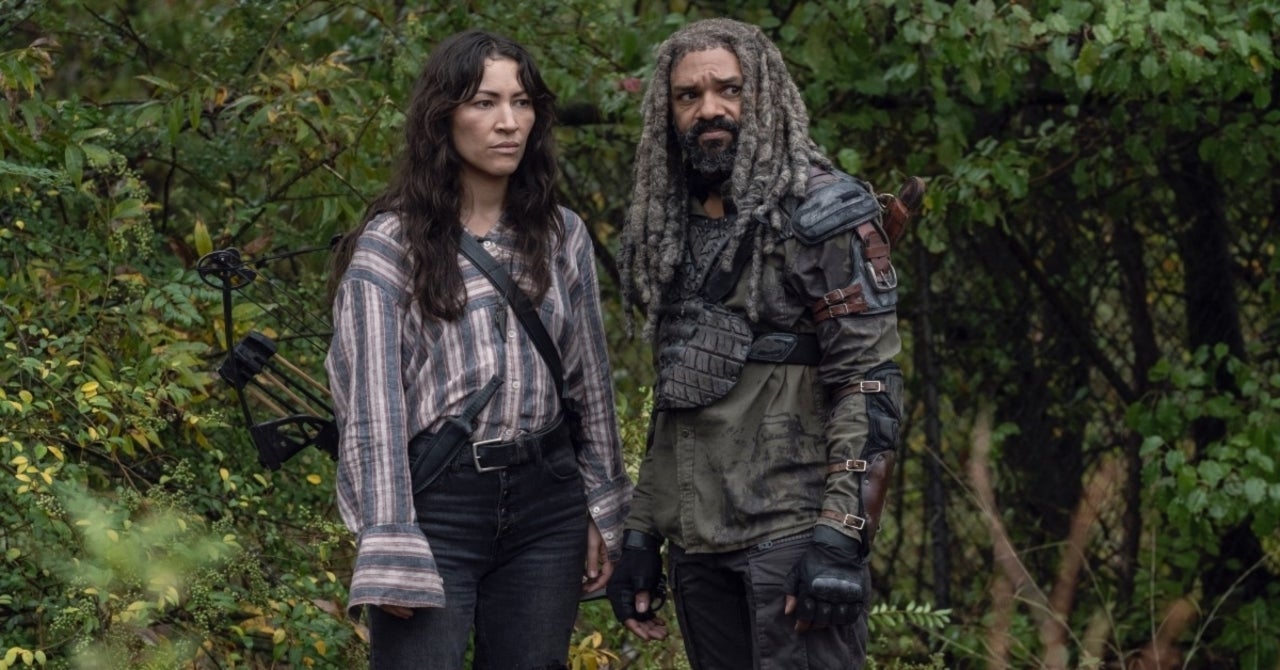 It’s the beginning of the end for The Walking Dead — and Final Season stars Khary Payton and Eleanor Matsuura are privy to what happens in the top-secret series finale. In the two-part premiere of The Walking Dead: The Final Season Trilogy, debuting August 22 on AMC, Ezekiel (Payton) and Yumiko (Matsuura) are prisoners of Officer Mercer (series newcomer Michael James Shaw) and the armored soldiers of a mysterious new community. Along with Eugene (Josh McDermitt) and their new friend Princess (Paola Lázaro), Ezekiel and Yumiko will make a world-changing discovery setting up the endgame of The Walking Dead.

Speaking to ComicBook’s Brandon Davis ahead of The Walking Dead‘s Season 11 presentation at San Diego [email protected] on Saturday, Payton and Matsuura revealed showrunner Angela Kang disclosed how the series will come to an end in 2022:

“You know what? You know what? Normally, I would say, ‘You know what? How dare you ask that question, Brandon. Screw you and the horse you rode in on.’ Because I was always trying to keep my job,” Payton joked in the virtual interview above. “But now we’re so close to the end. I’m like, ‘You know what? Go. You could kill me. I don’t even care!’ But I will tell you that they did tell me how this winds up and I am so excited for it.”

Matsuura, who is at the center of a key comic book storyline in Season 11, also relishes keeping a secret about the conclusion to the three-part Final Season airing its 24 episodes through 2022.

“I was going to say the same thing. I’m like, I am going to be the smuggest person you’ve ever [seen]. I’m walking around, I’m like, ‘I know how it ends,'” Matsuura said. “‘I have all the information.’ It’s so fun that you get to revel in it, so let’s have this, guys. I have no qualms with enjoying the fact I know the ending.”

In a separate Comic-Con interview with ComicBook, Negan actor Jeffrey Dean Morgan said of the looming series finale: “I don’t know anything. I really don’t. I have been owed a phone call from Angela for about four months now and she hasn’t called me. So I don’t know.”

The Final Season of The Walking Dead premieres Sunday, August 22, on AMC. Follow the author @CameronBonomolo on Twitter for all things TWD.