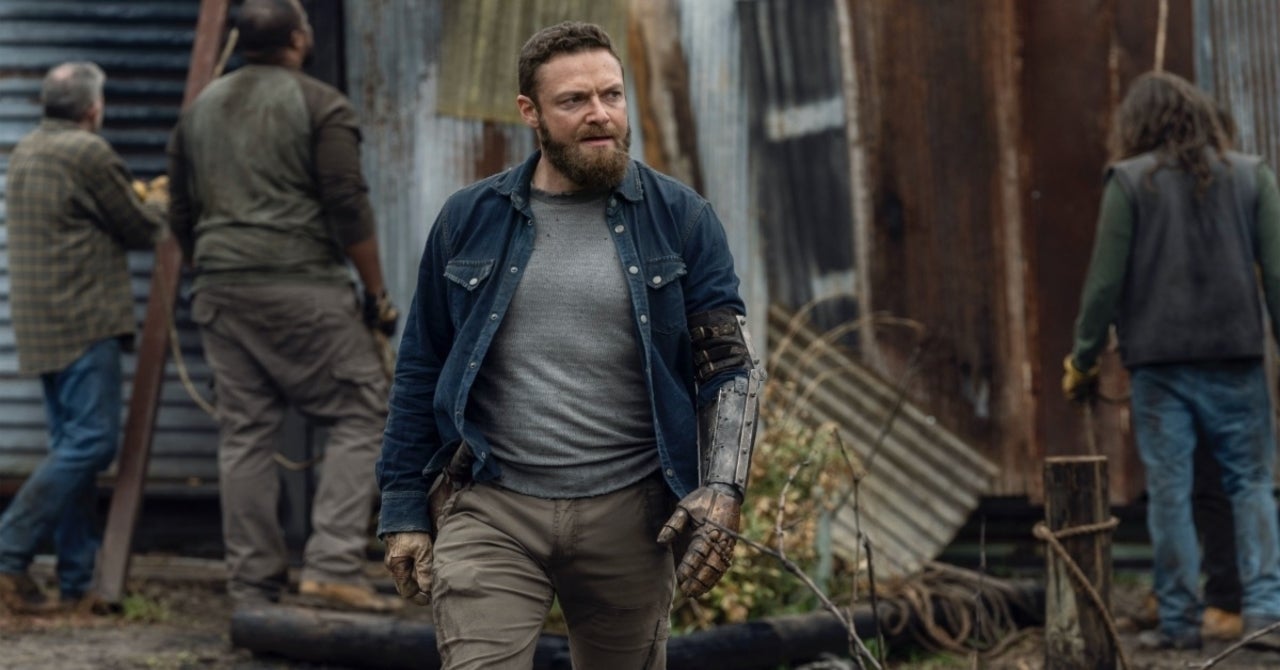 “This is our home. I’m gonna fight to save it,” asserts Aaron (Ross Marquand) in the newest teaser trailer for The Walking Dead. In the first part of Season 11, premiering August 22, Aaron and the Alexandrians fight for a future for their children while struggling to refortify their walled-off community left in ruins by Beta (Ryan Hurst) and the Whisperers. When Daryl (Norman Reedus) and Maggie (Lauren Cohan) lead the others on a drastic mission to find food and supplies, it’s under threat from a formidable group of human-hunting killers known as the Reapers.

“Live for Them,” a new trailer released Thursday as part of AMC’s “11 Weeks of Reveals until Season 11” of The Walking Dead, shows more of the aftermath from the six bonus episodes that extended Season 10 in the wake of the destructive Whisperer War.

“Those [bonus] episodes, they tell you a lot about sort of the emotional state, the headspace of a lot of our characters,” Walking Dead showrunner Angela Kang said during a virtual Season 11 panel at San Diego Comic-Con. “We know that Alexandria has been basically trashed by the Whisperers and that causes ongoing conflicts that play out in a big way in Season 11. There are some characters that were at odds with each other, there are characters whose various backstories we’ve explored, and then we’re just starting to see mixes of different people coming off of that and going into Season 11. That’s going to inform a lot of where people go [in the new season].”

“I’m being a little vague on purpose,” Kang continued, “because I don’t want to spoil, in the grand tradition of this show.”

We last saw Aaron and Father Gabriel (Seth Gilliam) set out on a desperate scavenging mission in the Season 10C episode “One More,” where the preacher commits a shocking sin during a tense encounter with lone survivor Mays (Robert Patrick). In Season 11, Aaron’s daughter Gracie (Anabelle Holloway) is among the Alexandrian children trained for battle by katana-wielding warrior Judith Grimes (Cailey Fleming).

According to the official synopsis for the Final Season, “Alexandria has more people than it can manage to feed and protect. Their situation is dire as tensions heat up over past events and self-preservation rises to the surface within the ravaged walls. They must secure more food while they attempt to restore Alexandria before it collapses like countless other communities they have come across throughout the years. But where and how? More haggard and hungrier than ever before, they must dig deeper to find the effort and strength to safeguard the lives of their children, even if it means losing their own.”