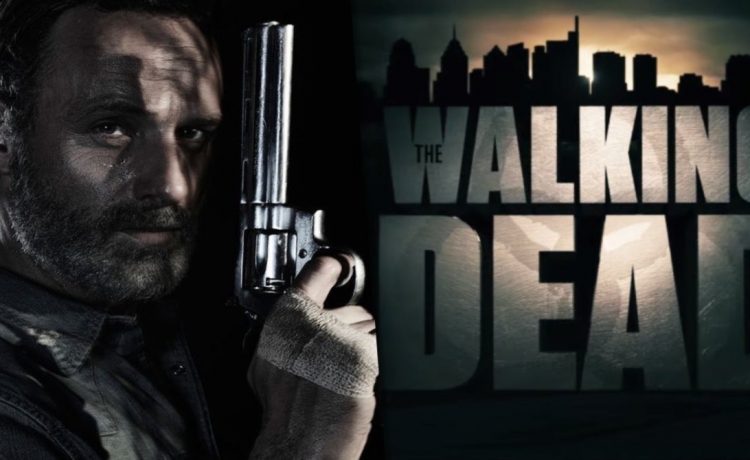 Two years after a teaser for the untitled Walking Dead Movie revealed Rick Grimes returns only in theaters, Andrew Lincoln’s zombie apocalypse survivor is still missing. The 24-second teaser, released during San Diego Comic-Con weekend two years ago today, shows a Civic Republic Military helicopter flying towards the Philadelphia skyline before unveiling a new TWD logo emblazoned with the CRM’s three-circle symbol. AMC Networks and Skybound Entertainment also announced that the movie, the first in a planned trilogy centered on Rick after he disappeared in Season 9 of The Walking Dead, would be distributed in theaters by Universal Pictures rather than air on television as an AMC Original.

The Comic-Con reveal of two years ago came some eight months after a CRM helicopter shuttled Rick away from the flagship series in the Season 9 episode “What Comes After.” The AMC-Universal pact, accompanied by the brief teaser, was the most promising development since Walking Dead Universe chief content officer Scott Gimple announced Rick’s return on a November 2018 episode of aftershow Talking Dead.

Gimple added the untitled movie expands the universe of The Walking Dead and shows “a whole different corner of the world” and “a different situation that Rick is involved in.” Announced as AMC Originals, Gimple said the made-for-TV movies would “have the scope of feature films.” Gimple penned its script with Walking Dead creator Robert Kirkman.

The TWD chief told Entertainment Weekly of a planned 2019 production start and that the first movie would get underway “sooner than later,” adding: “On the flip side, these are not going to be made on television schedules. This is going to be on feature schedules, and they’re going to be big, so they’re going to take a minute to make.”

Another update came out of virtual Skybound Xpo on July 19, 2020 — the first anniversary of the TWD Movie teaser — when Skybound co-founder and Walking Dead executive producer David Alpert said shooting was on hold due to the coronavirus pandemic. Despite the pause on physical production experienced by most of the entertainment industry, Kirkman confirmed work was continuing behind the scenes and that the pandemic would “make a lot of movies better.”

“I think the Rick Grimes movie chief among them, just because we’re getting a lot more time to cook this thing and make sure it’s perfect,” Kirkman said. “But when things do quiet down, you guys are going to hear a ton more about this movie.”

Amid the number of theaters shuttered by COVID-19 last year, Gimple reaffirmed in December that the Walking Dead Movie is staying the course for a theatrical-only release. Weeks later, in January, Lincoln said a promising vaccine rollout could mean he steps back into his Rick Grimes boots before the end of the year.

“With good intentions, and if everything works and I can leave my country, I plan to be back in America filming in spring-summer,” Lincoln told Extra. The Rick Grimes actor isn’t ruling out a possible return to the television series in the three-part Final Season of The Walking Dead, which airs its remaining 24 episodes between August 2021 and late 2022.

The Walking Dead Movie has not announced a release date. Follow the author @CameronBonomolo on Twitter for all things TWD.

Share on FacebookShare on TwitterShare on PinterestShare on LinkedIn Share on TumblrShare on RedditShare on VKontakte
adminJuly 20, 2021