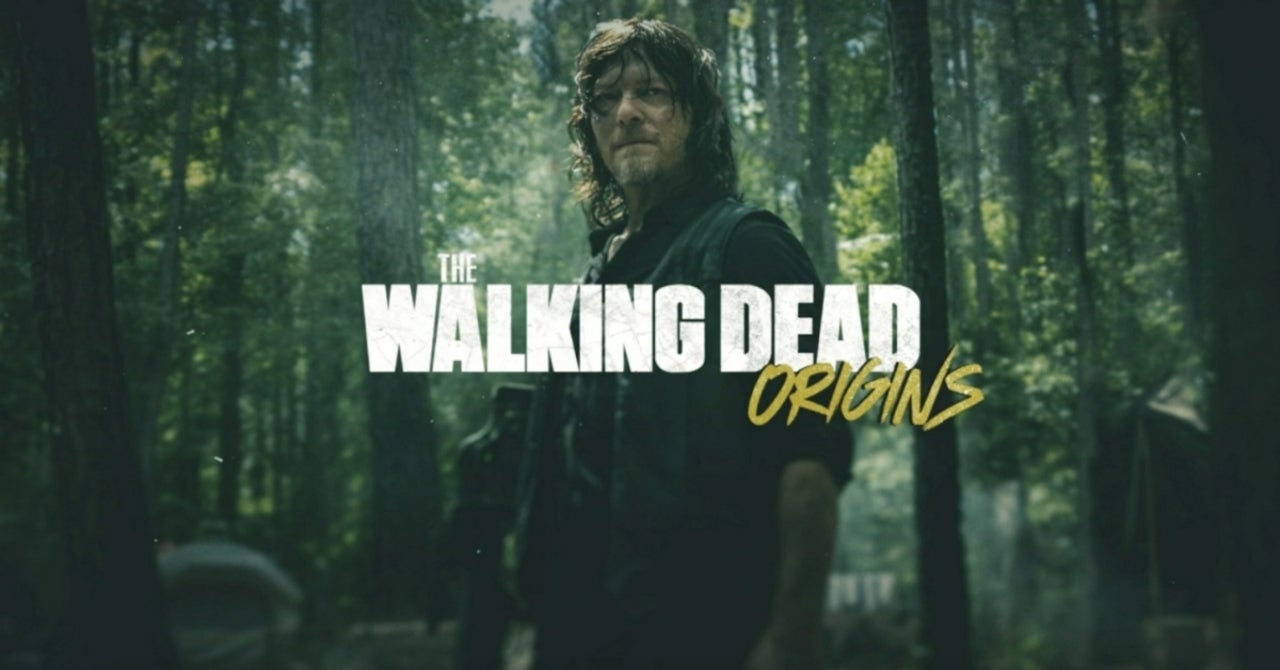 Norman Reedus retells the “epic story” of zombie apocalypse survivor Daryl Dixon in The Walking Dead: Origins – Daryl’s Story, the first in a series of specials now streaming exclusively on AMC+. Origins charts the stories of key characters from The Walking Dead with new interviews and narrations from the actors who play them: Daryl (Reedus), Maggie (Lauren Cohan), Negan (Jeffrey Dean Morgan), and Carol (Melissa McBride). Each new episode, premiering Thursdays on AMC+, features an exclusive sneak peek at Season 11 of The Walking Dead and is accompanied by The Best of The Walking Dead, a new collection featuring fan-favorite episodes for each character.

In “Daryl’s Story,” Reedus recounts how Daryl went from “a loner to protector and guardian of his chosen family” across ten seasons of The Walking Dead. Reedus narrates the 60-minute special consisting of clips from past episodes of The Walking Dead, which ends with an exclusive scene from the two-part Season 11 premiere airing August 15 on AMC+ and August 22 on AMC.

#TWD Origins: Daryl’s Story is available to stream TODAY exclusively on @AMCPlus and you don’t want to miss it! See Daryl’s journey as told by Norman Reedus himself PLUS get an EXCLUSIVE sneak peek at what’s in store next season! What are you waiting for? Stream it now! pic.twitter.com/QojCzneJZs

Accompanying the first episode of Origins is Best of Daryl, collecting such episodes as the Season 2 favorite “Chupacabra” and Season 9 episode “The Obliged.” The Walking Dead: Origins continues on Thursdays with new specials spotlighting Maggie, Negan, and Carol ahead of their return in The Walking Dead: The Final Season Part I.

ComicBook.com can also reveal an exclusive new image from Season 11 of The Walking Dead, above, featuring Daryl and Maggie on the dangerous mission taking the Alexandrians underground in “Acheron: Part I” and “Acheron: Part II.”