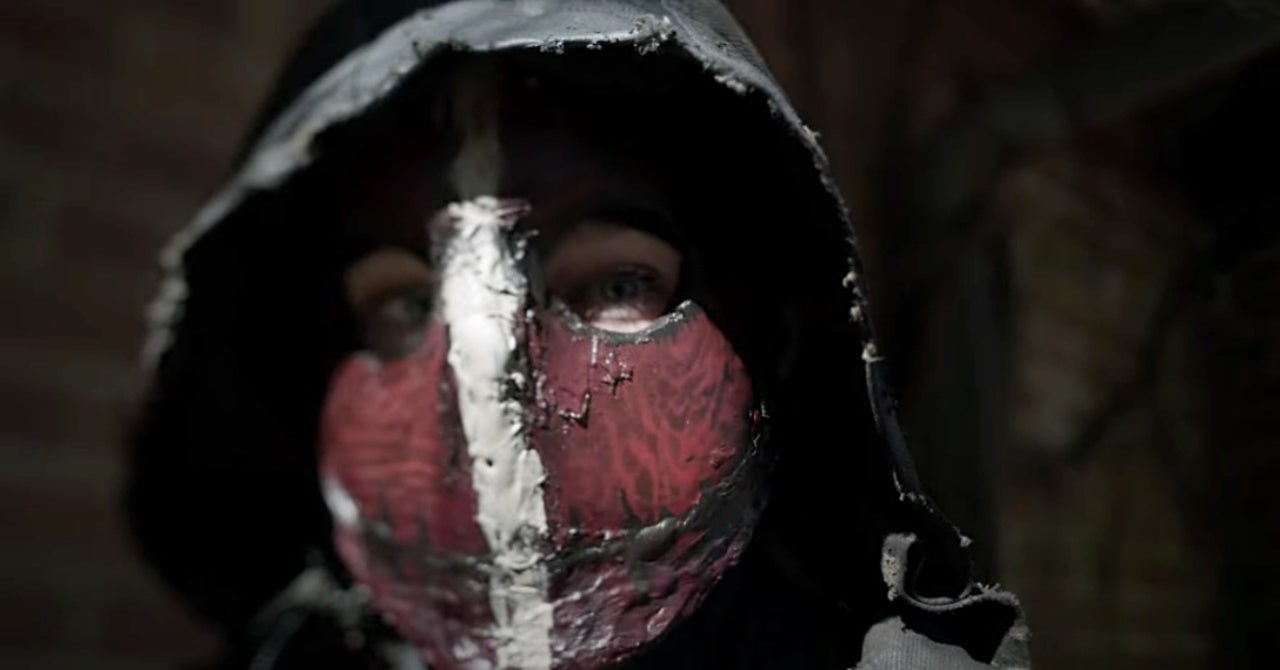 Don’t friend the Reaper: a Season 11 trailer released during San Diego [email protected] hints an old friend is among the masked villains hunting Daryl (Norman Reedus) and the survivors in the Final Season of The Walking Dead. A lone member of new enemy group the Reapers ambushed and nearly killed Daryl and Maggie (Lauren Cohan) in the extended Season 10 episode “Home Sweet Home,” where their camouflaged assailant (Mike Whinnet) uttered a cryptic explanation for the attack before blasting himself to smithereens with a grenade: “Pope marked you.” Before the Reapers attack again to start the Final Season, one of the masked marauders might be a character we’ve already met on The Walking Dead:

The most prominent Reaper glimpsed in the trailer is a hooded figure in a red-and-white mask who watches Daryl from the woods. Next to this person is Daryl’s dog — named Dog — who belonged to Daryl’s old flame Leah (Lynn Collins) before she vanished without a trace in the Season 10C episode “Find Me.”

In a flashback to the six years that Daryl spends in the woods searching for the body of the missing Rick Grimes (Andrew Lincoln), Leah tells Daryl about the only family she’s ever had: the “squad” who fought side-by-side with her for years. Leah offers another clue to her mysterious past when she lets Daryl keep a knife engraved with “F.S.” for the Latin phrase “Fortitudo Salutis” — roughly translated to mean support in times of war, according to Psalms 140 in the King James Bible — and shows off a skull face tattoo resembling the skeleton masks worn by the Reapers.

Is that Dog reunited with his original owner? Showrunner Angela Kang might have hinted at Leah as a Reaper during the Season 11 Comic-Con panel when she revealed new details about the “incredibly brutal” and “tight-knit” group of killers:

“They are incredibly skilled. And not skilled like they had to pick it up along the way,” Kang said of the Reapers. “They were skilled coming into the apocalypse. So every single one of them is like an incredibly brutal, organized warrior … These are the pinnacle of human killers. It’s just a very formidable type of enemy to go up against.”

Kang added: “They don’t rely on numbers and volume of people to fight against in order to kind of survive, so they’re a tight-knit group, and they’re just really formidable in a way that our characters don’t often come across.”

Reedus previously told EW the Daryl-Leah relationship is “not really what it seems to be” before teasing Leah’s story will “go other places” after her guest appearance in Season 10C. Collins later teased her return to TWD, telling fans to “keep watching” to find out what becomes of Leah after her mysterious disappearance.