The Walking Dead Season 11 Trailer: The Beginning of the End 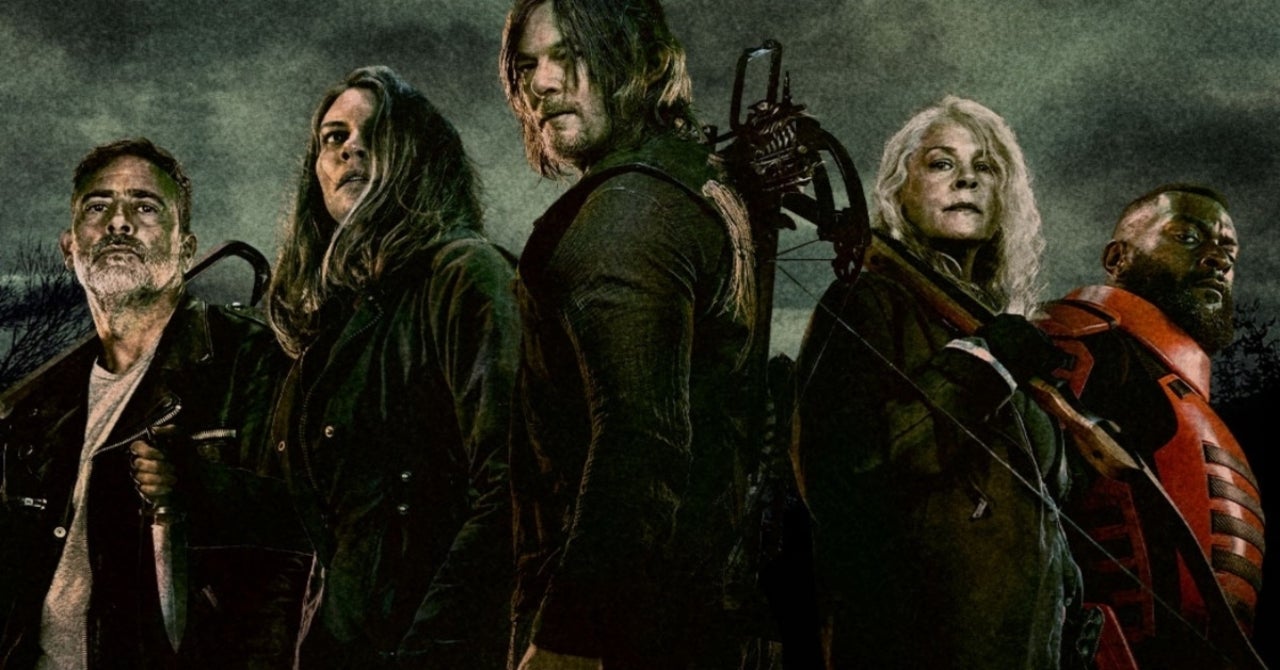 It’s the beginning of the end for The Walking Dead. In the three-part Season 11, premiering August 15 on AMC+ and August 22 on AMC, the survivors are rebuilding Alexandria after silencing Alpha (Samantha Morton) and Beta (Ryan Hurst) to end the Whisperer War in Season 10. First season originals Daryl (Norman Reedus) and Carol (Melissa McBride) are reunited with Maggie (Lauren Cohan) when the groups co-existing with Negan (Jeffrey Dean Morgan) come together behind the walls of one community for the first time, but the heroes find their world getting even bigger with the discovery of the newest civilization in the Walking Dead Universe.

Get your first look at the trailer revealed Saturday during San Diego Comic-Con 2021, where showrunner Angela Kang said The Walking Dead is going to “go out with a bang.”

“We’re back to our big, scope-y, massive, just extravaganzas with lots of great character interactions between the people we love,” Kang said. “But also our stunts and scares and all of that fun stuff that I think is, for all of us working on it, part of the joy of working on this show. Season 11, we kind of go in hard with some new stories, and new characters, and I’m really excited to share it with the audience.”

TWD Universe chief content officer Scott Gimple previously revealed the 24-episode final chapter of The Walking Dead begins with “eight action-packed episodes that will feature the massive scope and scale fans have come to expect from TWD Universe.” The eight-episode Season 11B and the eight-episode Season 11C will air in 2022, culminating in the series finale of The Walking Dead.

In the Final Season of The Walking Dead:

Now all who live in Alexandria struggle to refortify it and feed its increasing number of residents, which include the survivors from the fall of the Kingdom and the burning of Hilltop; along with Maggie and her new group, the Wardens. Alexandria has more people than it can manage to feed and protect. Their situation is dire as tensions heat up over past events and self-preservation rises to the surface within the ravaged walls. They must secure more food while they attempt to restore Alexandria before it collapses like countless other communities they have come across throughout the years. But where and how?

More haggard and hungrier than ever before, they must dig deeper to find the effort and strength to safeguard the lives of their children, even if it means losing their own. Meanwhile, unbeknownst to those at Alexandria, Eugene, Ezekiel, Yumiko, and Princess are still being held captive by mysterious soldiers who are members of a larger and unforthcoming group.