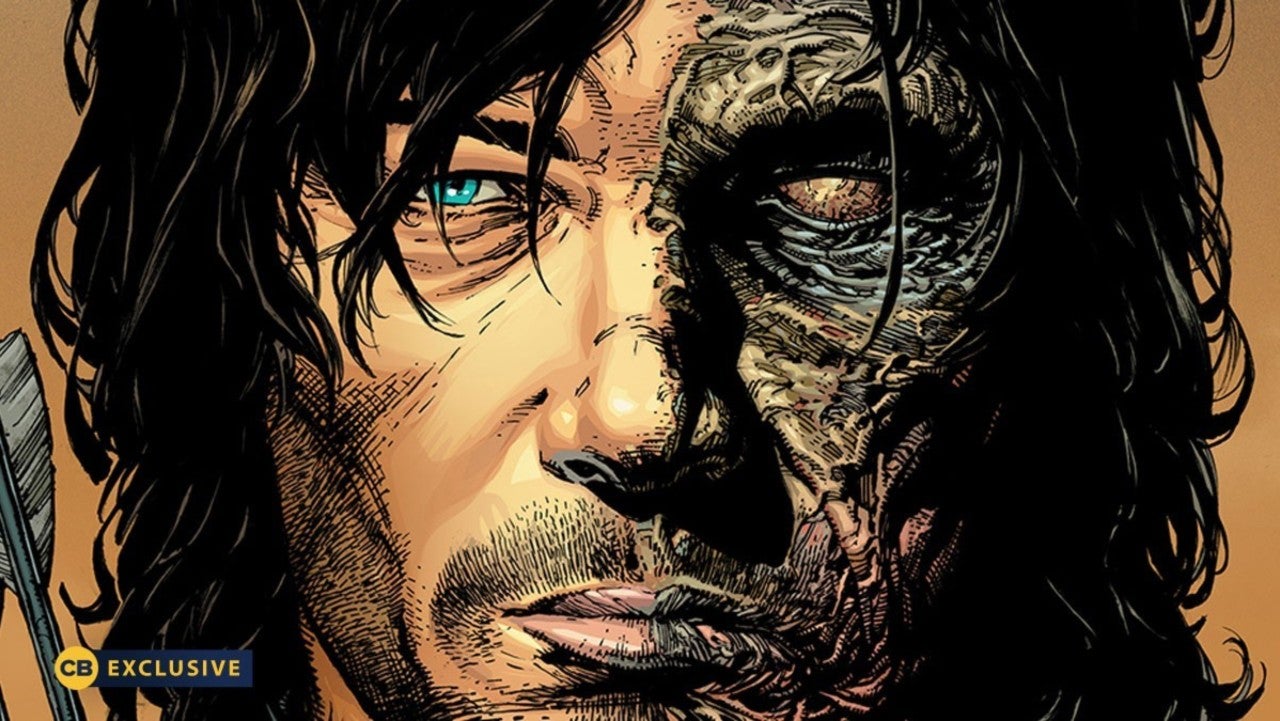 Fans of The Walking Dead will get a fascinating behind the scenes look at the Walking Dead universe thanks to Skybound Entertainment, AMC Networks, and Image Comics’ new The Art of AMC’s The Walking Dead Universe hardcover, but fans who order the limited edition version will also get a one of a kind debut. Superstar artist David Finch has crafted a limited edition cover to the book that features the comic debut of fan-favorite character Daryl Dixon (played by Norman Reedus). Daryl has never been featured in the comics in any form, and he is brought to life in stunning fashion on the slick new cover.

The cover features a close-up of Daryl’s face with one half of his face sporting a walker makeover, and the Finch variant is available on the Skybound Store right now while supplies last. You can check out the new cover below, and the hardcover will retail for $80.00.

“This is the first time that Daryl Dixon has been brought to life in comic book form by Skybound and we couldn’t be more thrilled to have David Finch do the honors with his incomparable style,” said Sean Mackiewicz, SVP, Editor-in-Chief, Skybound Entertainment. “The Art of AMC’s The Walking Dead Universe is an essential must-read for any fan of the hit AMC series and we’re thrilled to offer this limited-edition version right now for fans who want to own a special piece of TWD history.”

In addition to the standard and variant covers, The Art of AMC’s The Walking Dead Universe features behind the scenes pre-production and production art from all three of AMC’s Walking Dead series, and will also include never before seen original sketches, concept art, storyboards, special product illustrations, and more.

In addition, the special hardcover will include an introduction by The Walking Dead Universe Chief Content Officer Scott M. Gimple as well as fun facts from creators and crew members on all three series.

You can check out the official description below.

This limited-edition, Skybound Store exclusive features Daryl Dixon cover art by David Finch & Dave McCaig. It also features an introduction by Chief Content Officer, SCOTT M. GIMPLE, as well as other compelling anecdotes and fun facts from The Walking Dead creators and crew! A must-have for anyone who has ever shouted, “We are the Walking Dead!”

Will you be picking up the limited edition Daryl cover? Let us know in the comments!