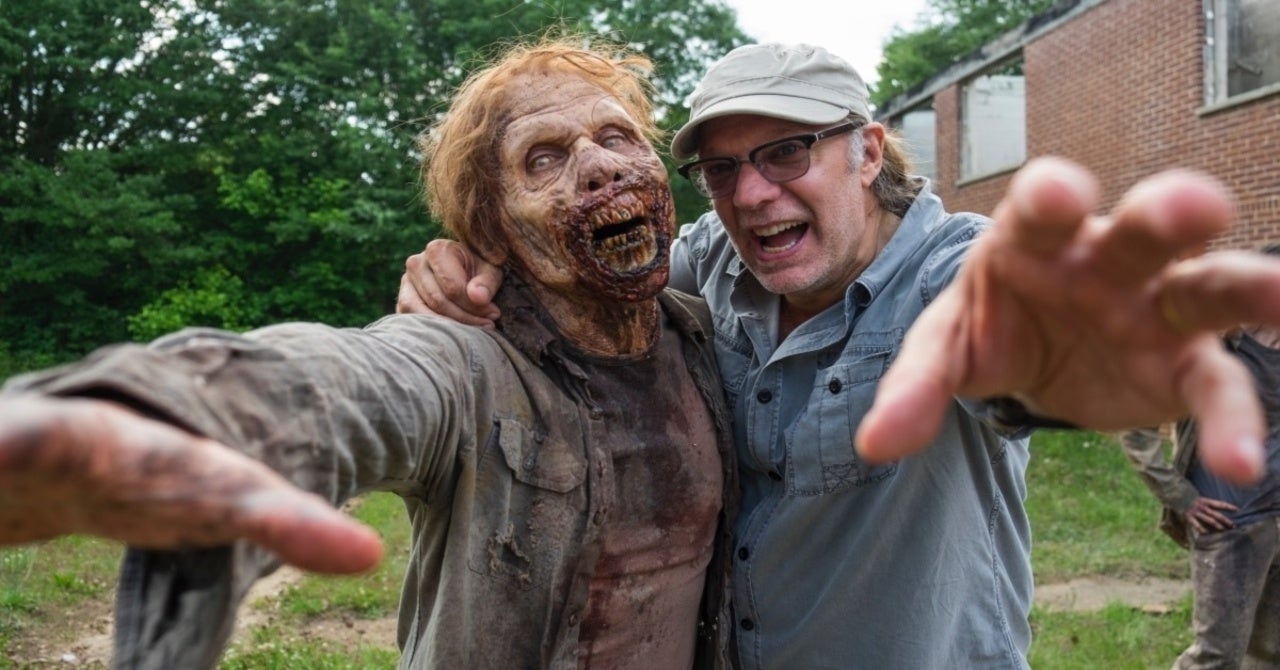 The Walking Dead veteran special effects make-up artist and director-producer Greg Nicotero opens up about the looming finale of the zombie drama, which will air its 24-episode Final Season in three parts before coming to an end in 2022. Ahead of the extended Season 11, premiering August 22 on AMC, Nicotero reveals how he caught up with former series stars Andrew Lincoln (Rick Grimes), Sarah Wayne Callies (Lori Grimes), and Steven Yeun (Glenn Rhee) to reflect on the beginning of The Walking Dead — and how it’s all coming to an end.

“I was talking to Sarah Callies the other day, and I was talking to Steven and Andy. And just the idea that everything that we’ve done, everything that we’ve worked for will come to an end,” Nicotero told ComicBook‘s Brandon Davis ahead of [email protected], where the Creepshow showrunner joins a virtual panel for Season 3 of the Shudder series. “I think by the time we get to the finale, man, it’s going to be hard to say goodbye to these people. It’ll have been a third of my career I’ve been working on Walking Dead.”

Nicotero continued: “My kids grew up on the show. I watched people get married. Norman [Reedus] had a baby. Sonequa [Martin-Green] had a baby. Alanna [Masterson] had a baby. Christian [Serratos] had a baby. All these people that I met and worked with, now they’re moms and they’re dads and [they have] families.”

Colloquially known as “TWD Family,” Nicotero added the cast and crew of the AMC series have been tight-knit since series developer and original showrunner Frank Darabont assembled the “ultimate cast” for the first season in 2010.

“You don’t understand unless you’re in it, that it’s not just a job. The Walking Dead has never been just a job,” Nicotero said. “The Walking Dead has been the lightning-in-a-bottle conglomeration of people that come together and collaborate with like minds. And listen, Darabont put the ultimate cast together, and I’ve always said that it all started with that DNA that was injected into The Walking Dead 11 years ago.”

Reedus and Melissa McBride are the only remaining cast members from that first season and will continue the story of The Walking Dead in the untitled Daryl & Carol spin-off in development for a 2023 bow on AMC. Other projects in the works at AMC include the franchise’s first feature film, centered on Lincoln’s Rick Grimes in a new corner of the zombie apocalypse, and the anthology spin-off series Tales of the Walking Dead.