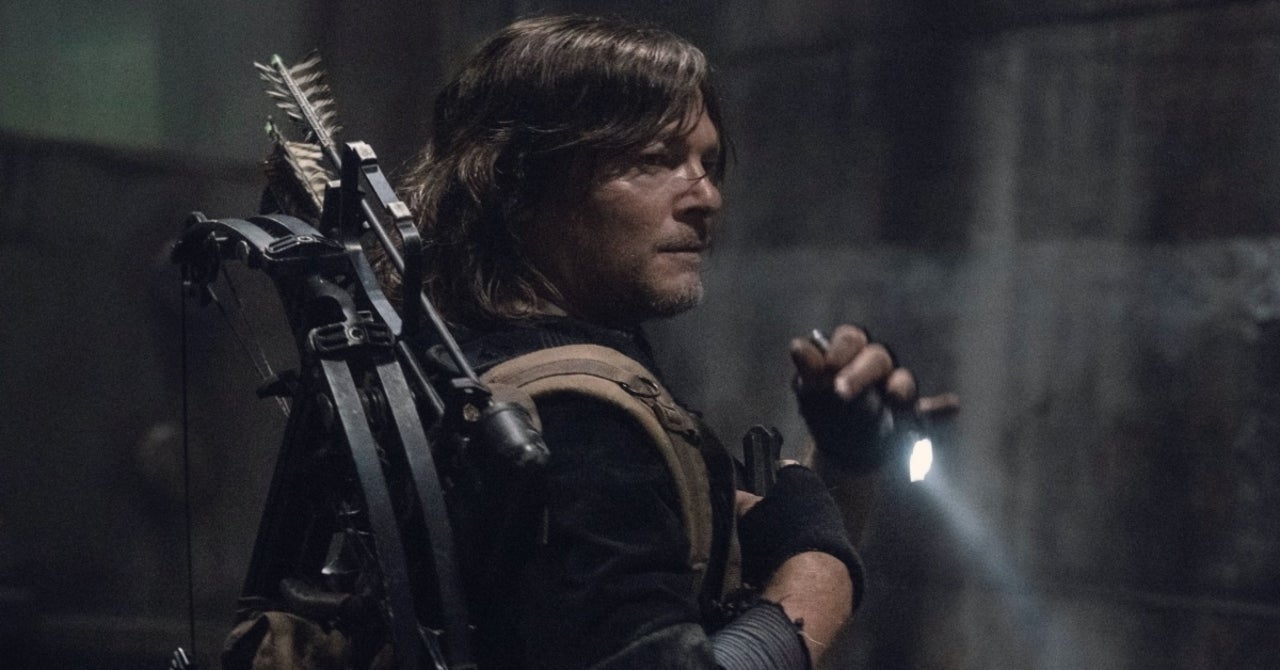 Norman Reedus teases a head-turning, mind-blowing sendoff season of The Walking Dead that twists in a new direction after Part One of the Final Season Trilogy. The expanded 24-episode Final Season, premiering with “Acheron: Part I” August 22 on AMC, reunites Daryl Dixon (Reedus) with Maggie Rhee (Lauren Cohan) after old enemy Negan (Jeffrey Dean Morgan) crashes her homecoming in the extended Season 10. Together with Maggie’s new group, the Wardens, they’ll fight to ward off the many masked killers hunting them like prey: the Reapers.

One of the villains attacked Maggie and Daryl in the explosive ending to “Home Sweet Home,” putting the group on edge behind the battered walls of an Alexandria struggling to survive in the wake of the Whisperer War.

“[Daryl is] protecting the kids a lot, to be honest, and…he’s protecting Maggie a lot,” Reedus said in an exclusive interview with ComicBook about the community home to RJ (Antony Azor) and Judith Grimes (Cailey Fleming), the children of Michonne (Danai Gurira) and Rick Grimes (Andrew Lincoln). “Maggie’s going through a big thing at the beginning of this season, he kind of takes it upon himself to keep an eye on her and be part of that journey.”

Reedus added that journey “turns into a larger fight, which turns into something completely different. But I think he’s taking care of people and he’s protecting people, but he’s also with everybody else kind of protecting [their home].”

As Maggie confronts the dark past she thought she left behind during her years away on the road between Seasons 9 and 10 of The Walking Dead, an old friend returns to twist the knife when Season 11A pits the survivors against formidable new enemies the Reapers.

“It’s kind of mind-blowing where we’re going,” Reedus said of the super-sized Season 11 airing through 2022. “We did the first 10 episodes kind of in one direction, and that involved Maggie’s story mostly, and us trying to deal with what’s going on with that as a group. And then all of a sudden, we did a one-eighty, and now it’s kind of like Willy Wonka’s chocolate factory all of a sudden.”

“It’s completely different,” continued Reedus. “We’re all doing The Exorcist right now, all of our heads are spinning in a circle. Yeah, we’re all Linda Blair right now. I mean, things go from a black and white western to a technicolor Willy Wonka film like that, and it’s crazy.”