These Movies About Italy Make for the Best Vacation Night In 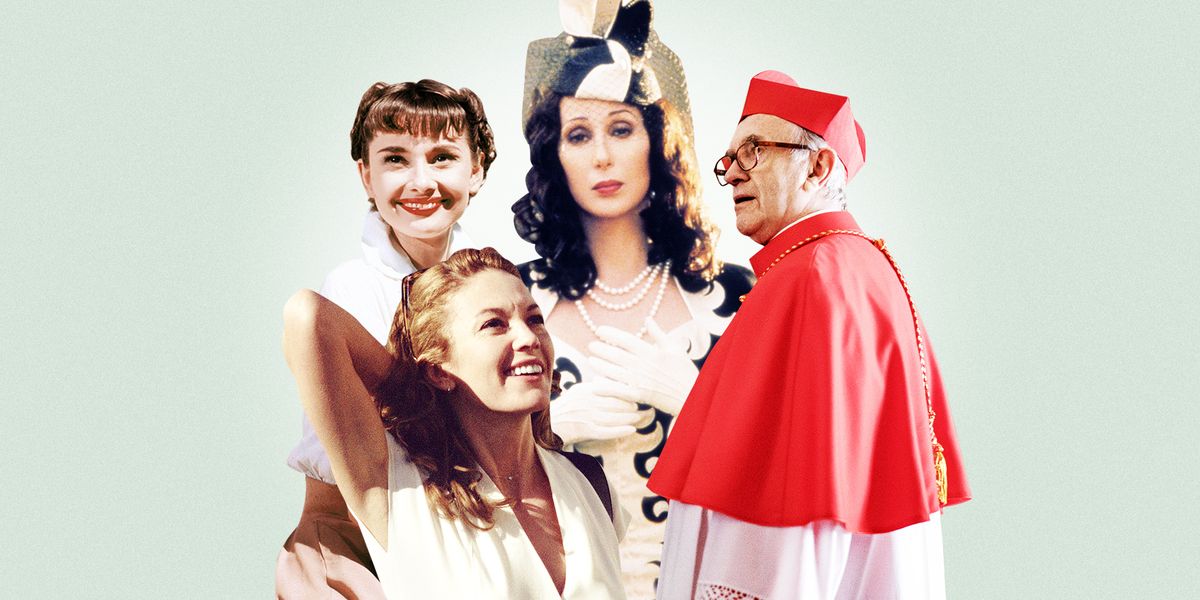 We have now been living a pandemic-induced alternative life for around 74 years. Unless you’re some kind of diplomat or you’re rich rich, that also means you haven’t been able to travel. Granted, that’s hardly the worst consequence of a year in quarantine times, but it’s also a bummer. For the travel bugs in the audience, the closest thing you can get to scratching that jet setting itch is watching a film that captures the essence of the place you want to go. So here we are, finding Italian films that pairs perfectly with lasagne and a youthful chianti.

This is an everybody list. You have your classics like The Godfather (ok, this is based in New York, but fun fact—parts were shot in Sicily!) and The Talented Mr. Ripley. And then you have your guilty pleasures like Under the Tuscan Sun and La Dolce Vita. Why does Italy make for such a perfect setting in so many movies? Because it taps into something really carnal about us: pleasure and anger and rich food and ripe alcohol.

Take a night and leave the dreariness of your house or apartment behind by diving headfirst into the TV (not literally: you cannot enter your TV). Become one with Italy, however you like to imagine it.

You have to love a heist movie that has Charlize Theron and Mark Wahlberg racing Mini Coopers through the streets of Italy. The F. Gary Gray film is actually an homage to the original film, which came out in 1969, but in its own way, The Italian Job has become a classic all its own.

Under the Tuscan Sun

Who among us hasn’t suffered a crippling divorce, taken our lesbian friends up on their offer to commandeer their LGBTQ-centric tour of Italy, and then hopped off the tour bus to buy a villa in Tuscany to restart our lives? OK, that’s oddly specific, but this Diane Lane film that takes a twist on the conventional rom com is a prime comfort food movie for everyone.

Call Me By Your Name

I’m not sure there’s a more aesthetically pleasing film on the list. Starring Timothée Chalamet and Armie Hammer, Call Me By Your Name is a coming of age film set in Italy and drenched in beautiful people, beautiful food, and a beautiful story about the first time you fall in love (and lose it).

Ok, so Spectre was only partially shot in Italy, but this car scene alone means it has to be included on the list. Sam Mendes’ 2015 Bond flick is like a quick tour of the Western world, stopping in Italy, Mexico, London, Austria, and more, but those shots of Rome are some of the most stunning from the bunch.

I mean, it’s Gregory Peck and Audrey Hepburn in one of the most iconic romantic comedies ever. Roman Holiday sets the two up as a roving American reporter and a European princess on holiday, respectively. Written by Dalton Trumbo, the film garnered Hepburn an Oscar, but the quiet third lead is the location of Italy that serves as a gorgeous backdrop for their love story to unfold.

Ridley Scott’s historical epic starring Russell Crowe doesn’t need an introduction. Gargantuan in scale, the film follows a Roman general whose fall from elite status reduces him to slavery, then a gladiator’s life. He must fight through the throes of Roman ranks for the hope to seek revenge on behalf of his family.

We’re going to recommend a movie you can’t refuse. This list would simply not be complete without Francis Ford Coppola’s 1972 The Godfather. The classic about a crime family in the midst of a power shift is a pioneer in the crime genre, but beyond its cultural impact, some of the most famous parts of The Godfather were shot in Sicily (i.e: the wedding).

Once upon a time, there was this film starring Judi Dench, Maggie Smith, and Cher. It had Oscar buzz, and yet, it’s remains largely buried 20 years later as a relic of the 1999 film year. Set in the 1930s, the story follows a little boy who is being watched by the three actresses whilst the Allied forces declare war on fascist Italy.

La Dolce Vita is a 1960s dramedy that has become a classic staple in Hollywood history. Directed by Federico Fellini, the film is broken into seven episodes that follow a journalist’s listless pursuit of love and romance during a week in Italy. La Dolce Vita has come to be known as one of the most revered films in the world despite only winning one Oscar (for costume design, no less).

Not that the Catholic Church isn’t without its squabbles (gestures wildly to history, gestures more specifically to Spotlight), it is an integral part of Italian-set cinema. Cut to The Two Popes—a 2019 Oscars contender starring Jonathan Price and Anthony Hopkins as Pope Benedict and Pope Francis, respectively, as two men who have conflicting views despite one succeeding the other as the figure head for one of the world’s largest religions.