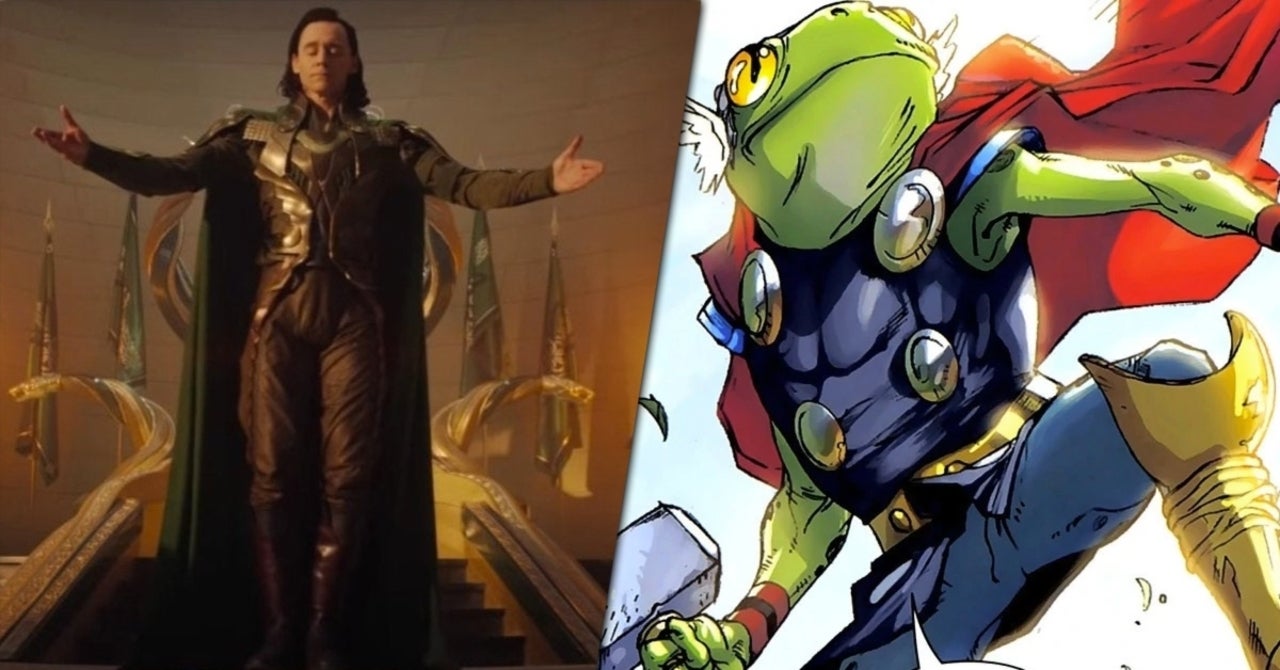 Loki fans caught a glimpse of Throg in the opening moments of “Journey Into Mystery,” trying to break out of a jar that was trapped underground. While the character appears for just a moment, one Loki writer soon revealed the beloved Asgardian variant was initially supposed to appear in the series more at length. Now, Loki composer Natalie Holt has pinpointed the scene to some footage fans have already seen — the sequence included in the show’s marketing that suggested King Loki was coming to power.

In a new interview with The Direct, Holt reveals Throg was initially supposed to show up during the King Loki sequence and lay a beatdown on the god of mischief.

“That was a moment in Episode 1. When Mobius is showing [Loki] his life, there were more moments in there,” Holt said of the Throg sequence. “I think they just kind of cut it down to kind of give it a bit more focus. But there were a few extra moments in there, and that Frog of Thunder moment was one of them. I had actually written, I had done something with choir for it like it was this big, grand moment where Loki takes over the crown in Asgard, and then you see Thor as a frog.”

The composer quickly confirmed it was that same sequence with Loki (Tom Hiddleston) standing near a gold-plated Asgardian throne.

“Yeah! Where he’s like, rising like this [raises her arms] and he’s wearing a crown,” Holt added. “Yeah, that was part of it. It was going to be in it.”

Comic fans will notice the Frog of Thunder in that jar. We actually shot a scene for the Time Theater in Ep 1 of Loki getting pummeled by Frog Thor, but had to cut it to keep things moving. It’s too bad, because Tom was funny as hell. #LokiMidnightTheater