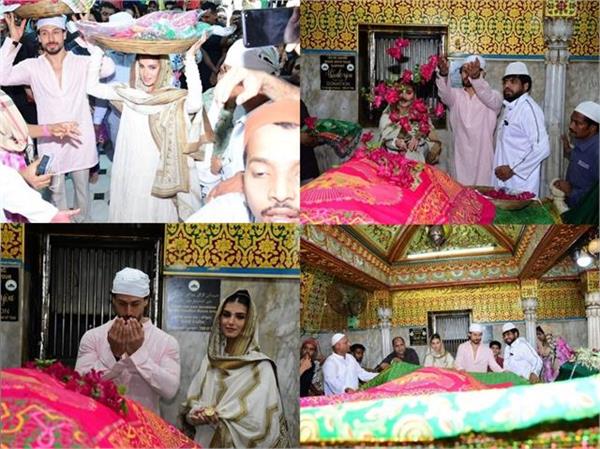 Mumbai- Bollywood actors Tiger Shroff and Tara Sutaria are in the news these days for their upcoming film ‘HeroPanti 2’. Tiger and Tara starrer ‘HeroPanti 2’ is just one day away from release. The film is set to release on April 29. Before the release of the film, Tiger and Tara reached Dargah. Where he raised his hand and prayed for the success of the film. Pictures of Tiger and Tara from Mahim Dargah are everywhere. According to tradition, the two were seen carrying a wreath of flowers on their heads and both went to the Dargah and asked for prayers. Tiger and Tara laid flowers and sheets on the shrine, recited prayers. Pictures of him reciting prayers have also surfaced. Meanwhile, Tiger was seen wearing white pajamas and a hat. He laughed and posed for the paparazzi. Tara also arrived at the Dargah in traditional attire to offer prayers. Speaking of looks, the star looked beautiful in a white frock suit with a golden border. He had a silver dot on his forehead and a pallu on his head. 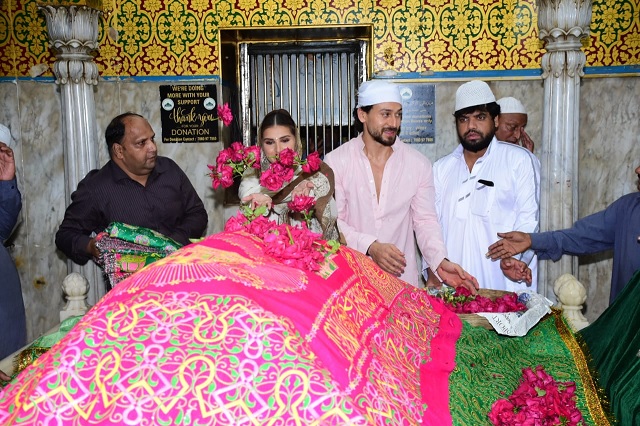 This is the second time the two have appeared together in a film. Earlier, Tara Sutaria appeared with Tiger in ‘Student of the Year’ which was her debut film. The film did not run but Tara did make her mark in Bollywood. 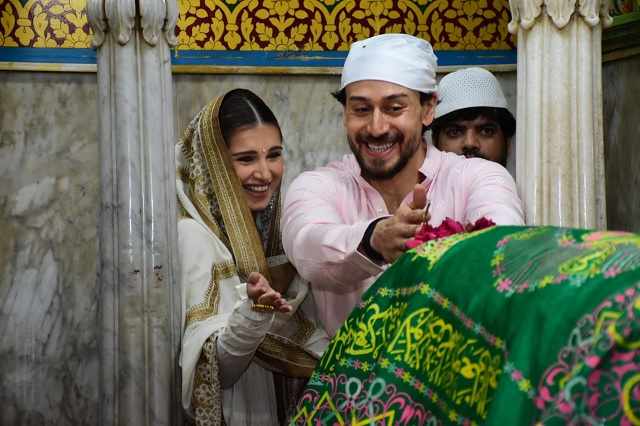